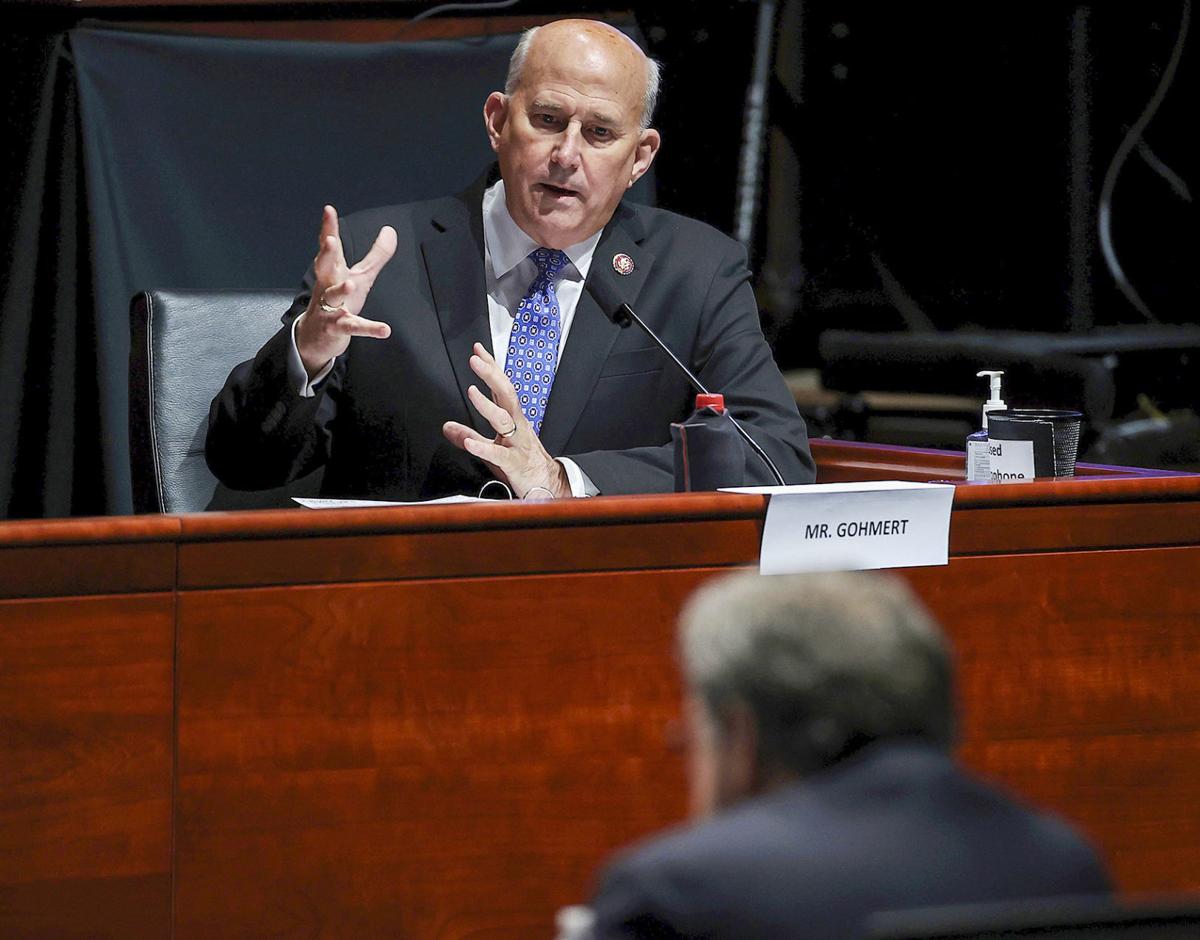 Rep. Louie Gohmert, R-T, questions Attorney General William Barr during a House Judiciary Committee hearing on the oversight of the Department of Justice on Capitol Hill on Tuesday in Washington. 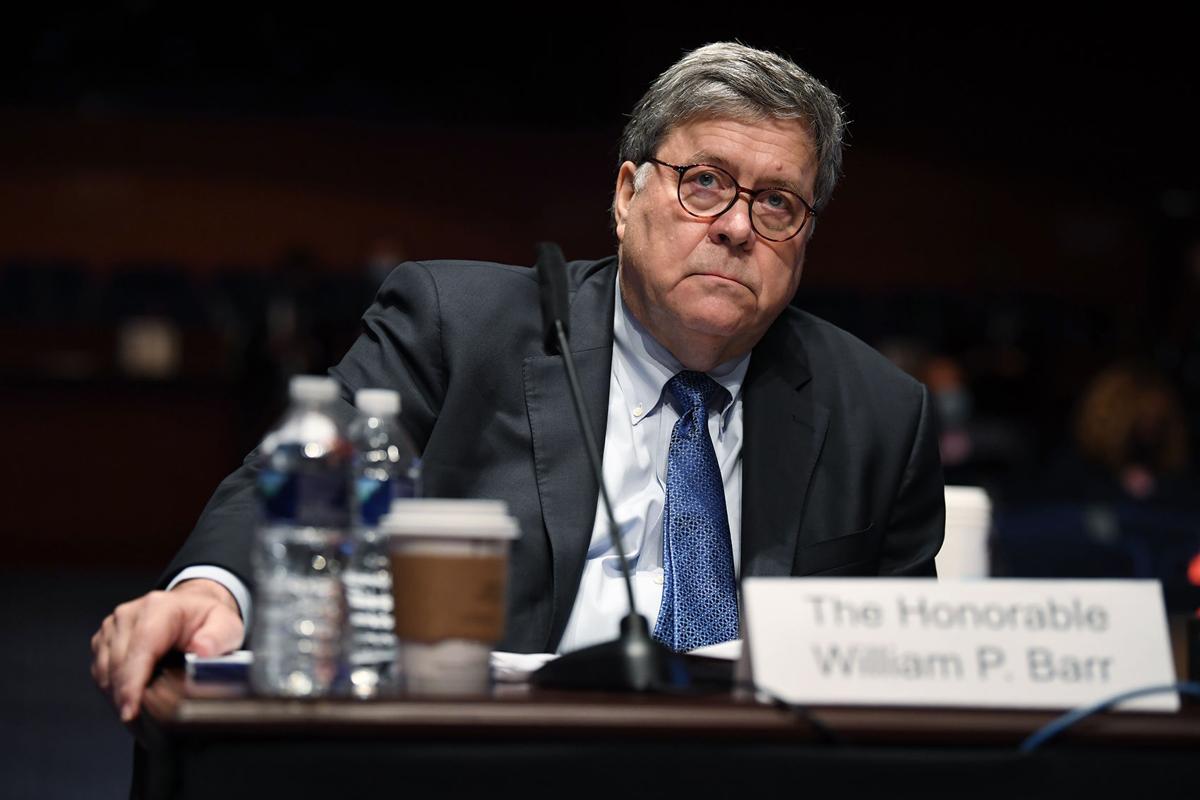 Rep. Louie Gohmert, R-T, questions Attorney General William Barr during a House Judiciary Committee hearing on the oversight of the Department of Justice on Capitol Hill on Tuesday in Washington.

The 66-year-old lawmaker failed the pre-screening required to come into contact with the president, he said in a video message to constituents. He had been set to fly to West Texas for a rally with President Donald Trump on Tuesday.

“I went to the White House today and before you go in they test you with the quick test,” Gohmert said. “It tested positive, but they get false positives sometimes. They tested me with the swab that goes way up into your sinuses, and it finally came back. It was positive too.”

Gohmert told Fox News that he would take the controversial hydroxychloroquine to treat the virus.

“My doctor and I are all in,” Gohmert told Sean Hannity on Wednesday evening, adding that he will start the regimen in the “next day or two.”

Hydroxychloroquine, an anti-malaria drug, has been touted by Trump as a possible cure for COVID-19, despite research that has shown the drug is not effective in treating the virus.

The U.S. Food and Drug Administration withdrew its emergency-use authorization for the drug, warning against the use of hydroxychloroquine or chloroquine for COVID-19 outside of the hospital setting or a clinical trial because of the risk of heart rhythm problems. The drug and its more toxic variant, chloroquine, can also cause blindness and liver failure.

And Dr. Anthony Fauci, one of the nation’s top infectious disease experts, agreed with the FDA’s decision Wednesday, one day after Trump said he still thinks the drug can treat COVID-19.

“The overwhelming prevailing clinical trials that have looked at the efficacy of hydroxychloroquine have indicated that it is not effective in (treating the) coronavirus disease,” Fauci said.

FDA head Dr. Stephen Hahn has said the drug is ineffective and can cause heart problems and other issues and lamented that the experimental treatment had become “politicized.”

“The president has been very clear about this: It might work. It might not work,” the Trump appointee told ABC News. “We have to have the data to figure this out. That’s what happened … as we collected that data. We saw the data.”

Barr tested negative for the virus on Wednesday, but health guidelines warn that being tested too soon after exposure can led to a false-negative.

Gohmert, who has has been seen walking around the Capitol without a face covering, told CNN last month that he did not wear a mask because he was being tested regularly for the virus.

“I don’t have the coronavirus, turns out as of yesterday I’ve never had it. But if I get it, you’ll never see me without a mask,” he told CNN in June.

Gohmert increasingly has been photographed wearing a mask or bandana on the House floor and said Wednesday he had been regularly using face coverings recently.

On Tuesday, Gohmert attended a House Judiciary Committee with Barr and top lawmakers.

“I wore a mask most of the time especially around folks,” he told KETK-TV. “Except for when I was speaking I had a mask on.”

Video circulating on social media shows Barr and Gohmert walking side by side without masks. The Hill reporter Olivia Beavers said Gohmert waited for Barr outside the restroom and the two exchanged comments before returning to the hearing.

“Would say from memory, they were within arms length,” Beavers tweeted before providing cellphone video.

Democrat Hank Gilbert, also of Tyler, said Gohmert lied about wearing a mask around other people after viewing the video of his Republican opponent and Barr together.

“I’m truly sorry that Louie Gohmert contracted COVID-19. I wouldn’t wish that on anyone, and I know that the people of his district will join me in sending Louie their thoughts and prayers — sincerely — for a full recovery,” Gilbert said. “However, the fact that he still will not support the mask mandate of our own governor is truly disturbing.”

Judiciary Chairman Jerry Nadler, D-N.Y., chastised several GOP lawmakers for taking off their masks during the hearing, though Gohmert, who is not a stranger to clashes with Nadler, was not among those called out by name. Gohmert said he wore a mask during the hearing, and photographs show a mask on the table in front of him while he was publicly questioning Barr.

House Speaker Nancy Pelosi on Wednesday chided Gohmert for not always wearing a mask in the Capitol.

“I’m so sorry for him. But I’m also sorry my members are concerned because he has been showing up at meetings without a mask and making a thing of it. Hopefully now he will look after his health, and others,” Pelosi told reporters.

Pelosi announced Wednesday evening that all members will be required to wear a mask when voting on the House floor and that one will be provided if anyone forgets. Several hours later, the House sergeant-at-arms and the Capitol’s top physician issued an order requiring masks inside House office buildings, with few exceptions. That mandate went into effect Thursday.

Gohmert’s positive test raised further questions about the lack of mask and testing requirements in the Capitol as members frequently fly back-and-forth from their hometowns and gather for votes, hearings and news conferences.

Several GOP senators said they were pushing for more regular testing in the Capitol, as there is currently no testing program or requirements.

“I think particularly for members of Congress who are going back-and-forth, they represent sort of the perfect petri dish for how you spread a disease,” said GOP Sen. Roy Blunt of Missouri, chair of the Senate Rules Committee. “You send 535 people out to 535 different locations, on about 1,000 different airplanes, and bring them back and see what happens.”

Gohmert also voted on the House floor Tuesday and attended a House Natural Resources Committee hearing, where a staff member sat close behind him on the dais as he talked without a mask. The chair of that committee, Democratic Rep. Raúl Grijalva of Arizona, said he would self-quarantine.

“In the meantime, my work schedule and the lives of my employees are disrupted,” Grijalva said. “This stems from a selfish act by Mr. Gohmert, who is just one member of Congress.”

When Gohmert flew to Washington on Sunday, he sat next to Rep. Kay Granger, R-Texas, who also went into quarantine after learning of her colleague’s test results. A third lawmaker, Republican Rep. Mike Johnson of Louisiana, said he was advised to quarantine after having dinner with Gohmert on Monday.

Mask wearing had been strongly encouraged but not enforced for lawmakers in the Capitol, while other workers and law enforcement officers were required to wear masks. Committees had rules requiring face coverings in hearing rooms, but until now, they hadn’t been required in hallways or personal offices.

In a letter late Wednesday, House Majority Leader Steny Hoyer, D-Md., wrote to the House Office of Employee Assistance and, citing Gohmert’s positive test, asked if officials there had “sufficient resources to meet the greater demand for staff counseling created by these incidents.” He asked that the office take additional measures to publicize its services.

Most senators had worn masks, but a few had refused, including Republican Sen. Rand Paul of Kentucky, a doctor who says it’s unnecessary because he previously tested positive for the virus. There is no proven science saying that a person cannot get the virus again.

Gohmert suggested that he might have contracted the virus by wearing a mask. He later clarified that he felt he may have spread the virus from his hands to his mask while adjusting it. Medical experts say masks are one of the best ways to prevent transmission of the virus, which is thought to mainly spread through people who are in close contact.

Blunt said he believes that lawmakers should be tested every time they travel and that staff and others should be tested occasionally. He said McConnell and the Capitol physician would have to be on board for that to happen, and he doesn’t know why it hasn’t.

Gohmert drew attention in March after he returned to the Capitol despite potential exposure to the virus at the Conservative Political Action Conference. He said at the time he had been cleared by the Centers for Disease Control and Prevention to resume business in Washington. Other lawmakers who attended the conference, including U.S. Sen. Ted Cruz, opted to self-quarantine.

Gohmert supporters who clashed with activists at a Protest Portland Rally in Tyler on Sunday were photographed not wearing masks and not following social distancing protocols set forth by state and federal officials.

The Tyler Republican will face Gilbert, the organizer of the Portland protest, on the November ballot.