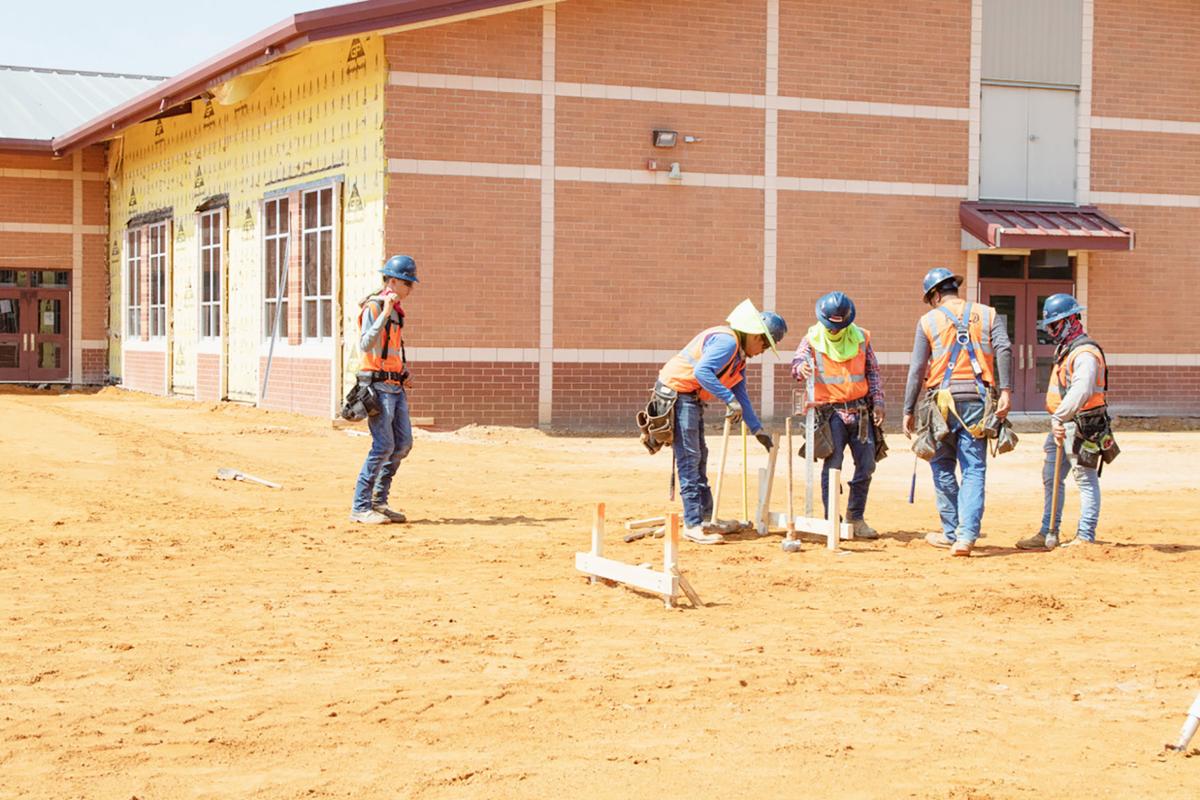 Contractors continue scheduled summer work at McMichael Middle School as part of Nacogdoches ISD’s ongoing bond project construction. The school district has canceled summer programs for kindergarten through 8th grade due to the ongoing pandemic, while summer credit courses are continuing at the high school.

Contractors continue scheduled summer work at McMichael Middle School as part of Nacogdoches ISD’s ongoing bond project construction. The school district has canceled summer programs for kindergarten through 8th grade due to the ongoing pandemic, while summer credit courses are continuing at the high school.

NISD in May postponed the start of summer school until July 6.

“We were considering hosting some classes in person under guidelines provided by TEA,” Nacogdoches ISD spokesman Les Linebarger said.

But there was limited interest, he said, with many parents concerned about virus spread and others weary from dealing with online schooling while campuses were closed.

Looking forward, the school year is still expected to begin on Aug. 24, unless other direction is given by the Texas Education Agency. In a briefing for Texas school superintendents Tuesday afternoon, state officials did not release any guidelines for in-person classes for the coming school year.

Draft documents reportedly posted mistakenly to the TEA website did issue safety recommendations but left mandates up to individual districts, the Texas Tribune reported on Tuesday.

A parent survey sent out by Nacogdoches ISD over the summer shows 53% prefer the original school start date of Aug. 24, while 42% were OK with starting classes as early as Aug. 3.

“We wanted to let our parents and staff know, as well as the community, that we plan on classes beginning Aug. 24,” NISD Superintendent Dr. Gabriel Trujillo said in an statement issued June 16 after the survey results were returned. “While there could be some things that happen later in the summer that affect that, our hope is we can begin classes on that date.”

In addition, the district is considering adjustments and additional days off for second half of the 2020-21 academic calendar to accommodate additional school closings if they are warranted.

Parents seeking online educational activities for students during the summer can access Digital Learning Parent Resources at nacisd.org. Select the “NISD Digital Resources” button at the top of the homepage.