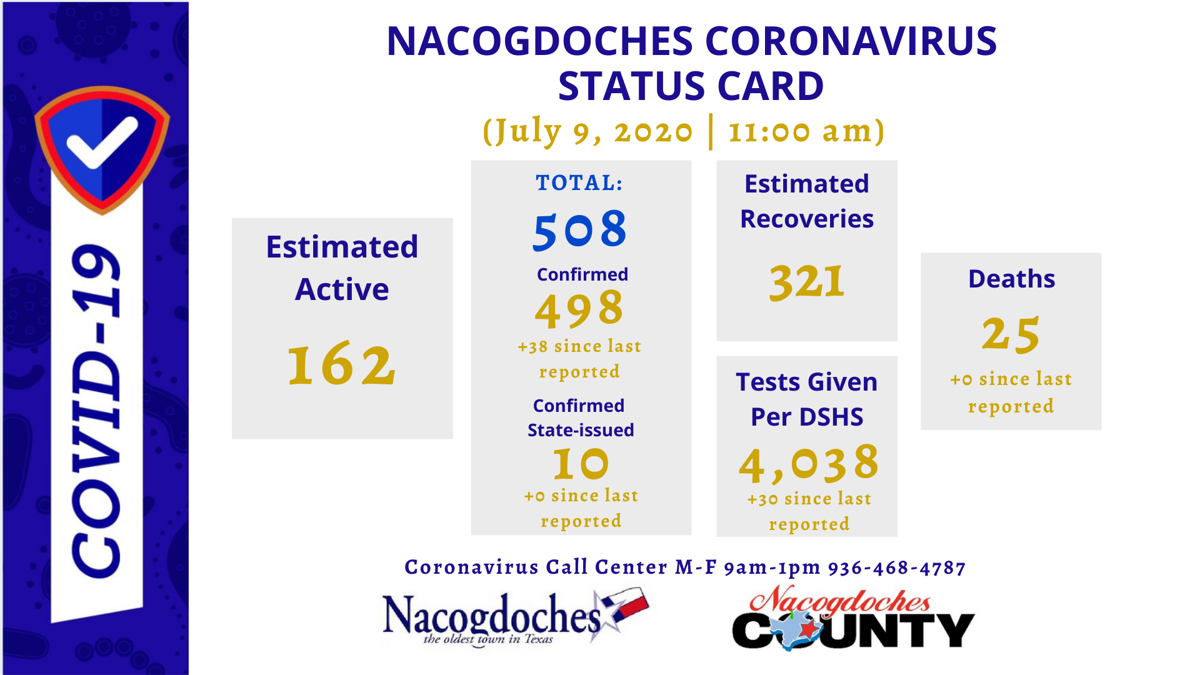 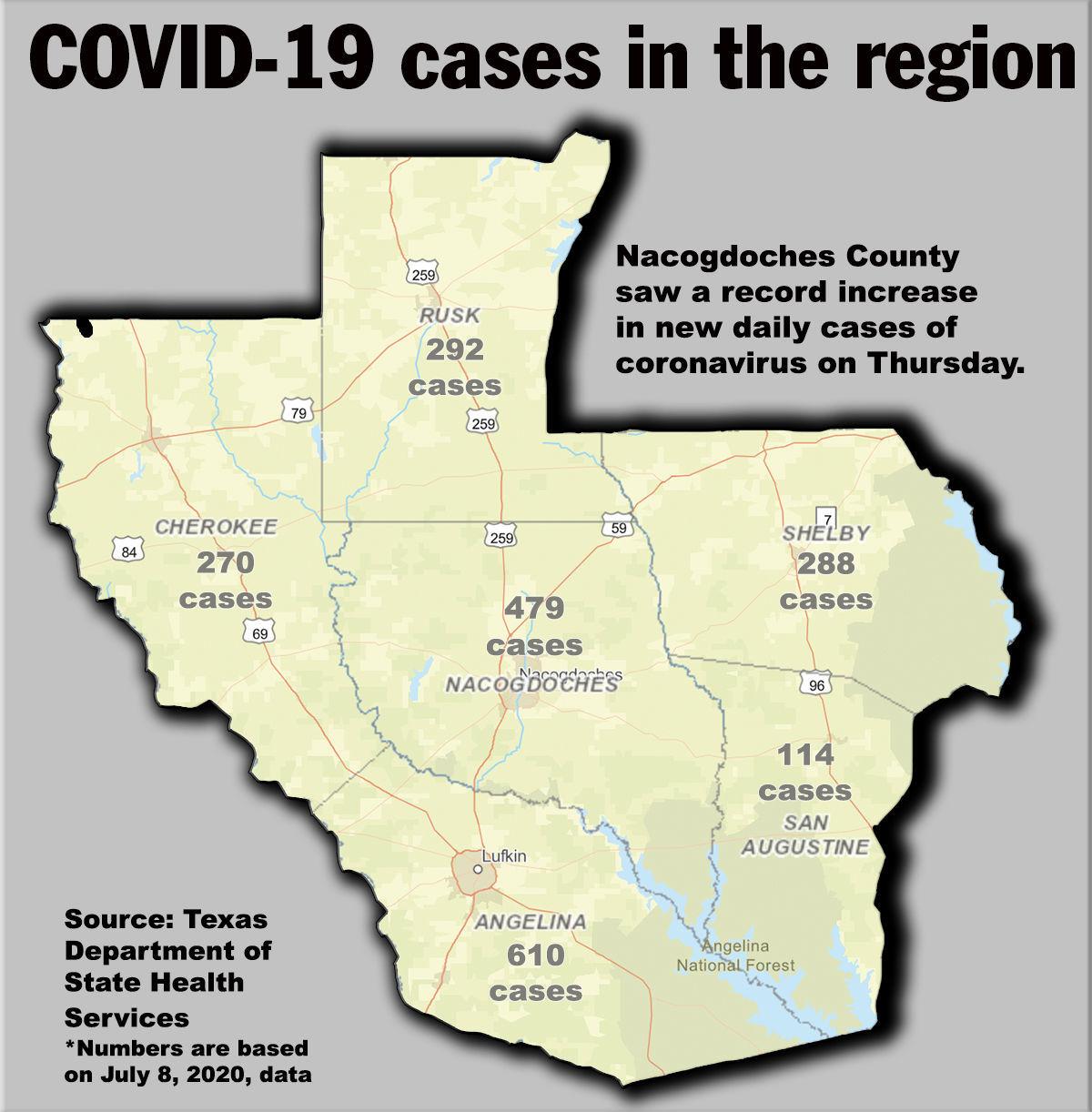 The newly confirmed cases of the disease marks the third consecutive day of double-digit increases in the coronavirus in Nacogdoches County and the highest single-day total since the virus case was first identified here March 25.

So far COVID-19, the disease caused by the virus, has been a factor in at least 25 deaths in Nacogdoches County, with the latest death being reported Wednesday.

Of those 38 news cases Thursday, nine came from homes where coronavirus had previously been reported and two were related to local long-term care facilities.

There were an estimated 162 active cases in the county with an estimated 321 recoveries. Around 4,038 tests had been administered as of Thursday — an increase of about 30 from what was reported Wednesday.

The World Health Organization published an update to its coronavirus guidelines Thursday, saying that the virus can be airborne indoors, especially in poorly ventilated buildings. The virus is known to spread during medical procedures, and the WHO is investigating whether airborne droplets are responsible for outbreaks in closed settings “such as restaurants, nightclubs, places of worship or places where people may be shouting, talking or singing.”

Gov. Greg Abbott has attributed at least a portion of the recent surge in coronavirus cases around Texas to young people who have failed to heed social distancing guidelines and issued an executive order requiring face coverings in public places.

Locally, residents between 19 and 29 made up a slim majority of the infected, with 87 positive tests for 17.13% of the county’s total. Children 9 and younger had the smallest number of infections with 13 - just slightly fewer than the 14 cases confirmed among those between 10 and 18 years old.

Women in Nacogdoches County are being hit slightly harder by the virus than men. They make up 56.69% of the local total compared to 41.34% for men and 1.97% where the gender of the individual is unknown.

Most of the county's cases have come from the city, which saw 283 confirmed infections for 55.71% of the whole as compared to 225 in the county.

The transmission vector was unknown for the large majority of cases— some 64.17%. A portion of that percentage came before state officials began contact tracing, and some is attributed to people who did not respond to attempts to contact them.

Long-term care facilities comprised 19.29% of the exposure sources, with household transmission making up about 13% and community spread responsible for 3.5%

As of Wednesday, county hospitals had 27 general beds available, with just 6 adult intensive-care unit beds available. There were 20 adult ventilators available with five in use.

Break down of most recent COVID-19 cases