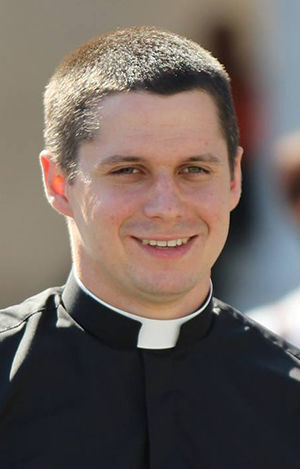 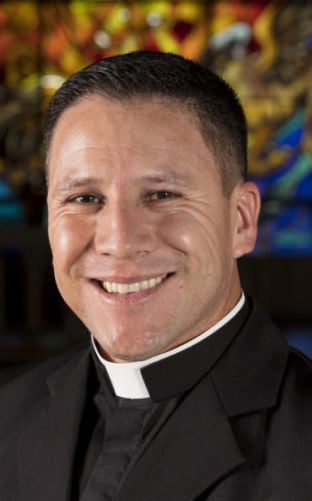 Public celebration of Mass at all Catholic churches around Nacogdoches County has been suspended until further notice after a priest was exposed to the coronavirus during a funeral Thursday.

The Rev. Hector Arvizu, one of the assistant pastors at five churches, was exposed to the coronavirus by family members of a person who had died from COVID-19, said the Rev. George Elliott, pastor of Sacred Heart Catholic Church.

Funeral directors had told those family members not to attend the funeral Mass on Thursday, but they ignored the request, Elliott said.

“It’s a real misunderstanding of God’s power. God is all powerful, however, diseases are real. You can still die from COVID at church,” Elliott said.

Arvizu and Elliott were aware that the deceased had died of COVID-19, but said they were not told that those in attendance had also tested positive for the virus.

“During the funeral, the family members who were sick were coughing, taking off their mask, doing all sorts of different things that were not wise. Also unfortunately we have several other people in our community who have tested positive for COVID-19, and we’ve seen them around the churches. Each of those people have been told to stay home,” Elliott said.

Mass will continue to be available online each day, Elliott said.

Arvizu is quarantined in his bedroom in the rectory, where he lives with other priests. He said he had no regrets about performing the funeral, despite not knowing about the health status of those in attendance.

“God’s people are everybody — everyone, healthy, sick, rich, poor, bad, good. All of them. I’ve got to serve them. If I have to sacrifice my own health and life for doing that, that’s why I got ordained as a priest,” Arvizu said in an online address to parishioners.

Arvizu said he was feeling well and plans to be tested for the virus next week. He encouraged Nacogdoches residents to continue following safety standards set forth by public health officials and Gov. Greg Abbott.

“I continue encouraging you to not be afraid. Be prudent. Follow the instructions. Protect yourself but most importantly protect others,” he said.

From a theological perspective, mandates on social distancing have clashed most with Catholic doctrine. Attendance at Sunday Mass is mandatory for all Catholics, with a few exceptions for the ill and elderly. Skipping church then or on other designated holy days is considered a grave sin. Catholics also gather for church services every day. A typical week at Sacred Heart — the largest of the five local churches — includes at least 10 public Masses in English, Spanish and Latin.

“If we do this simple thing and embrace this small sacrifice, we can do our part to ensure that everyone stays healthy and that our churches can remain safe and open throughout this crisis,” Strickland said.

Arvizu said he took such precautions during Thursday’s funeral Mass and sanitized the church sanctuary following the service.

Catholic Nacogdoches consists of five churches — Sacred Heart, St. Mary’s, Immaculate Conception, Our Lady of Guadalupe and Our Lady of Lourdes. About 10% of the county’s population attend those five churches.