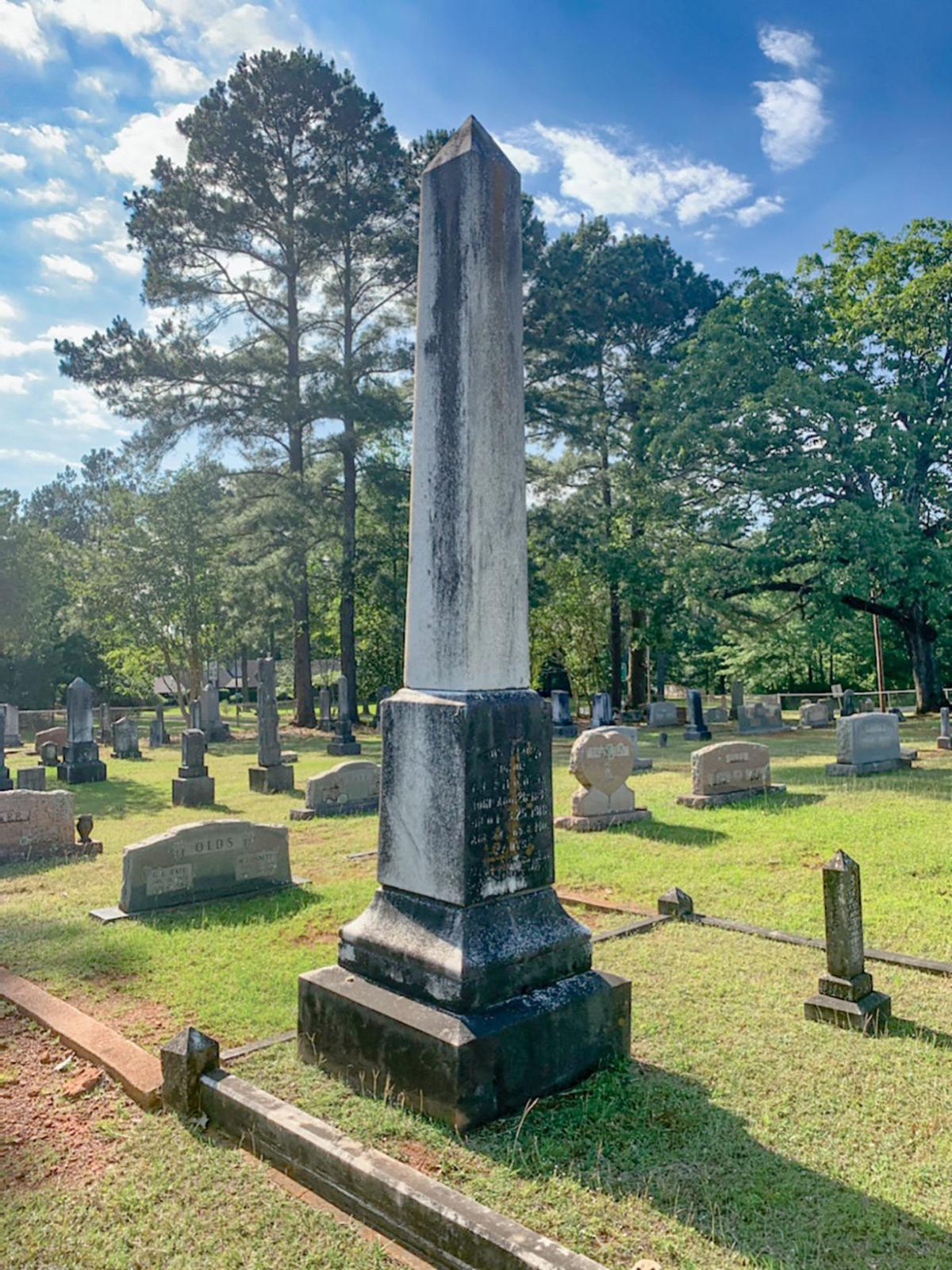 Thomas Olds’ grave marker is seen in Bethel Cemetery in Appleby on Monday. Olds was a member of Company F of the 64th Coast Artillery. The company had more Nacogdoches County men who died than any single unit. None of them were ever in combat.

Americans won’t be congregating en masse this year to mark Memorial Day with parades, flag waving and other displays of patriotic pride.

The coronavirus pandemic has curtailed those plans but has given us an excellent opportunity and reminder to remember those who suffered from and succumbed to one war’s most ghastly killers — disease.

Thanks to modern medicine fewer of our servicemen and -women die of disease on the battlefield, but far more warriors through the ages have fallen to germs than guns and swords combined. Diseases don’t care about military uniforms and kill indiscriminately.

For Nacogdoches County, this is no more apparent than the last great pandemic, between 1917 and 1920. On the battlefields of World War I, Nacogdoches County lost twice as many men to disease as enemy weaponry.

Since it has been more than 100 years since disease was the No. 1 killer of combatants, it is easy to forget men of the 64th Coast Artillery Corps on Memorial Day. Yet, Company F of the 64th had more Nacogdoches County men die in war than any other single unit I could find.

They were never in combat.

Let that sink in. The Army company that lost more Nacogdoches County men in war than any other did so from more than 100 — or in one case 5,000 — miles from the front line as six of its members died of influenza.

Teddy C. Pierce was the youngest, succumbing to influenza at age 18, while Charley Jones was the old man of the group, dying at 28. They were all young and healthy with their lives ahead of them. All of them gave their lives in service to our country and world freedom.

The first to go was 22-year-old Thomas Floyd Olds of Appleby. He didn’t make it out of training. He caught rubella — now eradicated — on Feb. 7, 1917. Nine days later, his rash and fever worsened with new chills and a dry cough. By Feb. 25, he was dead.

His body was returned and buried at Bethel Cemetery in Appleby where his father, General “Fate” Olds — yes, his first name was General — and mother, Martha, grieved for their son for decades. Both outlived their boy by more than 40 years. The obelisk over Thomas Olds’ grave is the single largest marker in Bethel Cemetery, but I couldn’t find his name on the veterans’ memorial there Monday afternoon.

Like so many of his generation, Olds had never been far from his family farm. He had no natural immunity to the disease that killed him, much like people who have been killed recently by the coronavirus.

Olds’ five comrades made it to France before the flu struck in October 1918, each dying about a month before the guns went silent along the Western Front.

Marion Houston must have known the prognosis wasn’t good. He was the first to catch the flu in France. Had he been nearby when Olds died? How many people had he seen cough and gasp as their lungs gave out and pneumonia set in? Did he take it seriously or just figure he might die in battle anyway? He drew his last gasping breath on Oct. 3, 1918, in Le Havre, France, virtually a world away from home but far from the fighting.

He was laid to rest in Oak Grove cemetery next to five World War I servicemen killed in combat.

One by one, men of Company F continued to fall, like an invisible sniper was picking them off. Charley Jones. Henry James Hutson. Clyde Chapman. Teddy C. Pierce.

When we talk of those who died in war, men like these are too often omitted. But they also each represent a human life taken too soon from this world.

We know these men were mourned and honored at ceremonies long before Memorial Day became a holiday in 1971. The company’s first sergeant, Elbert Reese, was one of the 32 men who chartered the local American Legion in October 1919.

Aided by the movement of troops, Spanish Flu killed around 50 million people worldwide, as I’m sure you’ve heard in recent months. But that’s not to say the spread of disease ended with the Great War.

Disease killed somewhere in the neighborhood of 20 million people in World War II. Thousands of soldiers died from all manner of diseases. Surprisingly, the record keeping during that era isn’t as clear as it was in the 1910s. Servicemen who died of illness, accidents or by foul play are all listed as “DNB” — died, non-battle.

Korean War statistics are just as murky, but we know diseases killed, more than 5,000 prisoners of war thanks to a 2013 study by South Korean doctors.

Because of widespread inoculation and better medicine, disease deaths in Vietnam were fewer than 1,000, about the same as the wars in Iraq and Afghanistan combined.

On a more recent note, two members of the military and 25 other Department of Defense employees have died of the coronavirus.

This weekend and beyond, I implore every patriotic American to remember these men as we fight our own invisible enemy. They are part of the history of this great nation and should not be forgotten or relegated to dusty books and obscure military documents.

Think of them, cut down in the prime of life with so much left to do. Imagine their families when hearing their sons had fallen not from an enemy bullet but from something microscopic. They answered a calling and did what they must. Their stories remind us that diseases are part of nature and that even in the darkest of times, we have to carry on.