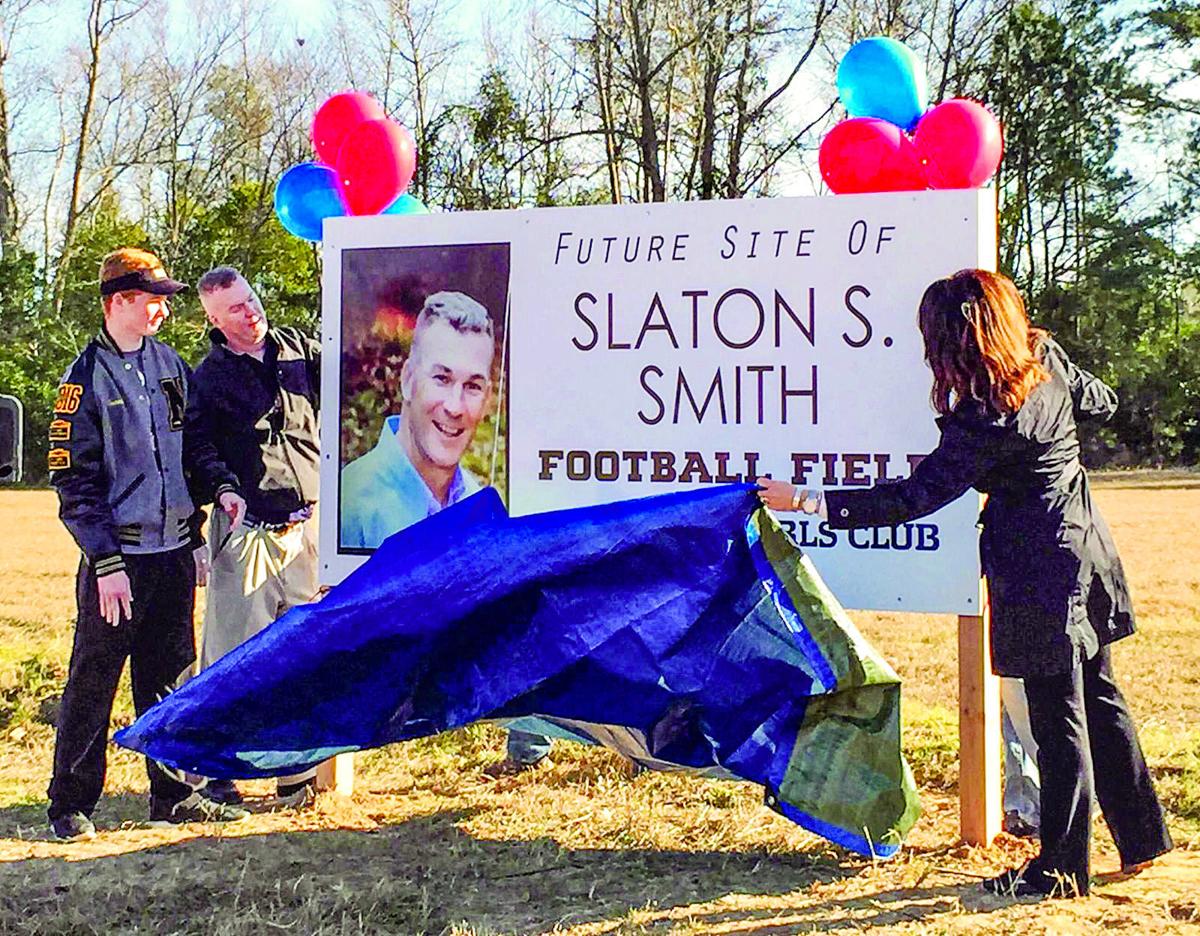 Slaton S. Smith, second from left, looks on as his son, Gunner, left, and wife, Robin, unveil a sign naming the Nacogdoches Boys and Girls Club’s yet-to-be-built football field after him in January 2015. Smith died in April 2015 after an eight-year battle with cancer. 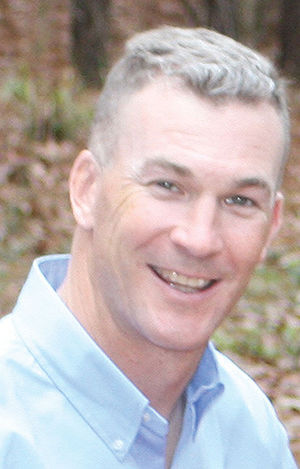 After years of fundraising and planning, construction of the Nacogdoches Boys & Girls Club’s homage to a local youth sports icon will begin in earnest next month.

Work on the Slaton S. Smith Football Field was set to get underway in March but was sidelined by the coronavirus pandemic, as was the club’s youth football season, said Steve Davidson, president and CEO of Boys & Girls Clubs of Deep East Texas, the parent organization of six clubs in five counties.

“We are going to make that field come to fruition,” Davidson told members of Nacogdoches Rotary Club.

“We hope to get back underway with that construction in October and we will be hosting our football games there in the future,” he continued.

The club has owned the nearly 5-acre property on the corner of Tower Road and Park Street across from Mike Moses Middle School for nearly a decade. After a fundraising effort, the club in January 2015 named the field after Slaton Smith, a youth sports coach remembered as a dedicated servant who always put others before himself.

Three months later, Smith died of cancer. He was 45 and had battled the disease for eight years, all the while coaching multiple youth teams.

“I believe his biggest contribution to the Nacogdoches area was his involvement with young people,” said his close friend Jeff Davis. “He served as a coach for literally dozens of basketball, baseball and little league football teams. Although winning numerous city titles, his greatest coaching accomplishments came through the fact that he served as a true mentor to hundreds of children.”

Beyond coaching, Smith and his wife, Robin, quietly helped countless children by providing meals and clothing and opening their homes as a safe space.

“Slaton never did these things for personal or political gain; he did them simply because they were the right thing to do. As a result, his impact on others was, remains and continues to be substantial,” Davis said. “Even during his courageous fight against cancer, he served a model of how to treat others, live life to the fullest and make the most of each day God grants us. Slaton was hero to many, and I count myself among those ranks.”

The lot, now with a faded sign featuring a picture of Smith, will contain two football fields that can easily be converted to soccer fields, Davidson said. It will also include baseball fields and a recreation area that can be used year-round.

The field will be home to the tackle and flag football programs for three different age groups, Davidson said.

“Unfortunately because of the COVID-19 situation, we are unable to do football this year,” he said.

Sports is just one component of the larger mission of the Boys & Girls Club, Davidson said. In 2019, 1,509 children participated in activities at the club’s three facilities. About 60% are boys and 40% are girls, he said.

The club serves a wide variety of ethnic groups. Around 38% of club participants are white, 29% are Black, 21% are Hispanic and the remaining 12% are multiracial, Davidson said.

“Many associate the club with low-income, minority children, but you can see through those demographics that our club serves everybody,” he said.