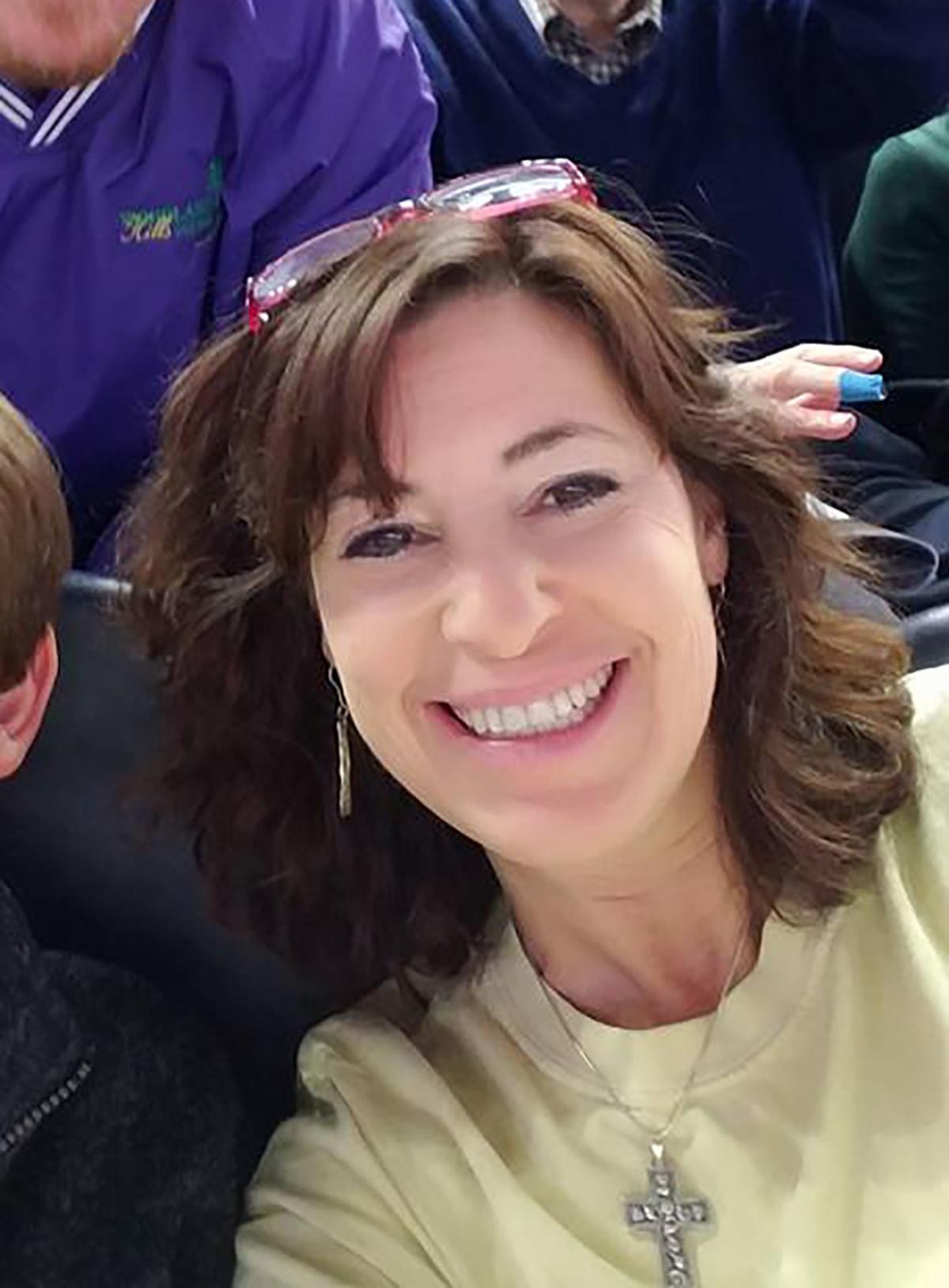 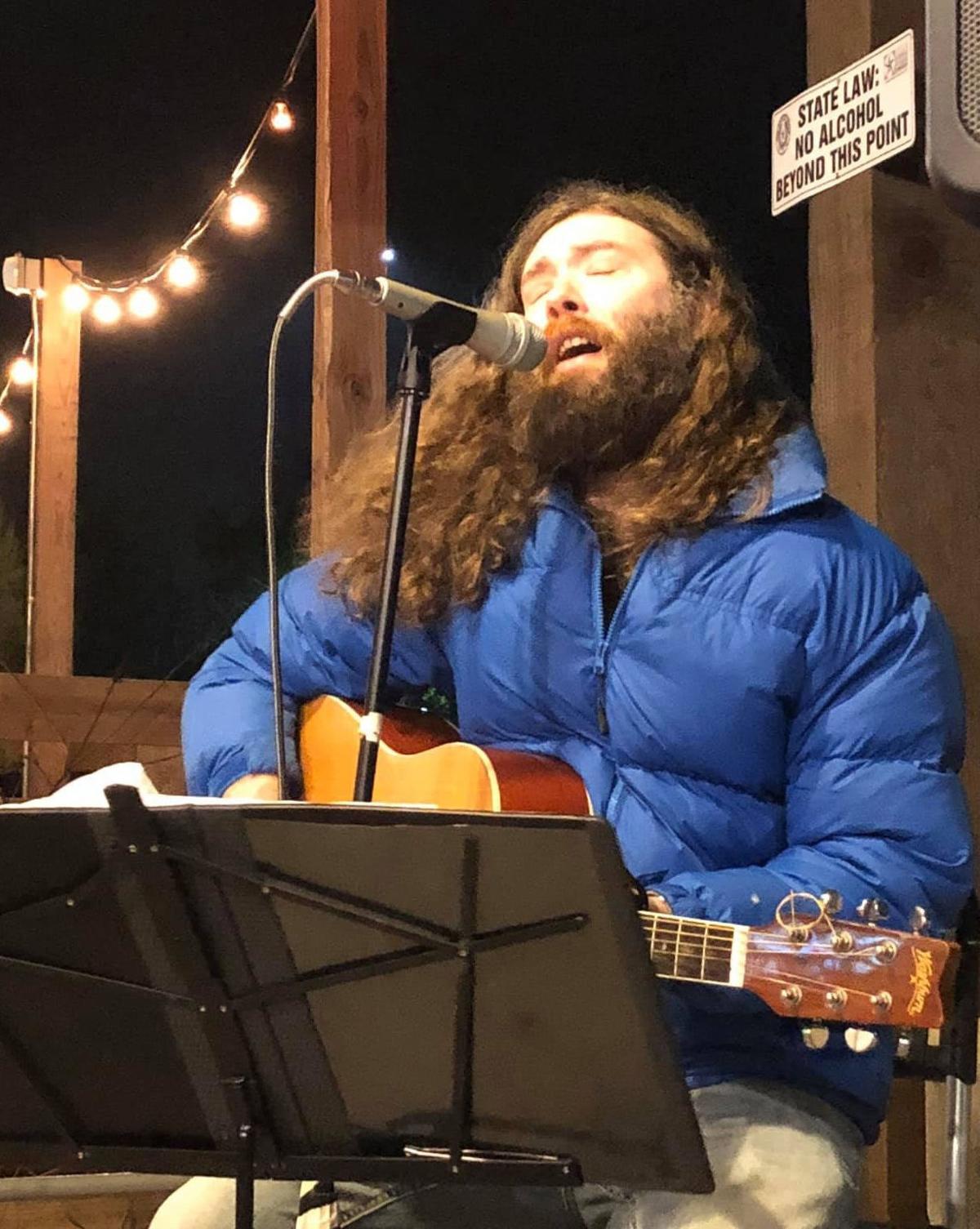 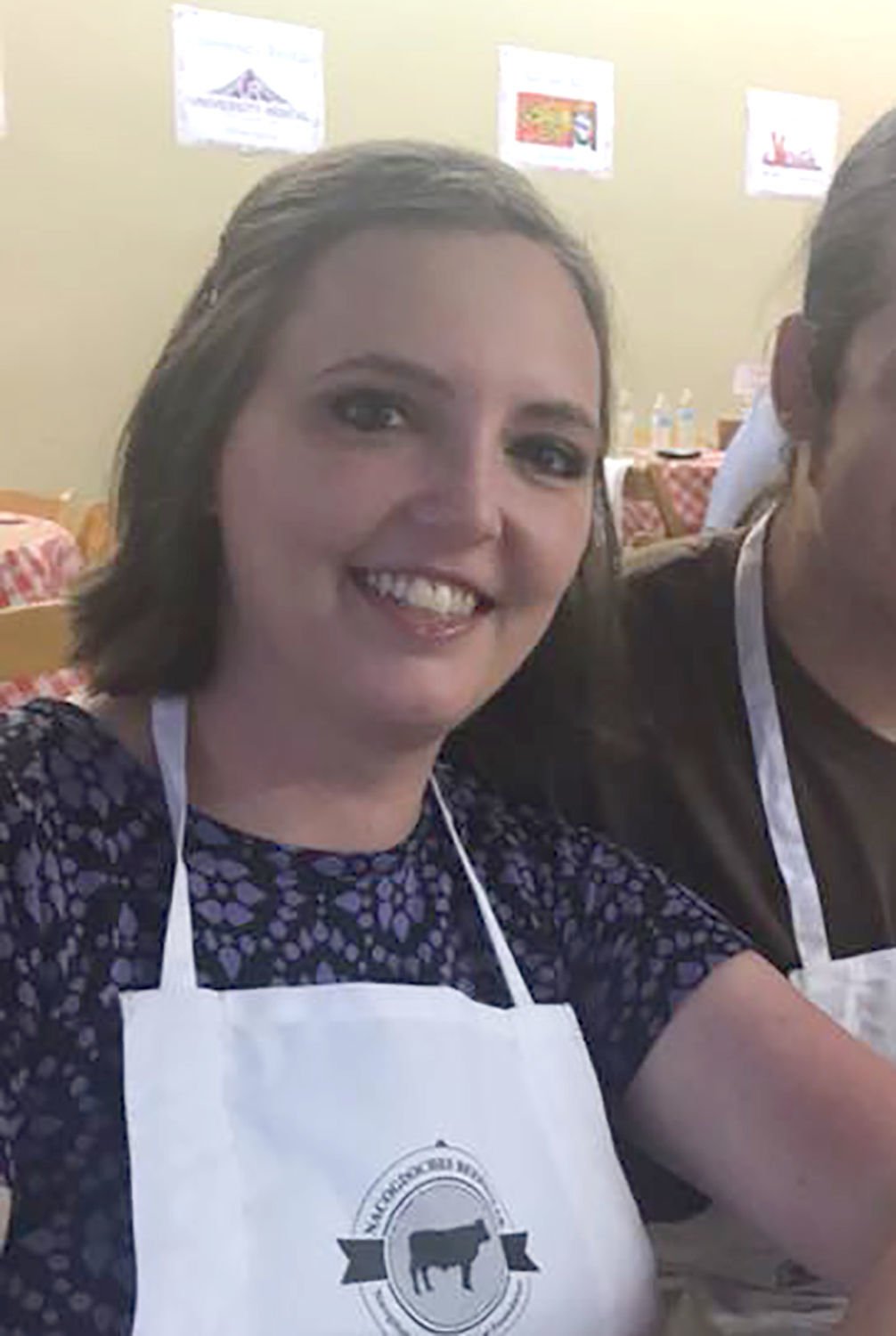 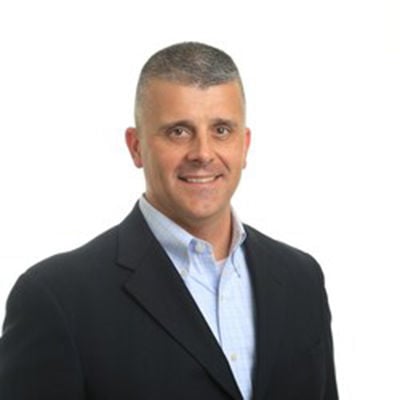 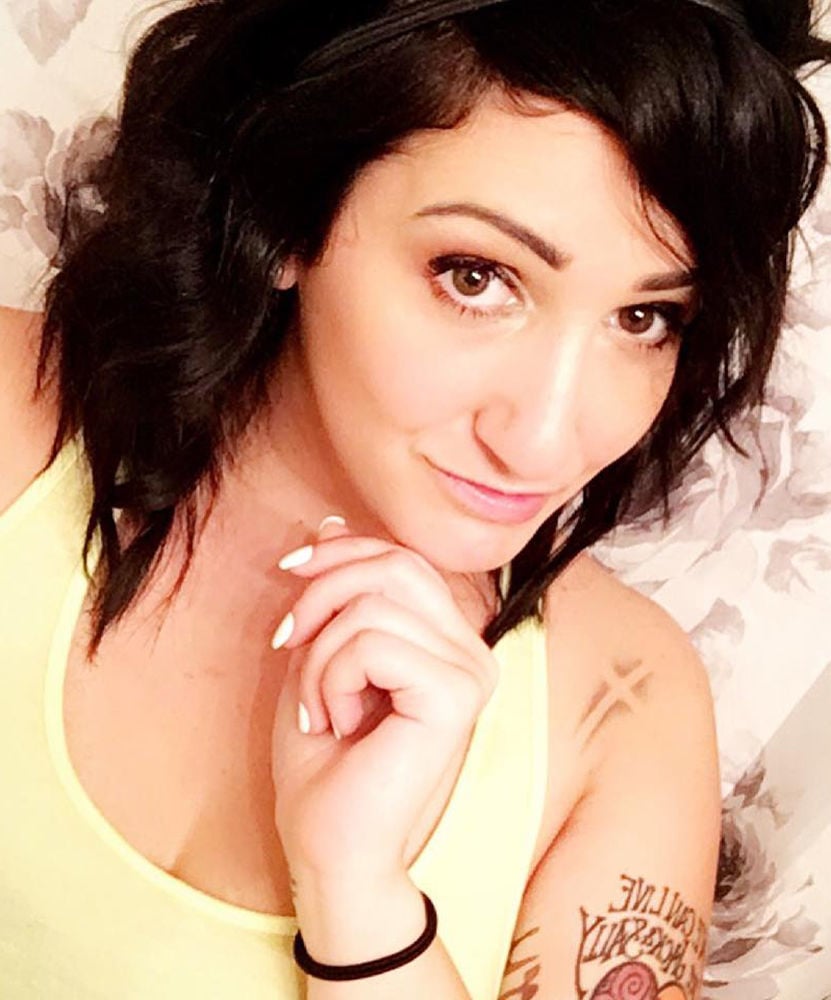 Coronavirus is disrupting the lives of everyday people across the country. This week The Daily Sentinel asked local businesspeople how the spread of COVID-19 is impacting their lives and their work. If you have a story you want to share, email Josh Edwards at josh.edwards@dailysentinel.com or call 936-558-3201.

Maury Littleton’s livelihood is, more or less, dependent on the exact thing that Texas Gov. Greg Abbott banned this week: gatherings of 10 or more people.

Littleton has owned and operated Party ‘N Things in Nacogdoches since 1983. She and her husband, Tracy L. Littleton, purchased A-1 Party Rentals of Lufkin in late 2019.

Since the COVID-19 outbreak, Littleton said business has steadily declined as folks have canceled weddings and celebrations. The recent announcement by Stephen F. Austin State University that graduation would be postponed and moved online dealt a blow to the business at what is typically a critical time.

“Businesses (in Nacogdoches) already struggle making it through the summer,” she said. “Nacogdoches depends on the college.”

Littleton said she’s concerned about the long-term impacts on her business and others in town without the bump in revenue that comes with graduation celebrations, weddings and events in the spring and early summer.

On Monday, Littleton made the decision to layoff some of the members of its small staff — a decision they didn’t take lightly.

Littleton said they spent a day helping those employees fill out unemployment paperwork in the hopes they would start receiving benefits sooner and ahead of other workers who might be laid off elsewhere as businesses grind to a halt.

They also worked with employees to help them fill out paperwork to get assistance with utilities and other bills, she said.

“I felt like I saw the writing on the wall,” Littleton said.

This year, Party ‘N Things relocated from its storefront at the Northview Plaza to 727 N. University Dr., which reduced their overhead for operating the shop. That, coupled with the companies disaster insurance — which includes pandemics — will hopefully mediate some of the lost business from the pandemic.

They’re implementing plans to keep the inflatables and bounces they rent are safe by spending extra time and effort to sanitize them, and will offer deals on items like balloons and party supplies that don’t necessarily require a crowd getting together.

Though physically large groups are prohibited from getting together, she hopes the community will metaphorically come together to support everyone.

“There’s nothing we can do except support and encourage each other,” she said. “As long as we can all be in it together, we’ll be okay.”

The Blue Horse Bakery relies on a varied customer base to keep the ovens and lights on; it’s a mixture of special, often event-based orders and those who pop in to grab something, or pay her a visit during any of the events and festivals around town.

“You don’t have to have a cupcake to survive,” she said. “We’re a luxury item.”

Ronzello is concerned that, as the pandemic outbreak of the COVID-19 coronavirus continues, and as businesses and festivals are closed and events delayed or canceled, things will only get harder for her bakery.

Ronzello’s shop has operated on a combination of sales for special orders and events and from the three days per week it was open to the public, so as people were urged to stay home and businesses asked to revert to curb-side pickup only, the effects quickly became apparent.

She estimated sales have dipped by something like 75% since the pandemic’s effects reached the brick streets of Nacogdoches.

Even with that much of a reduction in business, Ronzello said she hasn’t cut any of her staff. Some employees who had other incomes have voluntarily given up hours, allowing their coworkers to pick up extra shifts.

She’s glad she hasn’t had to make the decision to reduce hours or cut staff, she said.

“Everyone is personally impacted,” Ronzello said. “If I send my employees home, they can’t pay their bills.”

She hopes the government will come up with some relief measures aimed at small businesses, but in the meantime, she’s been trying to adapt.

Ronzello spent most of Thursday trying to establish a bigger online presence, ideally to be able to take advantage of the curbside pickup orders that the state still allows since ordering restaurants to close dining areas.

Still, she’s concerned about how the business landscape might change in coming months, particularly when she’s headed into a traditional slow time.

“Business slows in the summer and picks up in mid to late September,” she said. “That’s a long dry spell.”

2020 was going to be the year Johnny Ray Hubbard really threw himself into his music career. This year, he was determined to branch out beyond his usual Deep East Texas stomping grounds and into Louisiana and Oklahoma.

He’d spent hours compiling a database of venues throughout the region that seemed like they’d be open to his brand of music and to taking on artists with limited regional followings. He planned to make an EP and was developing a big digital presskit with which he could market himself.

Then, a flu-like virus threw a proverbial wrench into everything. Everything changed quickly, and continues to change, with closures and cancellations being extended and planned for indefinitely.

“That’s the most difficult place to be because you can’t plan for the future,” he said. “It seems foolish to try to book anything.”

Hubbard has long tried to embrace the idea of being diversified in his income. He’s a music coach and has a small 3D printing operation with a friend. He does a little house painting here and there, but a significant portion of his livelihood came from playing shows.

“If I lose income in one place, I have other things I can do to pick up the slack,” he said. “But the difference between a good month and a bad month is how many gigs I play.”

When the cold weather recently forced him to cancel a regular open mic night held in Nacogdoches, Hubbard realized he’d probably need to pick up some extra work, but that was just before the outbreak.

Now, things are looking a little more challenging while he and his wife hang on with her salary alone to support them.

“I’m at the point where I’m desperate and I’ve got to do something to keep the lights on,” he said.

What Hubbard has turned to is the internet.

“I’ve been scrambling to retool my business to take students online,” he said. “I’ve had to learn how to do all this stuff really quickly.”

A portion of his income already was based on teaching music, and he’s begun offering lessons via live streaming in the hopes of making more money that way.

That was something that he’d begun exploring even before the viral outbreak.

The web has become a source of solace from the uncertainty and isolation, too, he said, particularly with his “Music Madness” streams. Each afternoon at 6 p.m., he live streams a kind of open mic request show featuring him playing and just “goofing off” he said.

Not only has the web and the shows become an option for socializing and teaching for him, but they’ve become cathartic and stress-relieving as well.

“It gives me something I can control everyday,” he said.

Though the COVID-19 outbreak has already forced months of delays and closures for various activities and places, Hubbard is trying to look ahead when he can.

He believes he’ll continue streaming and teaching music online even after the pandemic. And he’s taking stock of what he can learn now.

“We’re all learning that human contact can easily be taken for granted,” he said.

Beauty supply companies don’t make 6-foot long scissors, so barbers and hair stylists aren’t able to keep their distance at work while trying to stop the spread of COVID-19.

With bars and restaurants closed, it’s only a matter of time until salons and barbershops will be required to close up shop, she said.

“I was surprised that this last order from the governor didn’t include us because other states did,” she said.

Right now Kramerick and other stylists are trying to bring in as many customers as possible while keeping the total number of people inside the salon to fewer than 10 people at a time.

“If people are between clients, they are going home,” she said. “We know it’s inevitable soon that we’ll be sent home.”

Facing what increasingly seems like the inevitable prospect of shutting down until future notice can be just as scary as the potential of getting coronavirus.

“I haven’t not had a job since I was 15, so it’s a little scary,” Kramerick said. “Everyone’s not sure what’s going to happen and if they can afford to reopen after this. Nacogdoches is small business town and it’s always been that way.”

Automakers in America have closed their factories to sanitize after a worker in Dearborn, Michigan, tested positive for the virus, but dealerships are remaining open for now.

During this time of social distancing, the dealership is urging customers to call ahead to set appointments. All payments can be taken over the phone or online, and Ford is offering a program to defer payments for six months.

“For people who need a car right now, they’re going to be able to do six months with no payments,” Slaten said. “They’re looking to do what they can to give people peace of mind that once they’re through this they don’t have the burden of missing payments.”

The need for a reliable vehicle doesn’t stop just because of a pandemic. Customers have been steadily streaming in to get their cars and trucks serviced.

“So far the hardest part has been not shaking people’s hands,” he said. “We’re trying to work through a new normal.”

When a car comes in for repair, workers immediately sanitize it. Then the keys and vehicle are sanitized again before being released to a customer.

“We believe that the automobile dealership and the availability to get parts is an essential industry. If we’re not taking it seriously we risk ourself being affected and not able to work for our community,” Slaten said.