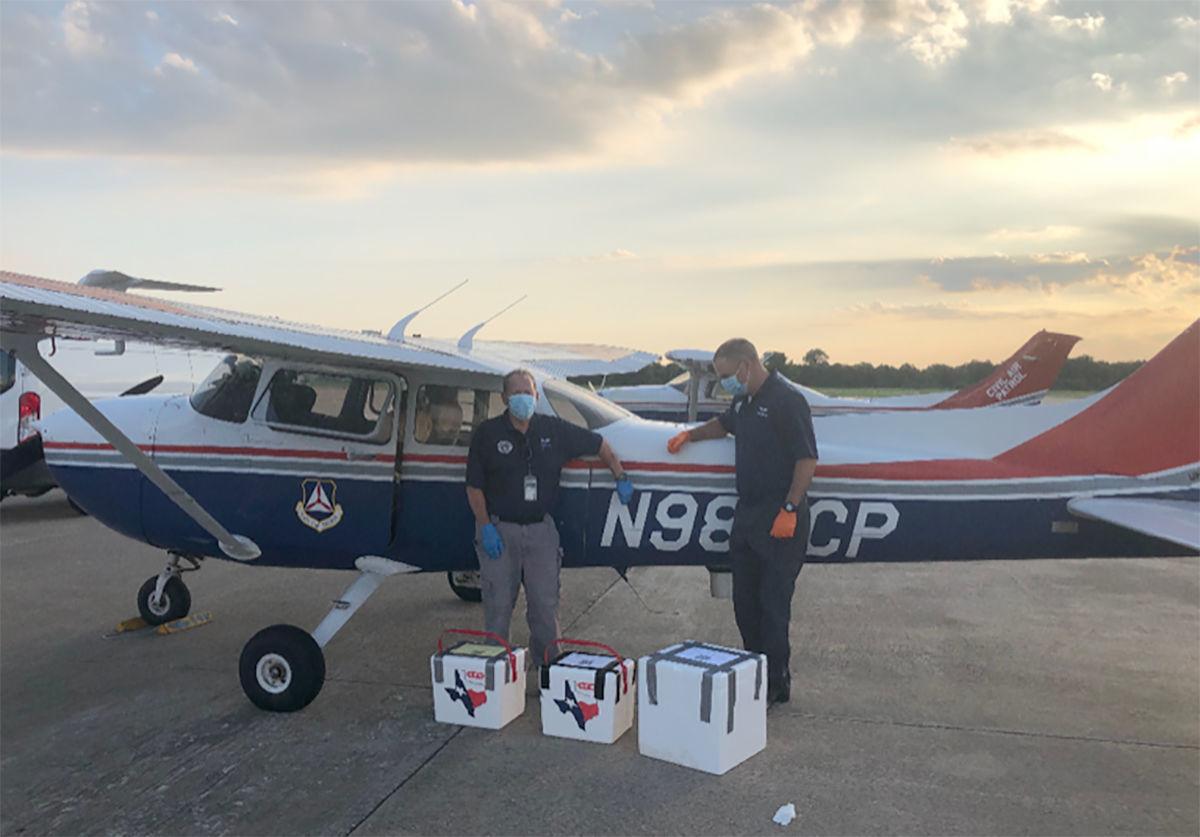 Civil Air Patrol Capt. Rick Block, left, and Capt. Ryan Nelson load lab samples into a Cessna in Sugar Land to be flown to Austin to be tested. 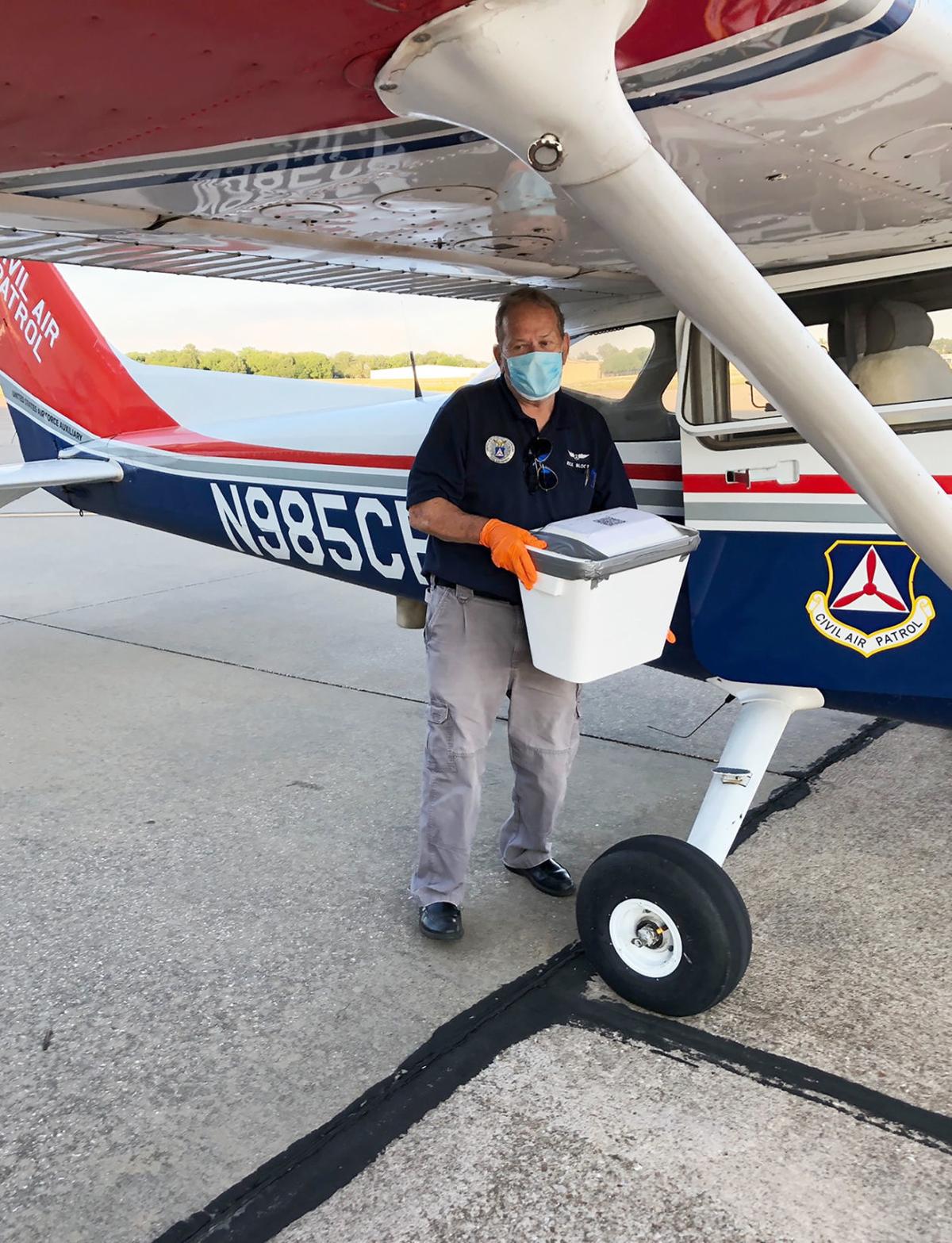 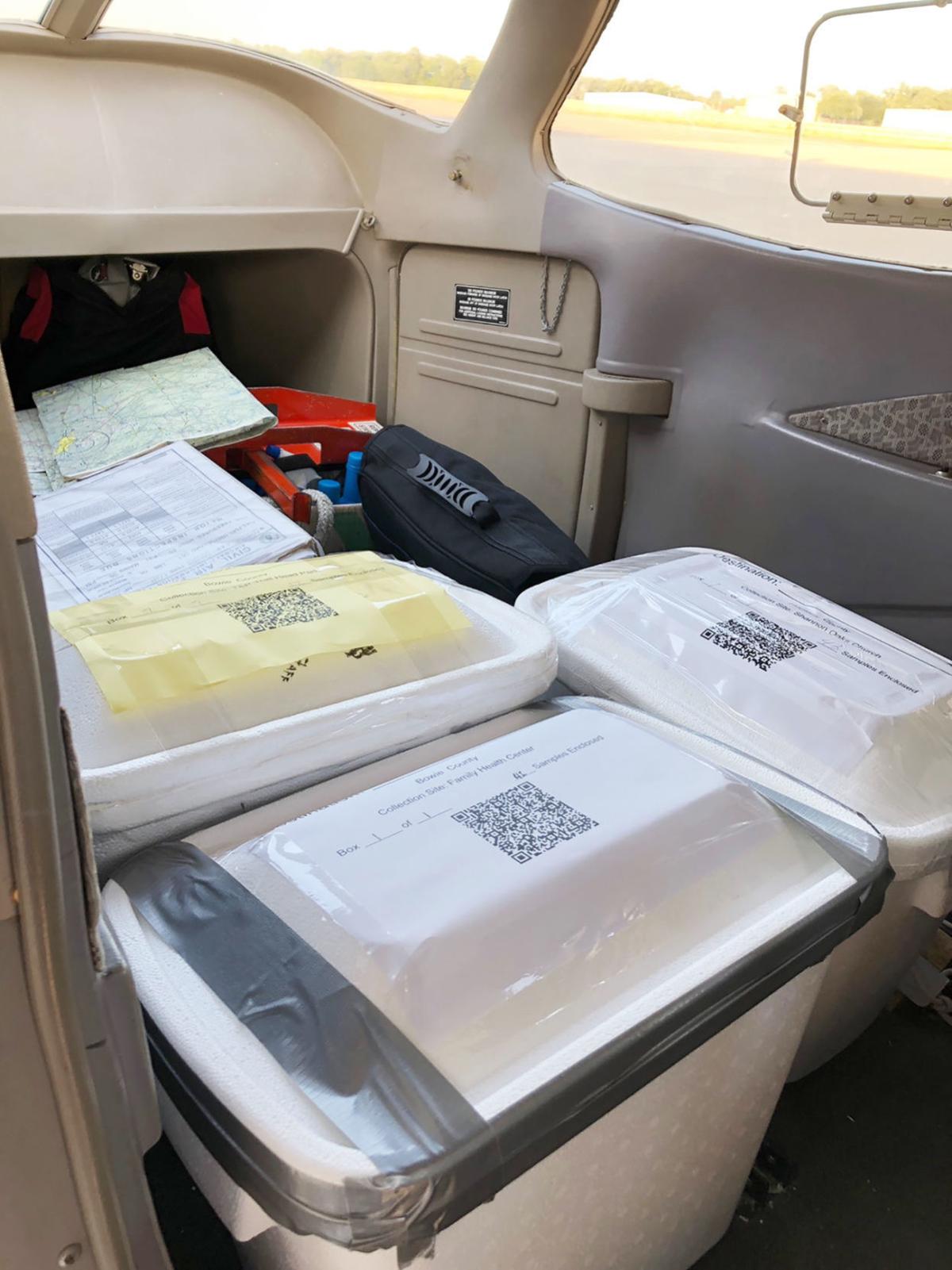 Coolers full of COVID-10 samples sit in the rear compartment of a Civil Air Patrol plane. 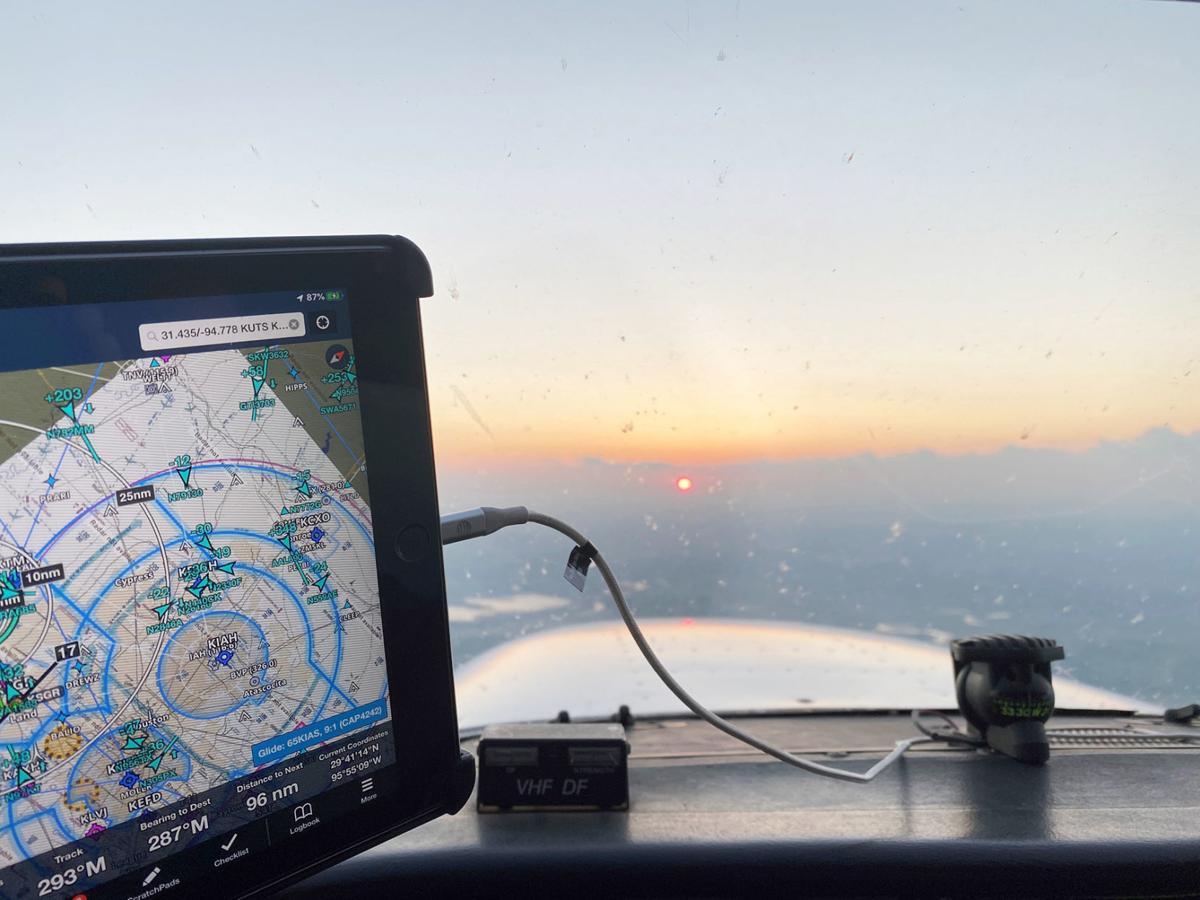 A GPS guides Rick Block on a flight from Sugar Land to Austin as the Civil Air Patrol Captain carries COVID-19 samples for testing.

Civil Air Patrol Capt. Rick Block, left, and Capt. Ryan Nelson load lab samples into a Cessna in Sugar Land to be flown to Austin to be tested.

Coolers full of COVID-10 samples sit in the rear compartment of a Civil Air Patrol plane.

A GPS guides Rick Block on a flight from Sugar Land to Austin as the Civil Air Patrol Captain carries COVID-19 samples for testing.

There aren’t any big passenger jets roaring along the runways at the A.L. Mangham Regional Airport these days, but there has been a steady stream of pilots flying in and out with pretty important missions.

Since almost the beginning of the global pandemic, the volunteer pilots with the Texas Wing of the Civil Air Patrol have been taking to the air, ferrying lab samples from all over the state to the Austin-based lab where they’re tested for the novel coronavirus.

In Nacogdoches, five pilots have taken rotating shifts to climb in the squadron’s Cessna 172 — a single-engine plane that once could seat four people — and fly it loaded with samples from Nacogdoches to either Tyler or Sugar Land, then to Austin and back to the pineywoods.

The Cessna used to be a four-seat plane, but Civil Air Patrol Capt. Rick Block said the CAP, like the rest of the country, has had to adjust to a world in pandemic. The rear seats were pulled out of the plane to make room for the sealed Styrofoam coolers filled with test samples.

Block, along with the Civil Air Patrol’s Capt. Ryan Nelson, 1st Lt. Arlie Conner and squadron commander Capt. Lucinda McFarlin, have made the flights from Nacogdoches.

Typically, they’re given about half a day’s notice to arrange the flights, and they make about three flights a week. Usually, the pilot departs the A.L. Mangham Regional Airport around 5 p.m. and make the roughly 30 to 40- minute flight to Sugar Land or Tyler.

A state worker delivers and loads the samples into the plane, and the pilot takes off for the Austin-Bergstrom International Airport, where another state worker collects the coolers.

Then, it’s back into the sky for a two-hour return flight to Nacogdoches.

“It’s such a long day they don’t want people doing it every day,” Block said. “It’s all volunteer.”

There’s a level of challenge to the flights that isn’t typical for air patrol pilots, though they train for it.

Each of the flights is made mostly at night, and the little Cessna 172 they fly is ushered into the Austin airport right alongside larger jets and airliners.

Block said one flight, the plane was loaded down with seven coolers filled with roughly 700 samples.

To date, McFarlin said the Texas Wing of the Civil Air Patrol has transported some 3,455 samples around the state.

It’s unlikely the missions will end anytime soon, either, as the flights could continue indefinitely and are expected to last at least through the end of July, McFarlin said.

Block said the state pays for the fuel to keep them in the air.

Despite the challenges and short-turnaround times for the flights, Block said the patrol’s pilots are happy to keep playing a role in responding to the pandemic.

“We like to fly, so it’s good flying time we don’t have to pay for,” he said.