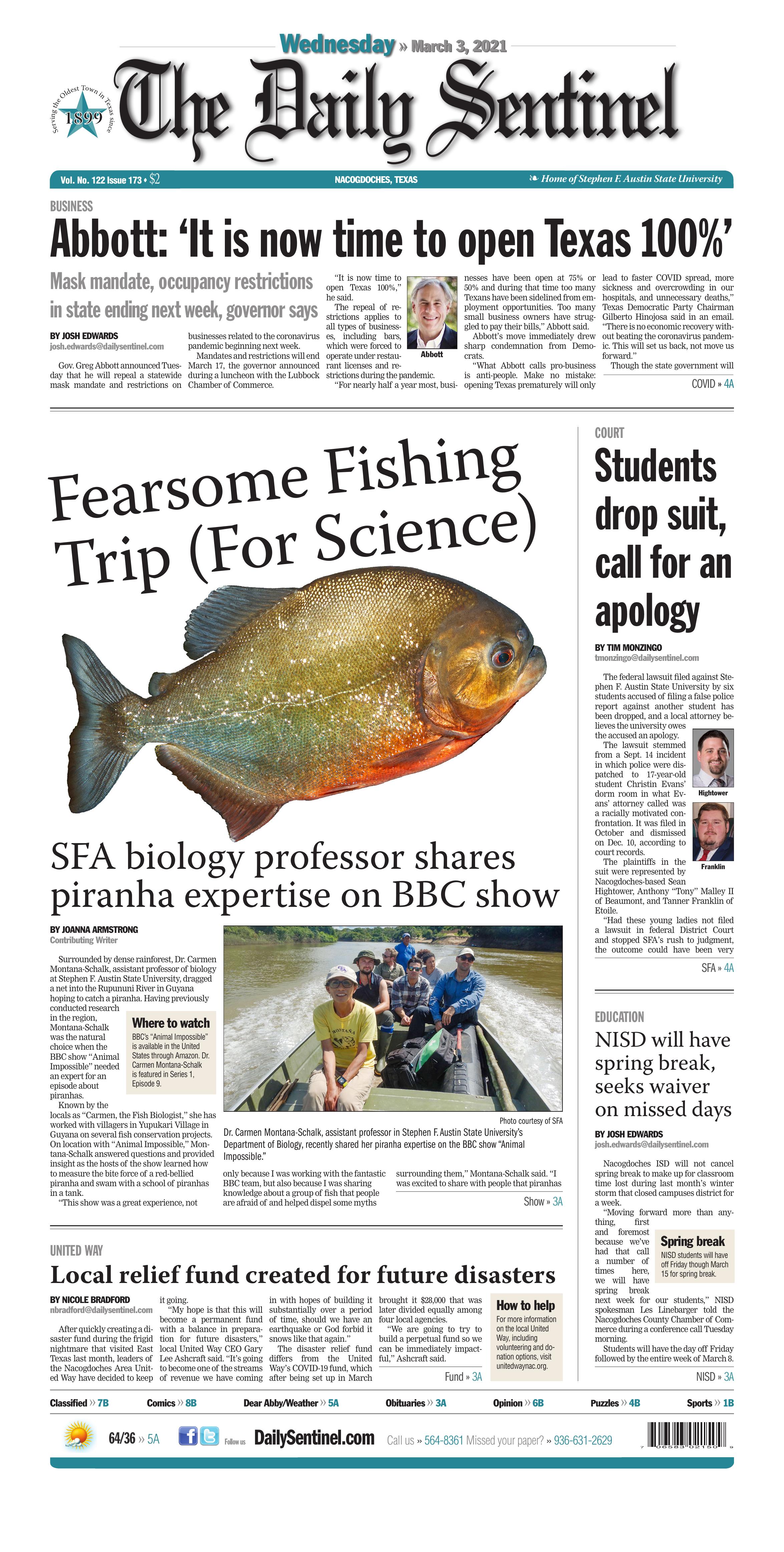 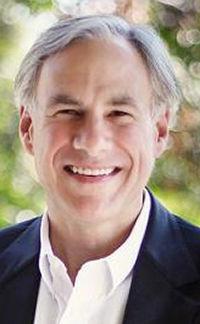 Gov. Greg Abbott announced Tuesday that he will repeal a statewide mask mandate and restrictions on businesses related to the coronavirus pandemic beginning next week.

Mandates and restrictions will end March 17, the governor announced during a luncheon with the Lubbock Chamber of Commerce.

The repeal of restrictions applies to all types of businesses, including bars, which were forced to operate under restaurant licenses and restrictions during the pandemic.

“For nearly half a year most, businesses have been open at 75% or 50% and during that time too many Texans have been sidelined from employment opportunities. Too many small business owners have struggled to pay their bills,” Abbott said.

“What Abbott calls pro-business is anti-people. Make no mistake: opening Texas prematurely will only lead to faster COVID spread, more sickness and overcrowding in our hospitals, and unnecessary deaths,” Texas Democratic Party Chairman Gilberto Hinojosa said in an email. “There is no economic recovery without beating the coronavirus pandemic. This will set us back, not move us forward.”

Though the state government will no longer have restrictions, businesses and counties may impose their own policies. Counties may not limit business occupancy to less than 50%, he said. Some businesses around the nation voluntarily implemented policies on masks before Abbott issued a statewide mask mandate.

Nacogdoches County Chamber of Commerce CEO C. Wayne Mitchell expects “a very cautious opening on the part of most businesses.”

“The governor left it up the discretion of businesses on how they react to his statement today. I think it’s going to be very interesting,” Mitchell said.

Abbott stressed personal responsibility but said they state should no longer be required to mandate the public’s reaction.

“Despite these changes remember this. Removing state mandates does not end personal responsibility or the importance of caring for your family members, caring for your friends and others in our community,” Abbott said.

“Let’s pray the trend continues to go in a positive direction as far as hospitalizations and fatalities. I hope we see continued positive signs that we’re getting a grip on this thing,” he said.

Surrounded by dense rainforest, Dr. Carmen Montana-Schalk, assistant professor of biology at Stephen F. Austin State University, dragged a net into the Rupununi River in Guyana hoping to catch a piranha. Having previously conducted research in the region, Montana-Schalk was the natural choice when the BBC show “Animal Impossible” needed an expert for an episode about piranhas.

Known by the locals as “Carmen, the Fish Biologist,” she has worked with villagers in Yupukari Village in Guyana on several fish conservation projects. On location with “Animal Impossible,” Montana-Schalk answered questions and provided insight as the hosts of the show learned how to measure the bite force of a red-bellied piranha and swam with a school of piranhas in a tank.

“This show was a great experience, not only because I was working with the fantastic BBC team, but also because I was sharing knowledge about a group of fish that people are afraid of and helped dispel some myths surrounding them,” Montana-Schalk said. “I was excited to share with people that piranhas are not as dangerous as the myths suggest and that it is actually safe to swim with them.”

Serving as an assistant professor at SFA since the fall of 2019, Montana-Schalk was originally attracted to the school because of the region’s high fish diversity. She has taught courses at SFA in general ecology and ichthyology and also serves as the curator of the fish collection in the Department of Biology. She is passionate about speaking to the importance of predatory fishes in freshwater ecosystems.

While there are no piranhas found natively in the U.S., they are plentiful in Montana-Schalk’s home country of Venezuela, where she encountered them in rivers while conducting research projects as an undergraduate and graduate student.

“In these rivers of South America, the fish diversity is so high that we can find about five species of piranhas in the same habitat,” Montana-Schalk said.

The piranhas group includes species with varied feeding habits, including fish that eat fruits, invertebrates, or fish scales, and carnivore piranhas that feed on fish. From the fossil of a Megapiranha that lived 10 million years ago, researchers learned that its bite force was estimated to be nearly three times greater than the bite force of an American alligator, Montana-Schalk said. It’s just another reason she loves studying them and teaching others about them.

Episode nine of “Animal Impossible,” “Piranhas,” can be viewed on Amazon.

To learn more about Montana-Schalk’s work with SFA’s Department of Biology, visit sfasu.edu/biology.

After quickly creating a disaster fund during the frigid nightmare that visited East Texas last month, leaders of the Nacogdoches Area United Way have decided to keep it going.

“My hope is that this will become a permanent fund with a balance in preparation for future disasters,” local United Way CEO Gary Lee Ashcraft said. “It’s going to become one of the streams of revenue we have coming in with hopes of building it substantially over a period of time, should we have an earthquake or God forbid it snows like that again.”

The disaster relief fund differs from the United Way’s COVID-19 fund, which after being set up in March brought it $28,000 that was later divided equally among four local agencies.

“We are going to try to build a perpetual fund so we can be immediately impactful,” Ashcraft said.

Set up to fund agencies that assist local residents with repairs, housing and other needs associated with the winter storms, the relief fund has been added to United Way’s web page as an option for donations. United Way leaders are still assessing and allocating which agencies will receive funding. All the funds stay within the local service area, which includes Nacogdoches, Shelby and San Augustine counties.

“We are hopeful they will raise a pile of money and that we will have longterm a pre-established disaster fund earmarked that sits at the United Way, and when we have a disaster like this we can immediately get help to local folks,” said Nacogdoches Fire Chief Keith Kiplinger, who coordinated local emergency efforts along with County Judge Greg Sowell and City Manager Mario Canizares.

“It doesn’t have to be a disaster this big,” Kiplinger said. “This is money that will help our people recover from what happened (in February) and also prepare us better to help people in the future.”

For more information on the United Way, including volunteering and donation options, visit unitedwaynac.org.

The federal lawsuit filed against Stephen F. Austin State University by six students accused of filing a false police report against another student has been dropped, and a local attorney believes the university owes the accused an apology.

The lawsuit stemmed from a Sept. 14 incident in which police were dispatched to 17-year-old student Christin Evans’ dorm room in what Evans’ attorney called was a racially motivated confrontation. It was filed in October and dismissed on Dec. 10, according to court records.

The plaintiffs in the suit were represented by Nacogdoches-based Sean Hightower, Anthony “Tony” Malley II of Beaumont, and Tanner Franklin of Etoile.

“Had these young ladies not filed a lawsuit in federal District Court and stopped SFA’s rush to judgment, the outcome could have been very different. At this point, our clients, some of whom withdrew from SFA due to threats to their physical safety, are evaluating their legal options in this matter,” Hightower said in a statement. “At the very least, however, Stephen F. Austin State University President Scott Gordon should issue a public and unequivocal apology to these students who he referred to as ‘perpetrators’ and ‘suspects’ in his public comments.”

“The lawsuit was dismissed on December 10, 2020. Due to widespread dissemination of the identities of individuals involved, federal privacy law does not permit the disclosure of the remaining information, even anonymized,” he said.

Records filed in the lawsuit indicate punishment given to the six students who filed the suit, which accused the university of violating their right and being unjust.

The suit claimed the six students were “deprived of their constitutional due process rights based on falsehoods, misrepresentations and a rush to convict,” were not adequately informed of what rules they reportedly broke and that the university “(continued) to rush to punish these students for something they did not do” despite knowing false information was circulating about the incident.

Four of them also had informal hearings with Dennis Mosley, the director of SFA’s Office of Student Rights and Responsibilities. The other two had hearings scheduled, but they were delayed, court records show.

“When I complete my investigation, I will render a decision on whether the respondents, including Plaintiffs, are responsible for student conduct policy violations and, if so, determine an appropriate sanction,” according to Mosley’s statement filed in the suit.

An email from Mosley to one of the plaintiffs, provided by Hightower to The Daily Sentinel, absolves the unnamed student of wrongdoing in the incident.

The story of the police visit to Evans’ room on Sept. 14 was widely circulated in the media after a Sept. 28 press conference by Houston-based attorney Randall Kallien.

The report that Evans had scissors and was threatening people, prompting a law-enforcement response “could have been another Breonna Taylor circumstance”, Kallien said, referring to the Louisville, Kentucky, resident who was killed by police in a botched raid at her home.

SFA officials denied the incident was racially motivated, and Gordon vowed that “each perpetrator will be dealt with appropriately.”

Social_media
NISD will have spring break

Nacogdoches ISD will not cancel spring break to make up for classroom time lost during last month’s winter storm that closed campuses district for a week.

“Moving forward more than anything, first and foremost because we’ve had that call a number of times here, we will have spring break next week for our students,” NISD spokesman Les Linebarger told the Nacogdoches County Chamber of Commerce during a conference call Tuesday morning.

Students will have the day off Friday followed by the entire week of March 8. Classes are set to resume virtually March 15. Students and faculty are also expected to have the day off April 2 for Good Friday.

“We have been able to schedule in additional minutes this year so we were able to absorb the two days we missed back in January for the first winter storm we had and now we are seeking a waiver from the state for the time we missed in February, along with hundreds of other school districts,” Linebarger said.

Texas Education Agency has allowed districts around the state to apply for “missed school day waivers” in areas with extended power outages. Oncor, which is the largest electrical provider in Nacogdoches County, listed thousands of local customers without power during the storm.

“We really didn’t know at one point how many people were out of power because they were rolling through some outages to keep the Texas grid on line,” said Oncor area manager Roger Lindsey.

Those controlled outages were mandated by the Electric Reliability Council of Texas, which has faced stiff scrutiny and a probe by lawmakers. Several ERCOT board members and the head of the Texas Public Utility Commission have resigned in the aftermath.

The winter storm brought snow, ice and single-degree temperatures to Deep East Texas, causing burst water pipes and other damage at every campus within the county’s largest school district.

“Our buildings are not designed to take on those types of cold temperatures,” Linebarger said.

All but one NISD campus — Emeline Carpenter Elementary School — opened for in-person instruction Feb. 24, but a major water outage was detected that day at McMichael Middle School, which caused classes there to go online only.