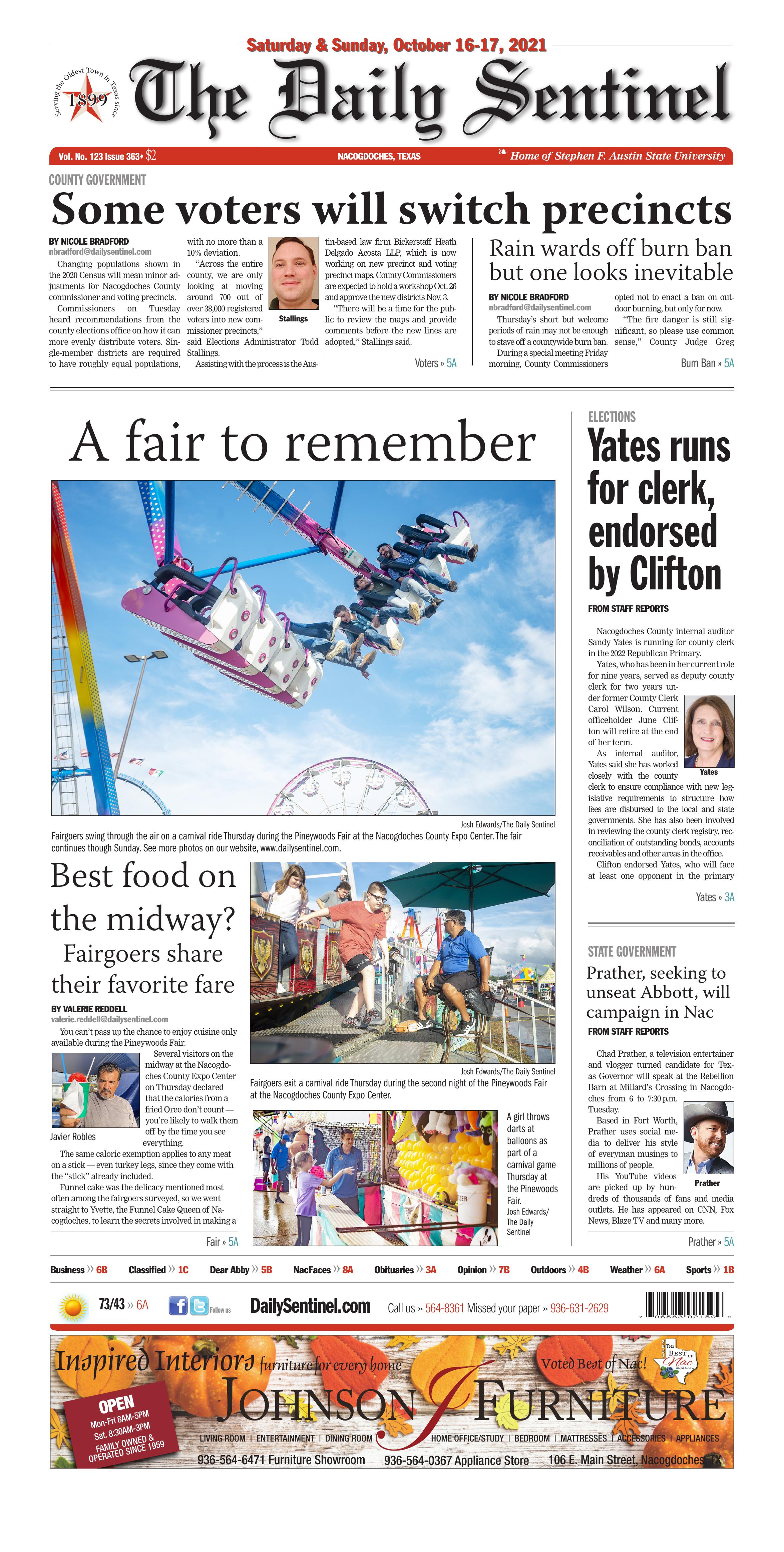 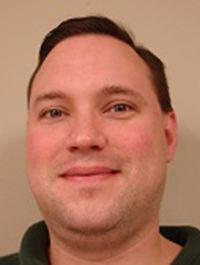 Commissioners on Tuesday heard recommendations from the county elections office on how it can more evenly distribute voters. Single-member districts are required to have roughly equal populations, with no more than a 10% deviation.

“Across the entire county, we are only looking at moving around 700 out of over 38,000 registered voters into new commissioner precincts,” said Elections Administrator Todd Stallings.

Assisting with the process is the Austin-based law firm Bickerstaff Heath Delgado Acosta LLP, which is now working on new precinct and voting precinct maps. County Commissioners are expected to hold a workshop Oct. 26 and approve the new districts Nov. 3.

“There will be a time for the public to review the maps and provide comments before the new lines are adopted,” Stallings said.

In his recommendations, Stallings took into account requests from an area off north Loop 224. Those in Precinct 17, many of whom live in apartments on Meadowview, Northway or Oakview drives, have complained for years about making the trek to Central Heights to vote. Such arguments make sense, Stallings said, since there are much closer polling places.

“So I proposed that we move Voting Precinct 17 into Commissioner Precinct 3 as a result of the requests I’ve received from voters in this area,” he said. “This moves around 450 people from Precinct 1 into Precinct 3.”

Within Precinct 3, which encompasses Stephen F. Austin State University and the northwest parts of the city, he is proposing erasing the current unbalanced voting districts and creating three new equal ones of 3,200 to 3,500 voters each.

“It just worked out this way, but the new voting Precinct 33 I’ve recommended contains Nacogdoches High School,” he said. “If you look at the shape of it, it kind of looks a lot like that NISD Dragon.”

Other recommendations included adjusting precinct lines to match those in rural school such as Cushing and Douglass.

“Since our lines are off a little bit, and people live in some of these areas where the lines are off, it creates scenarios where we have to create a special ballot specifically for these voters — for example, for the upcoming constitutional amendments and Douglass bond elections I had to make a special type of ballot for only two voters who live in Precinct 13, but are actually in Cushing ISD instead of Douglass ISD.”

Under these suggestions, the county, which has had 17 polling locations for the last decade, would have 19 permanent polling places, “which I think is fair and distributes people better and doesn’t help one part over the other,” Stallings said.

The Oct. 26 workshop takes place in the Commissioners Courtroom, Suite 170 on the first floor of the courthouse, 101 West Main St. Recordings of meetings are posted on the county website, www.co.nacogdoches.tx.us. 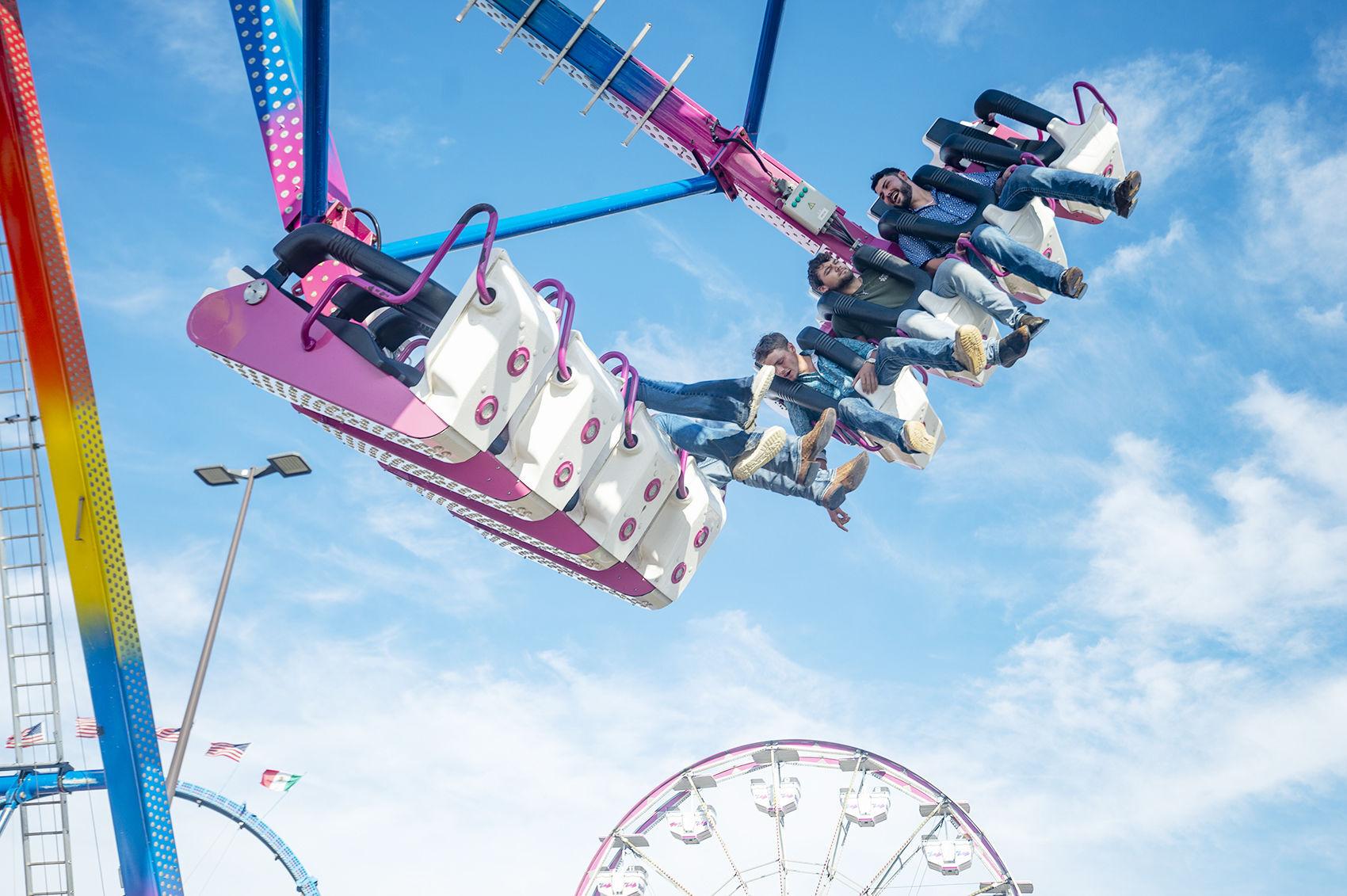 Fairgoers swing through the air on a carnival ride Thursday during the Pineywoods Fair at the Nacogdoches County Expo Center. The fair continues though Sunday. See more photos on our website, www.dailysentinel.com. 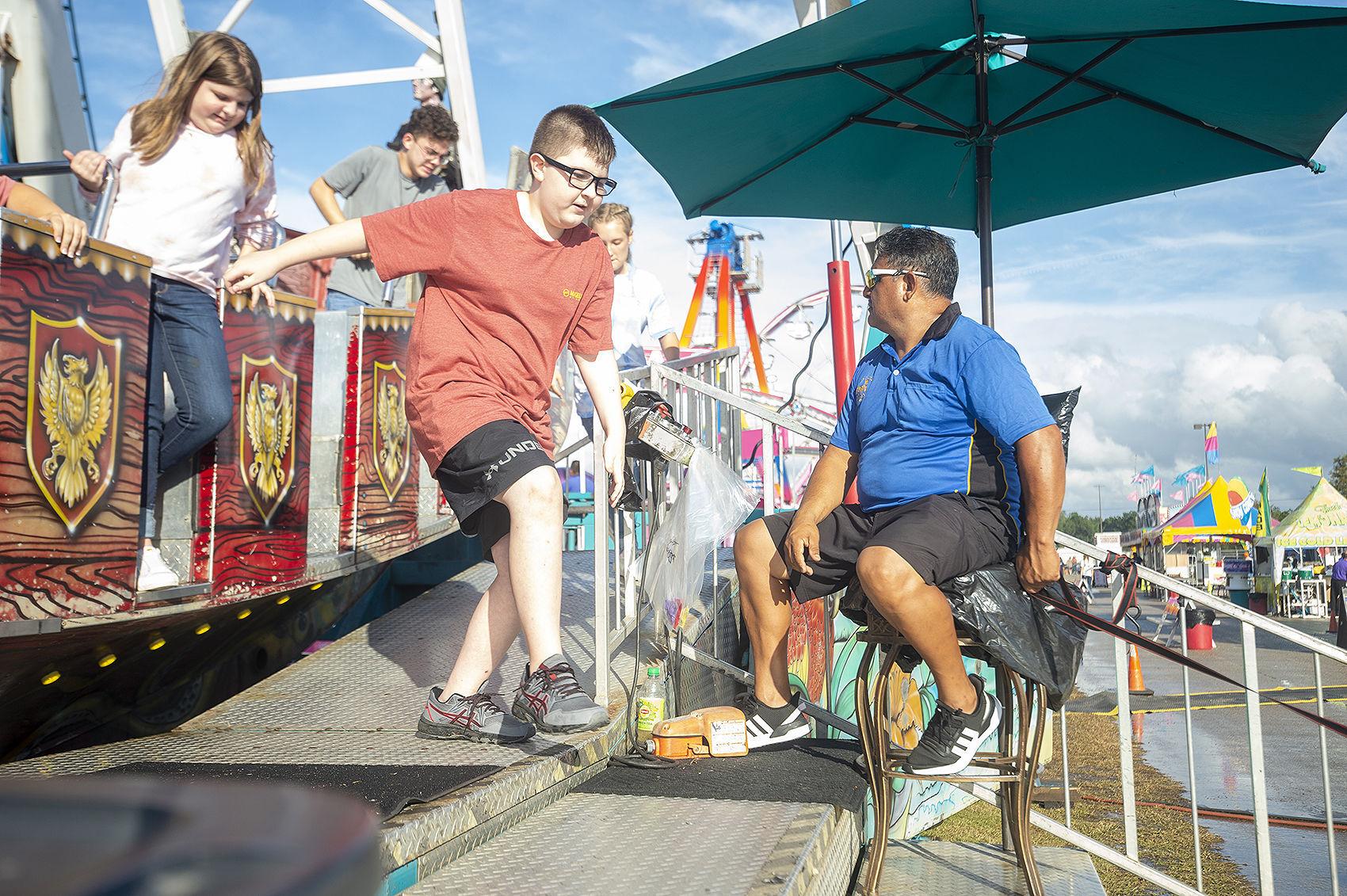 Fairgoers exit a carnival ride Thursday during the second night of the Pineywoods Fair at the Nacogdoches County Expo Center. 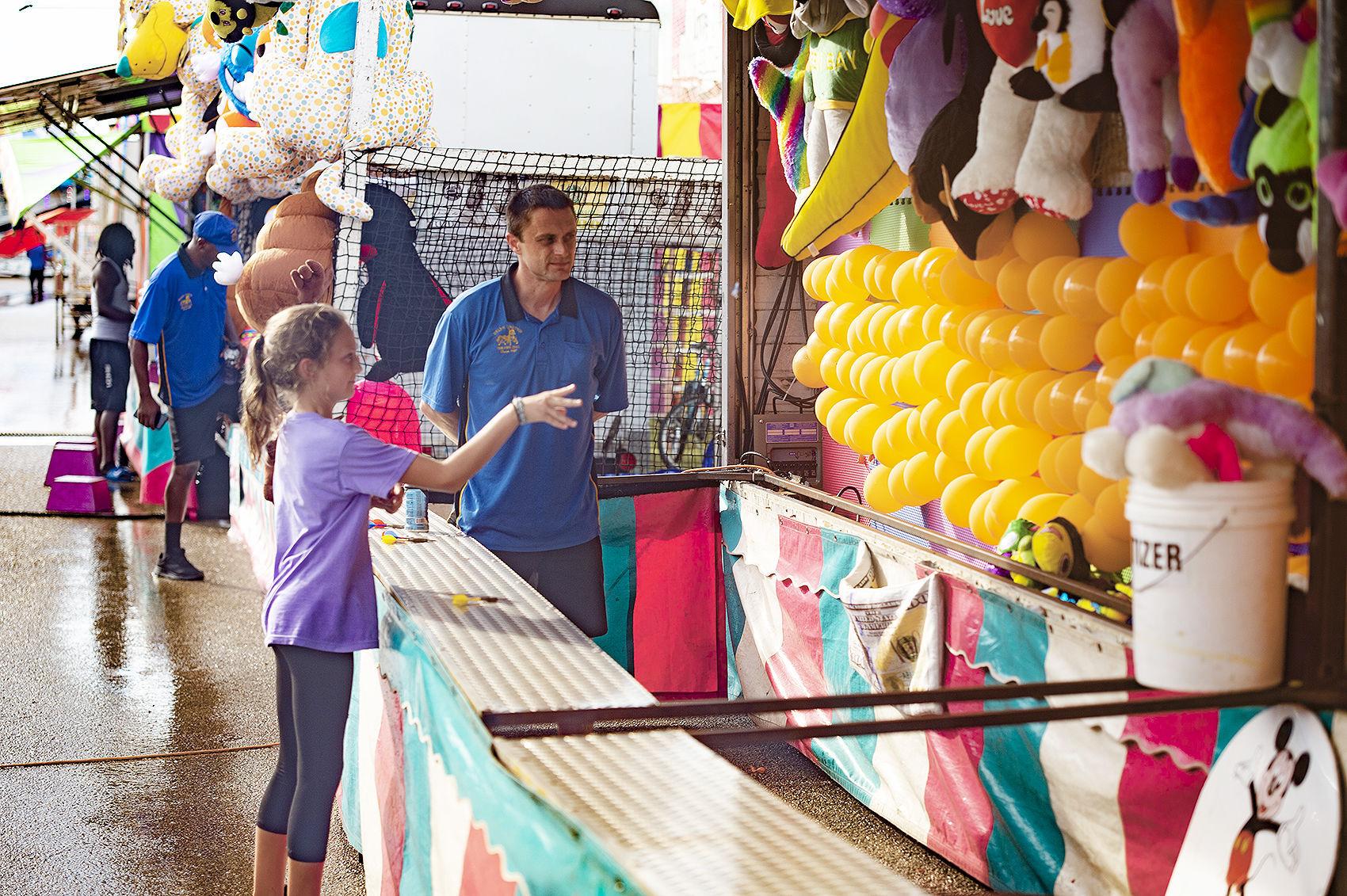 A girl throws darts at balloons as part of a carnival game Thursday at the Pinewoods Fair.

You can’t pass up the chance to enjoy cuisine only available during the Pineywoods Fair.

Several visitors on the midway at the Nacogdoches County Expo Center on Thursday declared that the calories from a fried Oreo don’t count — you’re likely to walk them off by the time you see everything.

The same caloric exemption applies to any meat on a stick — even turkey legs, since they come with the “stick” already included.

Funnel cake was the delicacy mentioned most often among the fairgoers surveyed, so we went straight to Yvette, the Funnel Cake Queen of Nacogdoches, to learn the secrets involved in making a great funnel cake.

A good dough is at the heart of a truly fine funnel cake, Yvette said. Then you have to make sure your oil is the right temperature.

Once your crispy creation is cooked to perfection, it’s time for the toppings — and there are plenty to choose from at her booth. In addition to powdered sugar, Yvette has chocolate, strawberry, cherry, apple and lots of other goodies to pile on top.

The tastes and smells bring back fond memories of childhood visits to the big event.

“Funnel cakes remind me of coming here with my sister and her kids and my parents and having a lot of fun,” Stephanie Harris said. “I also like corndogs because they remind me of going to Trade Days with my grandparents.”

“Sugar is my kryptonite,” Harris said. And the calories are “future Derrick’s” problem, he adds.

For Angela Waddle, the sweet breading around a corndog sends her back to childhood, but she also has to stop by Uncle Ray’s booth for a pepper. “I love peppers!”

Before the trio heads out the gate, though, Angela said she will line up for a caramel apple.

Donnie from Cushing sampled a corndog and a Coke while checking on his niece who was showing a pig. He pronounced them as good as homemade.

If money were no object, Donnie said, he prefers turkey legs for fine dining at the fair, but the price was a little high, so he went for the corndog.

A big, juicy turkey leg also makes it to the top of the list for Jackson Sheffield, who was manning the Nacogdoches Shriner’s booth at the Fair.

Sheffield’s sidekick for the evening, James McGuire, said he would be heading over to the funnel cake stand while he’s at the fairgrounds.

If things get too hot at the fairgrounds, a snowcone by Javier Robles will hit the spot.

Javier and Lupe have all sorts of other treats to try.

BQJ Elementary student Alexis is a funnel cake fan too, and she’s not scared at all of climbing onto the no-gravity ride on the midway.

For several county employees, a day at the fair is a day at the office. David was taking tickets at the door and never missed a beat when he endorsed the turkey legs cooked up at a booth run by trailriders, but he wasn’t sure of the group’s name.

Detective Brandon Lovell with the Nacogdoches County Sheriff’s Office will fully investigate the fried oreos and report back later.

Local
Lack of rain may result in burn ban

Thursday’s short but welcome periods of rain may not be enough to stave off a countywide burn ban.

During a special meeting Friday morning, County Commissioners opted not to enact a ban on outdoor burning, but only for now.

“Even though vegetation might be wet, the drought index is in the 680s and into the 700s, and it’s going to continue to progress if we don’t get rain,” Sowell said.

As of Friday, 43 Texas counties were under a burn ban. Nacogdoches County’s northern neighbor, Rusk County, enacted a ban on Sept. 28.

Rain chances in the Nacogdoches area remain at 20% or below through next Thursday, according to a National Weather Service forecast. County Commissioners will revisit the burn ban decision Tuesday during their regular meeting, taking place at 9 a.m. in Suite 170 of the County Courthouse, 101 W. Main St.

If enacted, the ban would prohibit burning of trash, brush or open fires in the county. Outdoor burning is never permitted inside the city.

Yates, who has been in her current role for nine years, served as deputy county clerk for two years under former County Clerk Carol Wilson. Current officeholder June Clifton will retire at the end of her term.

As internal auditor, Yates said she has worked closely with the county clerk to ensure compliance with new legislative requirements to structure how fees are disbursed to the local and state governments. She has also been involved in reviewing the county clerk registry, reconciliation of outstanding bonds, accounts receivables and other areas in the office.

Clifton endorsed Yates, who will face at least one opponent in the primary — former deputy clerk Hollie Dewberry.

“She is everything that the Republican party stands for. Sandy has strong family values and demonstrates her Christian and conservative values in every aspect of life,” Clifton wrote. “I have worked closely with Sandy for over 11 years and have personally observed her strong worth ethics, her expertise and her dedication to our county.”

Yates has also worked in title abstracting and research across the U.S. Having worked in many courthouses, she describes Nacogdoches County as, “one of the best and easiest for research and title work.”

A resident of the Douglass area for most of her adult life, Yates is a Stephen F. Austin State University graduate with a bachelor of business administration degree majoring in accounting. She is a member of the business honor society Beta Gamma Sigma. She and her husband, Jackie, were co-owners of Yates Auto Sales in Nacogdoches for 15 years.

Yates’ community involvement includes serving as Webelo den leader, preparing her four sons to achieve Eagle Scout rank, as well as being active in Concerned Women for America. As a member of the Republican Party of Nacogdoches, she served as precinct chair for more than 10 years and attended Republican state and county conventions as delegate.

Other seats up for election in 2022 include:

Traditionally held in March, the 2022 primaries could be delayed because of how late redistricting is happening this year. Lawmakers typically tackle the arduous redistricting process during the regular legislative session, but delays in census data because of the COVID-19 pandemic have pushed it into a special session.

Chad Prather, a television entertainer and vlogger turned candidate for Texas Governor will speak at the Rebellion Barn at Millard’s Crossing in Nacogdoches from 6 to 7:30 p.m. Tuesday.

Based in Fort Worth, Prather uses social media to deliver his style of everyman musings to millions of people.

His YouTube videos are picked up by hundreds of thousands of fans and media outlets. He has appeared on CNN, Fox News, Blaze TV and many more.

He believes Texas should be a leader in the U.S. and No. 1 across all categories.

“Unfortunately, Texas is no longer the Texas that most Texans think it is,” Prather said. That trend must change by putting Texas first.”

Prather believes that the power grid in Texas will continue to be an issue until something real is done about it.

“We must increase baseline and reserve power,” Prather said. “We don’t have enough generation capacity to manage peak usage times and times when certain power generation isn’t available. We need back up power.”

“I trust the free market to come up with solutions to most of our problems. Let’s let them do it,” Prather said.

On education, Prather believes performance-driven teachers should be robustly rewarded.

He believes civics, U.S. and Texas history programs should be expanded and schools should be encouraged to include the citizenship test as part of their graduation criteria.

Prather also wants career counseling and information on in-demand jobs be shared with students and parents beginning at the middle school level.

Many people in skilled career fields are hindered from actually doing their jobs because of onerous state licensing requirements, Prather said. He also wants it to be easier to start and run a small business in Texas. Licensing requirements and other business regulations should be reviewed.

Prather believes the Texas economy can grow by investing in the businesses that are already here, not relocating California empires to Texas. Further growth can be accomplished by increasing education opportunities that produce job-holders, not degree-holders.