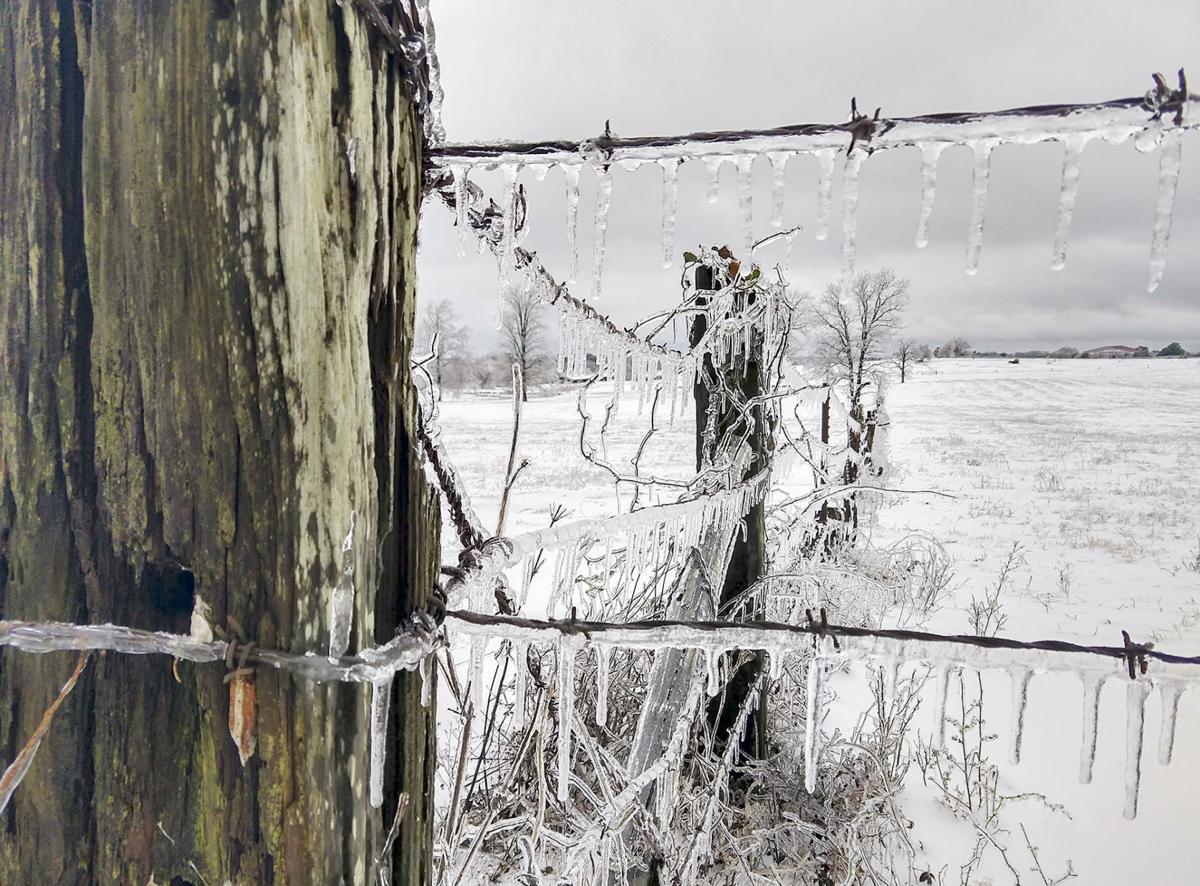 Icicles dangle from a barbed-wire fence in along a northern Nacogdoches County road on Feb. 17. 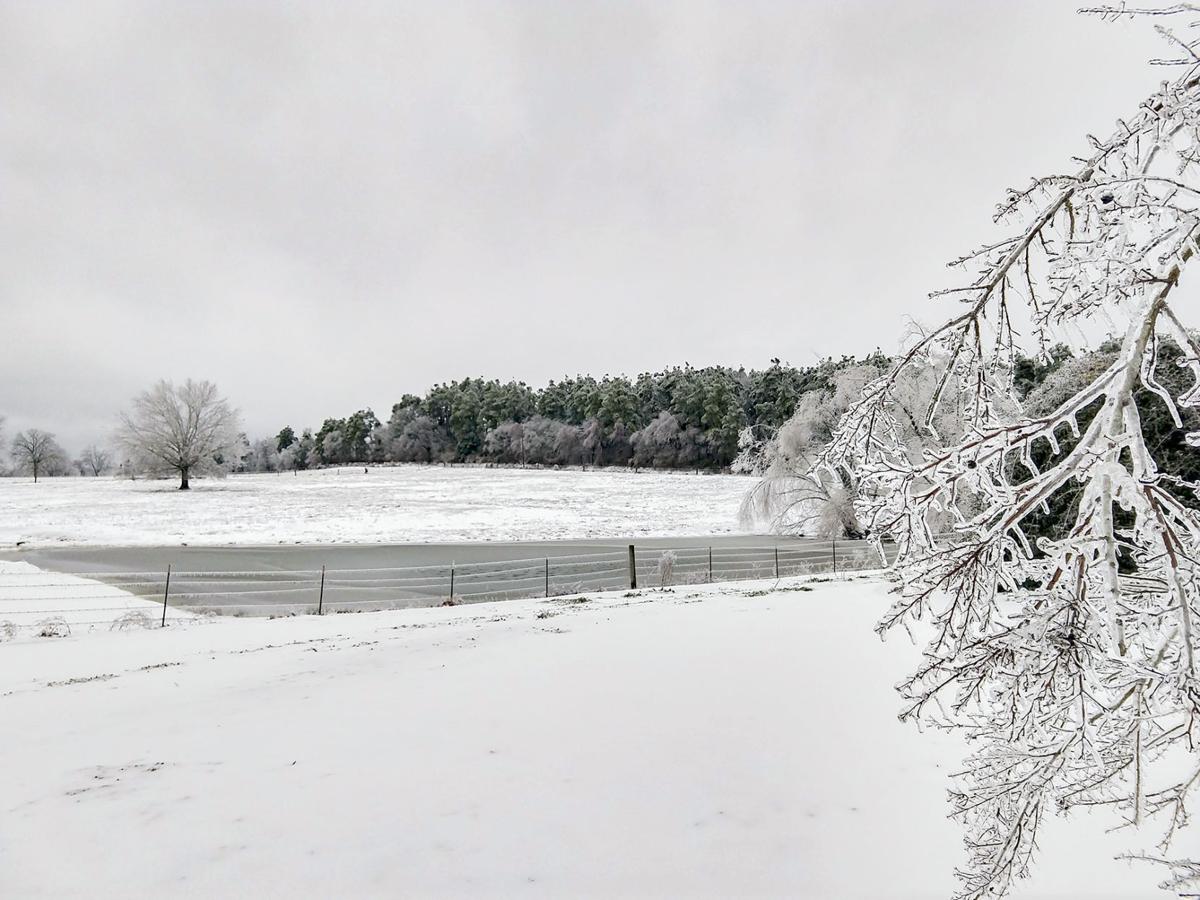 Snow and ice blanket a pasture in northern Nacogdoches County on Feb. 17.

Icicles dangle from a barbed-wire fence in along a northern Nacogdoches County road on Feb. 17.

Snow and ice blanket a pasture in northern Nacogdoches County on Feb. 17.

The winter storm that pummeled the Pineywoods last week set records and stalled life in East Texas, but it still didn’t break the official all-time low temperature recorded by the National Weather Service for the area.

The all-time low temperature recorded by the National Weather Service in Lufkin is -2 degrees Fahrenheit, set initially in 1930 and tied in 1951. The weather service does not keep records highs and lows for Nacogdoches. The lowest temperature on record during last week’s storms came on Feb. 16, when the mercury dipped to just 3 degrees, said Shreveport-based Hydrologist C.S. Ross, breaking the daily low record of 19 set in 2007, according to weather service records.

Of the first 53 days in 2021, 14 of them have had low temperatures below freezing, according to National Weather Service records.

The first of the two winter storms which blanketed the area last week deposited at much as 5 inches of snow in Appleby and 4 inches in Nacogdoches, Ross said. The second storm on Wednesday contributed .25 inches of light freezing rain to the mix in south-southwestern Nacogdoches County, Ross said.

The snow, sleet and ice did little to erase a deficit in precipitation the area has received since at least December 2020. So far in 2021, some 4.09 inches of precipitation have been recorded, which is 3.17 inches less than the average 7.26.

February has accounted for a little more than half of that, with 2.10 inches having come down this month, which is just shy of an inch below the average 3.08, Ross said. Since Dec. 1, 2020, 10.31 inches of precipitation have been recorded by the National Weather Service — a departure of 1.39 inches below the average 11.70 inches.

The combination of record-setting cold, snow and precipitation spurred widespread power outages and a flood of calls to emergency responders, and was responsible for the deaths of at least three people in Nacogdoches County.

Deborah Wright, 63 and James Harkness Jr. 60, and Richard Woodard, 42, of Mount Enterprise, were presumably killed when a generator melted a hole in the side of the home they were in and leaked carbon monoxide into the building.

Generators were also thought responsible for structure fires in the county, including one on Feb. 22 that destroyed the second floor of a home in the Nat Community in northwest Nacogdoches County.

A fire in the 700 block of CR 839 began in a large generator before spreading to the eaves of the home and into the second floor and attic, according to the Lilbert-Looneyville Volunteer Fire Department.

“There have been several structure fires this week due to generators,” according to a Facebook post by the department. “We cannot stress enough about being very careful with generators.”

Between Feb. 14 and Feb. 22, Nacogdoches firefighters were dispatched to 305 calls, 108 of which came into the department on Feb. 17 alone.