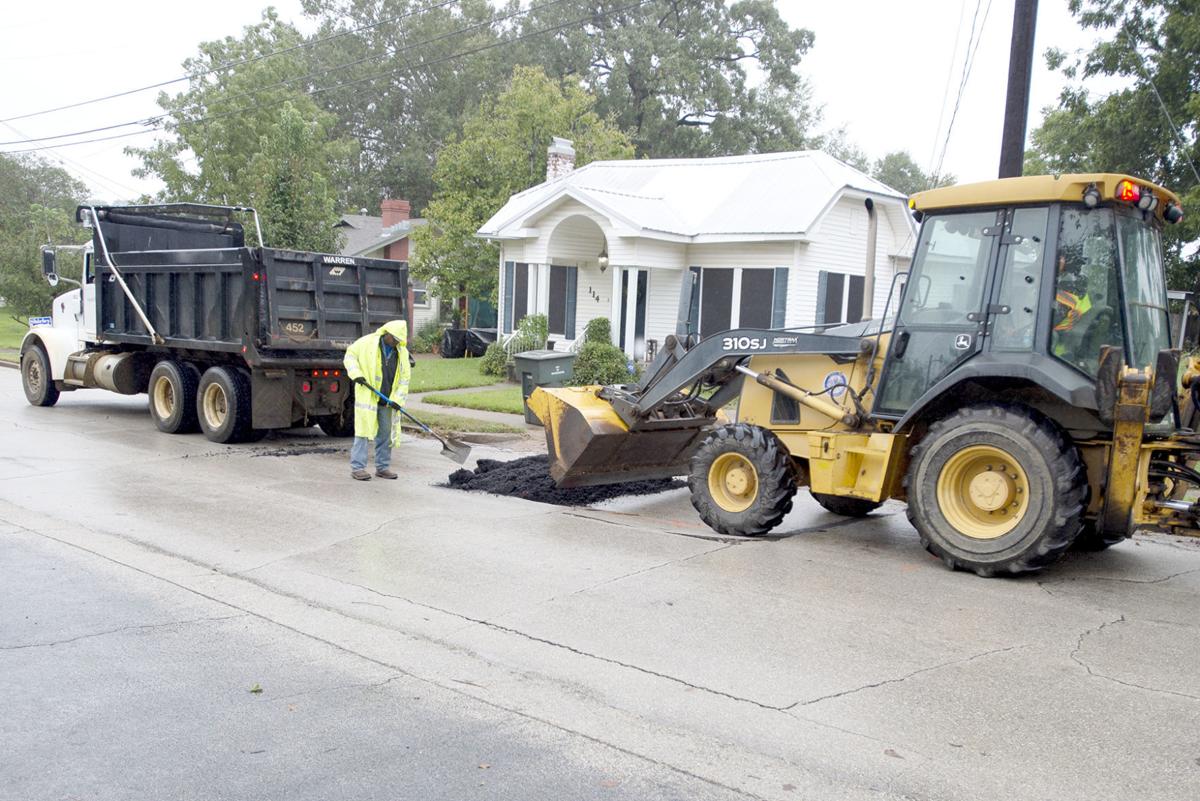 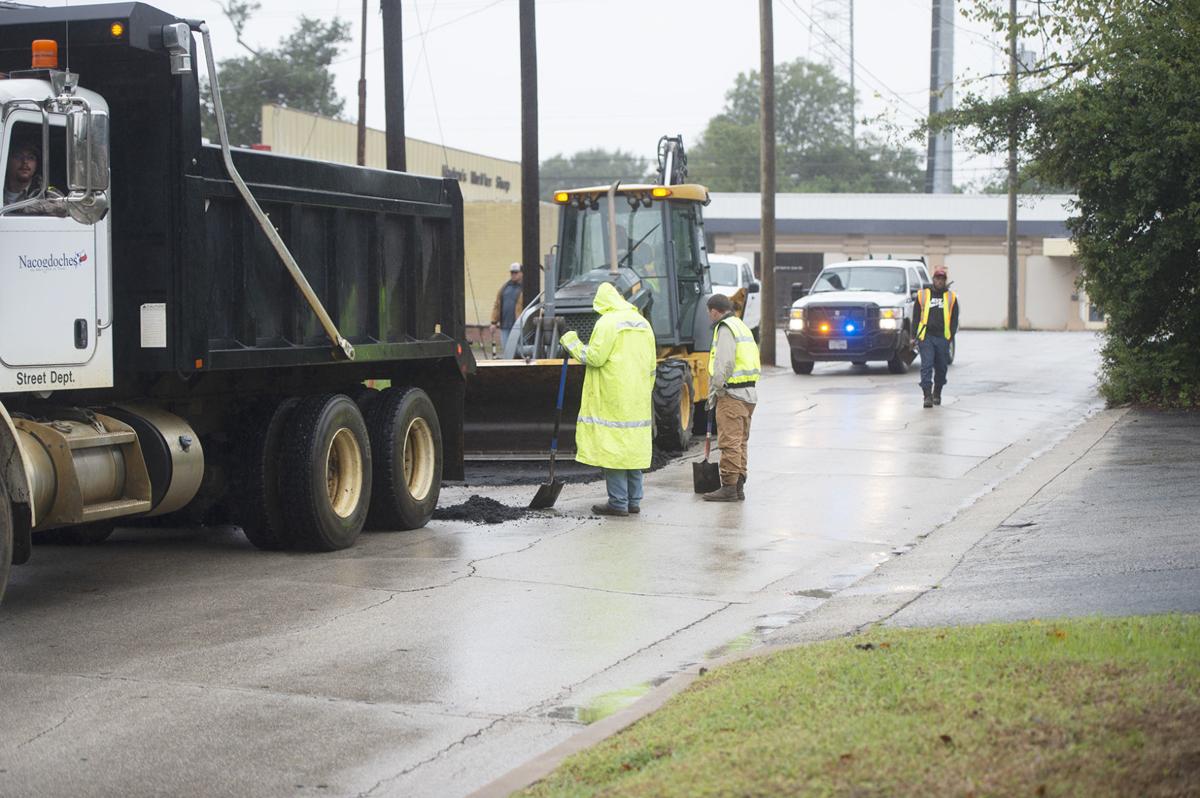 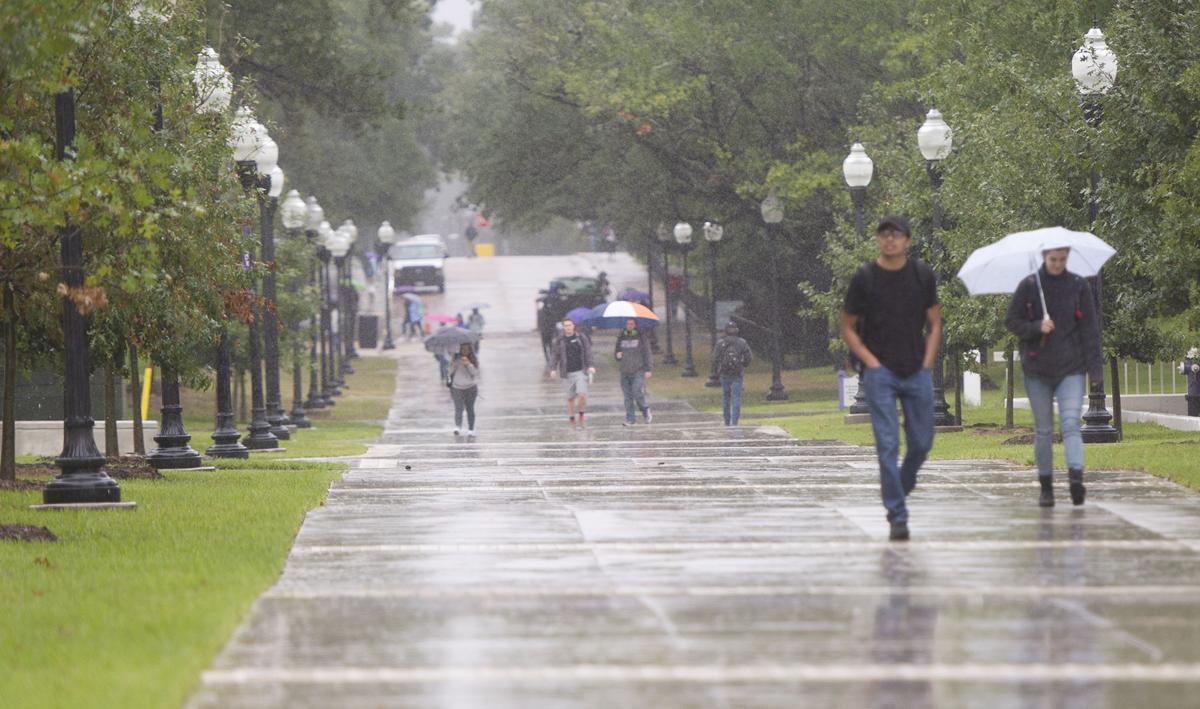 SFA students make their way through campus in the rain on Tuesday afternoon.

SFA students make their way through campus in the rain on Tuesday afternoon.

Little about the weather in October has been average, according to the National Weather Service, and the chilly, wet storms sweeping though the area this week are expected to even set some records.

The rain that soaked the area beginning Monday is expected to add to the glut of precipitation that’s fallen in the pineywoods this month and for much of the year, despite dry conditions this summer, though the temperatures recorded Tuesday are the most significant thing to come out the storms.

High temperatures in mid-October usually hover around 80 degrees, so the fact that areas of East Texas never got much warmer than the mid or low 50s was significant, said Brandi Richardson, a meteorologist with the National Weather Service’s Shreveport office.

“We’re going to shatter some records for lowest maximum temperature,” Richardson said “This is a very early cold-air mass.”

Preliminary weather observations from the A.L. Mangham, Jr., Regional Airport put the high temperature at a high of 55 Wednesday morning, according to the data.

Richardson said the forecast is calling for a break in the rainfall today and Thursday, as the chance for rain dips to 30 percent during the day and climbs only to 40 percent tonight and Thursday night, which could help alleviate concerns over flooding.

The weather service hadn’t received reports of flooding in Nacogdoches County, Richardson said, though a number of Angelina County communities reported high water because of the storms.

A break in the rain should help keep rivers and creeks inside their banks, she said.

Already, though, October has been significantly wetter than normal, Richardson said, with a recorded rainfall total of 8.28-inches for the month, which is 6.23-inches higher than average. Those numbers included only what had fallen in the area as of midnight Monday, she said.

For the year, 46.94 inches of rain had fallen in the Lufkin-Nacogdoches areas, she said, which was more than 10 inches higher than average.

The chance for rain climbs up to 60 percent again for Friday as highs are expected to climb up to the lower 60s, but Richardson said there’s a possibility for some sunshine Saturday afternoon.

The most recent climate models looking at the next three months call for a 30-percent chance for a winter that’s warmer than average and wetter than average, she said.

As of Tuesday afternoon, Lake Nacogdoches was some 86.3-percent full, up from 85.5-percent full on Monday. In September, the lake had shrunk to just 83-percent full, according to the Texas Water Development Board.