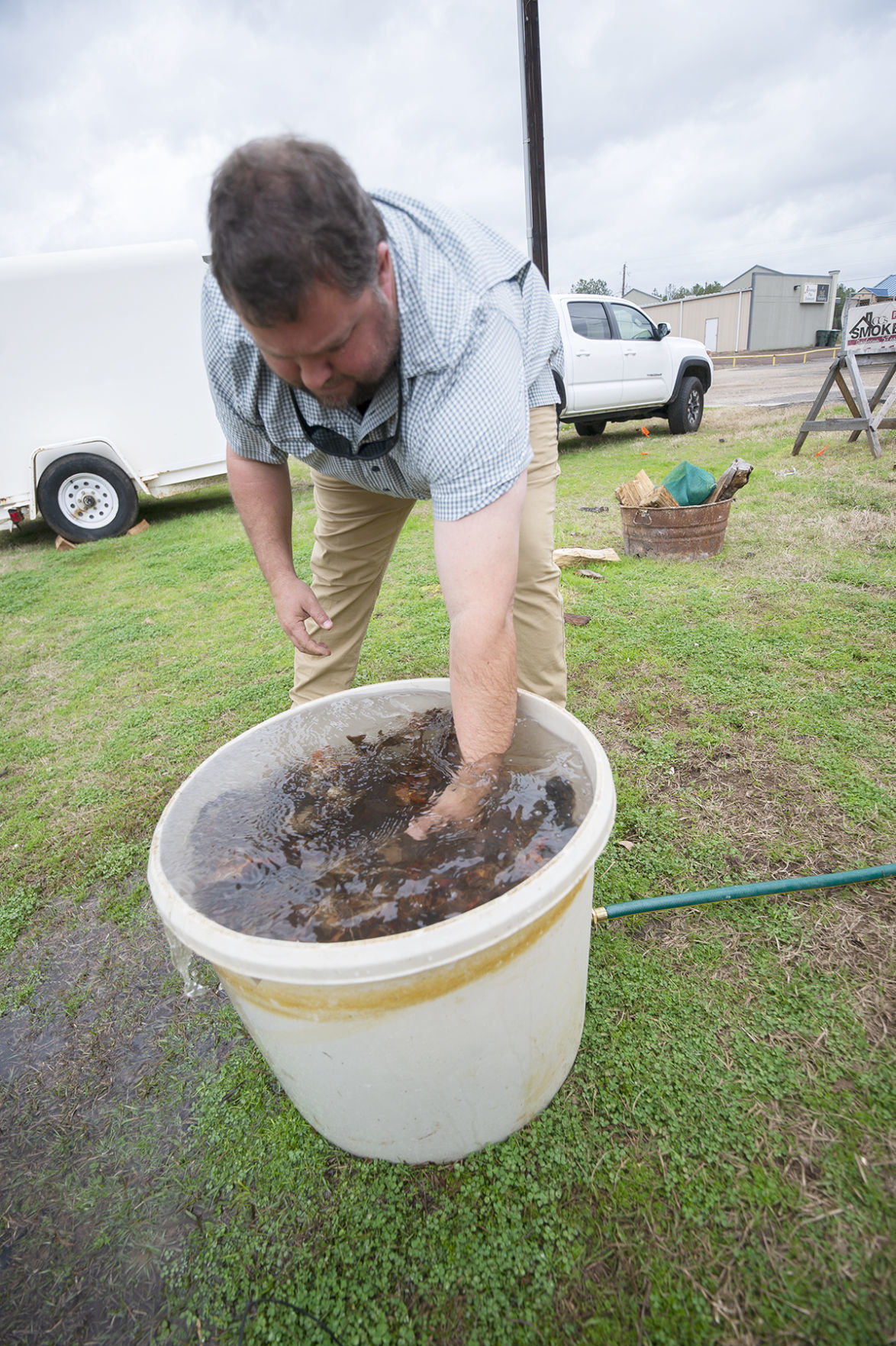 Brandon Deshotel sifts through a bucket of crawfish behind the future home of Moon’s Cajun Meats on Friday, Jan. 14. The market will offer a variety of specialty meats, fish and seafood. 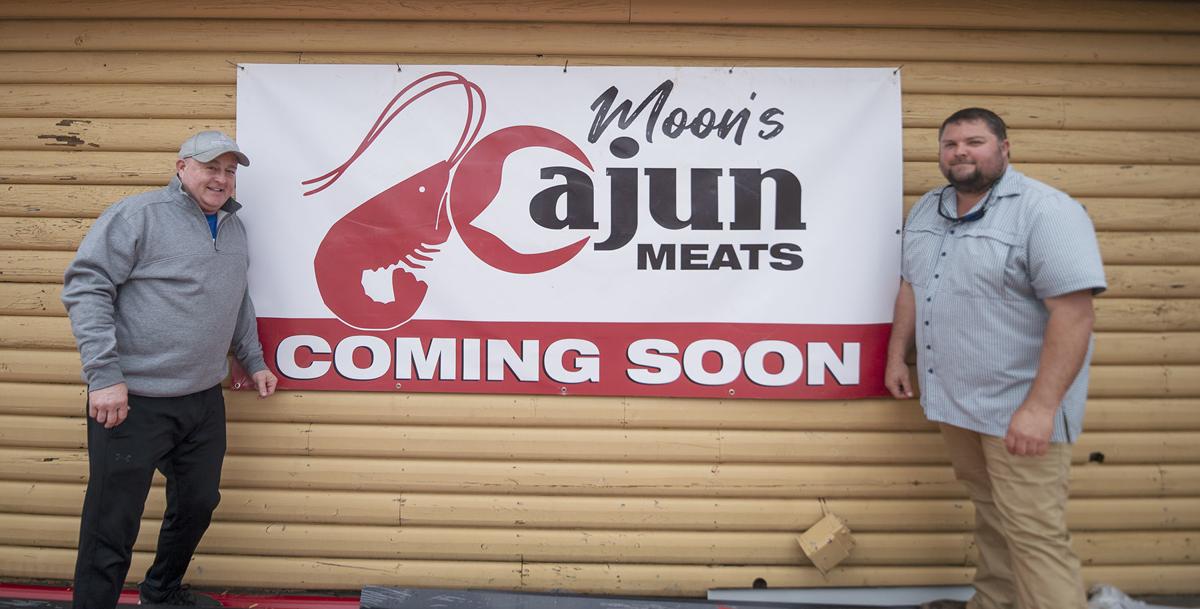 Heath Clement, left, and Brandon Deshotel, right, beside the sign for Moon’s Cajun Meats — a specialty meat market opening next month next to CC’s Smokehouse. Clement and Deshotel are partners in the business.

Brandon Deshotel sifts through a bucket of crawfish behind the future home of Moon’s Cajun Meats on Friday, Jan. 14. The market will offer a variety of specialty meats, fish and seafood.

Heath Clement, left, and Brandon Deshotel, right, beside the sign for Moon’s Cajun Meats — a specialty meat market opening next month next to CC’s Smokehouse. Clement and Deshotel are partners in the business.

The roughly two minutes spent by Bubba Blue in the 1994 movie Forrest Gump spent discussing shrimp and its various incarnations is arguably one of the movie’s most iconic scenes.

Talking to Brandon Deshotel about what you’ll find inside his shop next to CC’s Smokehouse is pretty much the same experience, except that it’s Cajun meats and they’ll be available next month.

“I could write a book about it,” said Deshotel about what he plans to offer.

The business is a partnership between Deshotel and CC’s Smokehouse owner Heath Clement, who meet through a mutual acquaintance working in the food business back in October.

What Deshotel knows about Cajun food comes from growing up there.

“My mama could cook. My daddy cooks. I’ve been cooking all my life,” he said. “With Cajuns, we love to cook.”

Deshotel has called the Lake Charles, Louisiana, area home for about the last 15 years, he said, and his career working in the oilfield in recent years meant he was spending a lot of time in East Texas.

In fact, the pull of the Pineywoods’ gas and oil booms in the last decade that drew him here is also what he thinks has led to a booming interest in Cajun food here.

Though East Texas is no stranger to the culinary influences wafting up from the bayous and coastal plains like steam off a boiling stock pot, the food — particularly crawfish — has become increasing popular in recent years.

This summer, market research company Technavio released a report estimating the global demand for crawfish would grow by about 14% through 2023 to the tune of about $9.72 billion. That growth is expected to be largely in packaged and processed crawfish, according to the report.

Deshotel said it wasn’t unusual for him to cook for the other oilfield workers he was with on job sites.

Moon’s Cajun Market will offer their products vacuum sealed for customers to carry home and prepare. Crawfish will be for sale live or prepared.

The market is expected to open sometime in mid-February, though a hard date hasn’t been pinned down yet. Deshotel said he’s planning for a ribbon cutting ceremony with the Nacogdoches County Chamber of Commerce on Feb. 25.

He expects to host a grand opening for the business in April, complete with a crawfish boil.

“We’re going to try it here because there’s nothing like this around here,” Deshotel said.