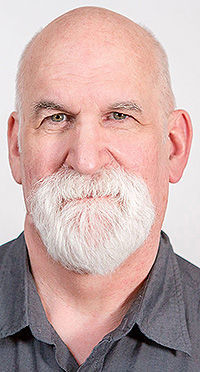 A proposition on the Republican primary ballot about tax-payer funded lobbying is misleading and would “minimize the voice of small rural counties and cities,” state Rep. Travis Clardy said during the most recent meeting of the Nacogdoches County Republican Party.

Proposition 3 on the Republican ballot reads,” “Texas should ban the practice of taxpayer-funded lobbying, which allows your tax dollars to be spent on lobbyist who work against the taxpayer.”

“If that happened to be true, I would agree with that. It just doesn’t happen to be true,” Clardy said.

The propositions are nonbinding, and are used by political parties to gauge support and opposition for certain issues and could be used to say that a certain percentage of Republicans oppose taxpayer-funded lobbying.

“Not once have I had any association or group … come to me and say ‘We need your help. We really want to mess over the taxpayers and we don’t want to get caught doing it.’ That’s not what happens,” Clardy said.

A bill proposed in the 86th Legislature would have prevented cities and counties from using taxpayer money to hire lobbyists and make it illegal to use county phones or computers to contact a legislator.

The bill would also make it crime to reimburse city or county staff for travel expenses to Austin to speak on behalf of legislation.

“I’m not against saving money, but this is a fox dressed up like a chicken,” County Judge Greg Sowell said.

The revitalization of the Fredonia Hotel was thanks to a taxpayer-funded lobby, Clardy said.

“Instead of seeing what would have been the biggest bat dormitory in all of East Texas, we now have the Fredonia Hotel that employs 120 students who are able to work their way through college and not take on student debt,” Clardy said. “That money stays in our community,”

“I voted against it last time. I will vote against it next time. If this were to pass, it is one of the worst bills we could pass for rural Texans,” Clardy said. “If you want to minimize the voice of small rural counties and cities that are not across the street from the capitol, pass this. If you want the cities to have even more power, pass this.”

Democrat Alec Johnson, who will face Clardy in November, said he supports tax-payer funded lobbying, but considers it to be a minor issue.

“I guess you could record this as a rare area of agreement between myself and Travis Clardy,” Johnson said. “The problem we have in Texas when it comes to taxes isn’t taxpayer-funded lobbies. It’s that we have the most regressive tax system in the country and are constantly balancing the budget on the backs of working families.”

Bonnen is not seeking reelection as result of fallout from the scandal.

“That gun he pointed at me kicked a lot harder than it shot,” Clardy said.

During the closed door meeting, Bonnen spoke with Empower Texans CEO Michael Quinn Sullivan at length about wanting to eliminate taxpayer-funded lobbying, an issue supported by the hardline conservative group. Rural counties and cities have largely relied on the practice to further legislative agendas. Nacogdoches County does not use tax-funded lobbyists, Sowell said, but does support their use.

“I know that’s how me and about 220 other constitutions earned the name ‘d-blank a-blank county judges,’” Sowell said, referring to disparaging remarks made about county officials by speaker Dennis Bonnen.

Republicans will be asked whether they agree with 10 nonbinding propositions, while Democrats will vote on 11.

“I would vote for every single one of them. I think they’re highly reflective of views that the majority of members of the Democratic Party have,” Johnson said.