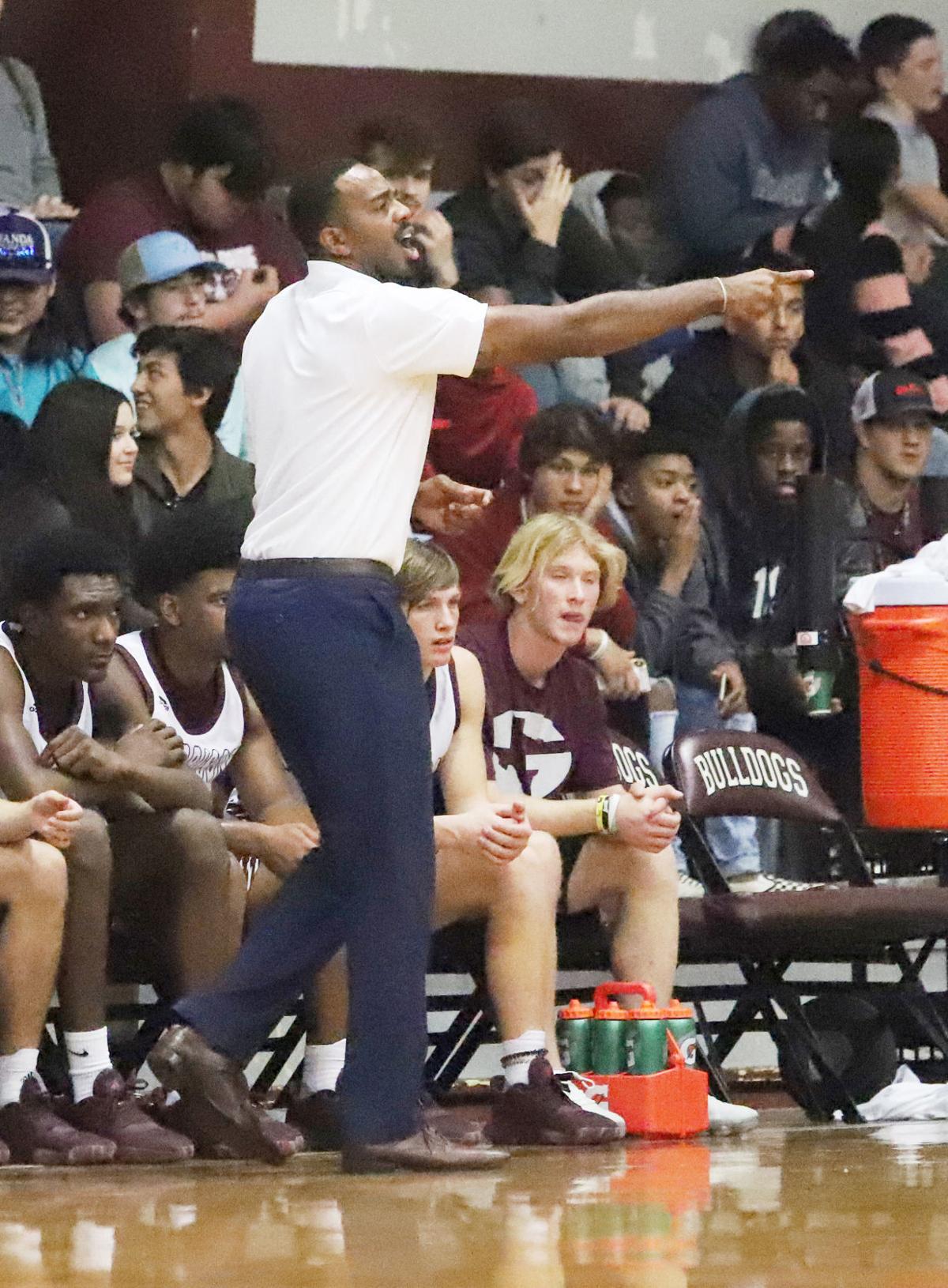 After turning the Garrison boys basketball program into a state-ranked power, Alex Cloudy has taken the same position at Timpson High School. He will also be defensive coordinator for the football program. 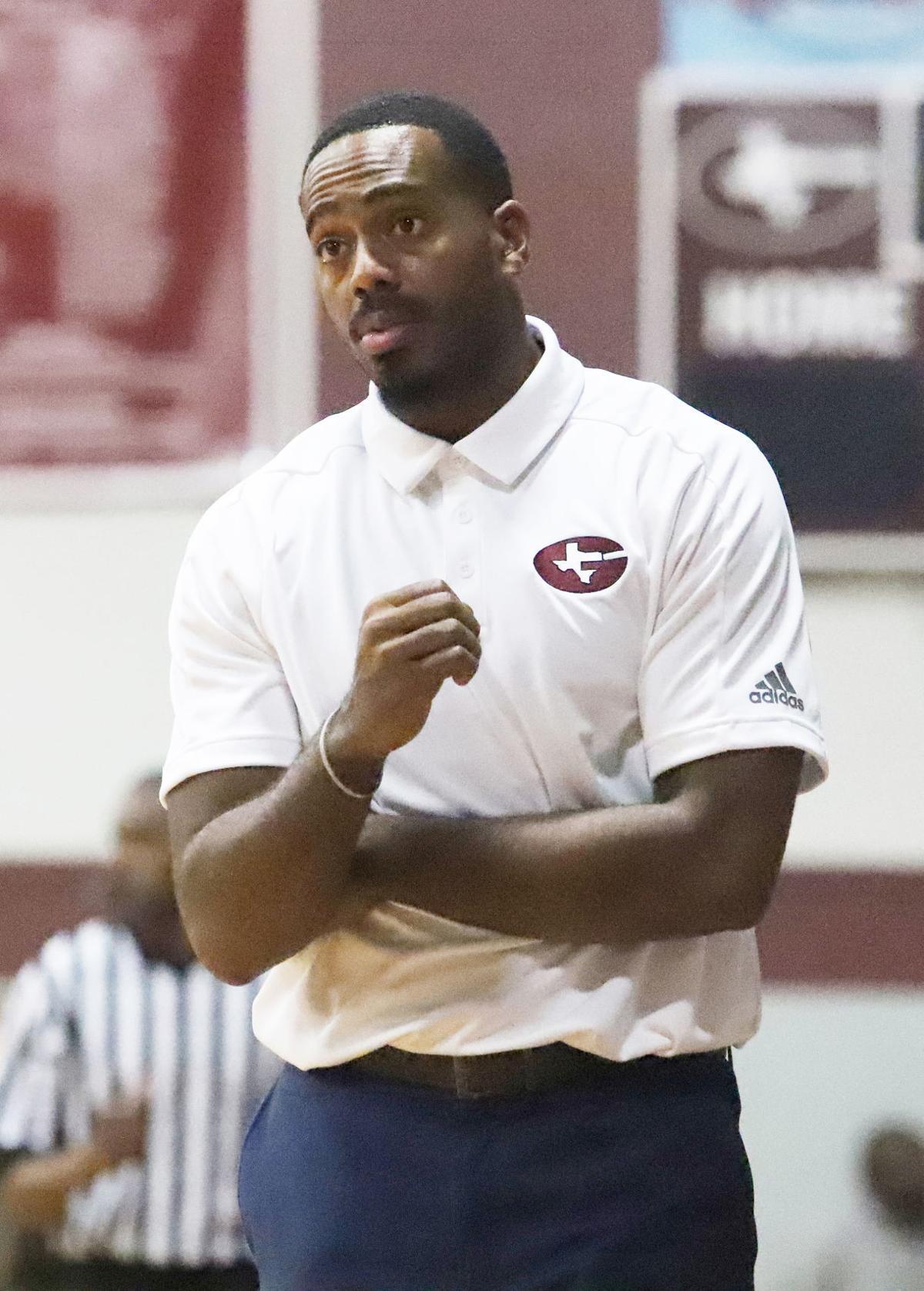 Alex Cloudy served as boys head basketball coach at Garrison, defensive coordinator for the football squad and head track coach. He has accepted a position as head coach at Timpson, along with DC of the Bear football program.

After turning the Garrison boys basketball program into a state-ranked power, Alex Cloudy has taken the same position at Timpson High School. He will also be defensive coordinator for the football program.

Alex Cloudy served as boys head basketball coach at Garrison, defensive coordinator for the football squad and head track coach. He has accepted a position as head coach at Timpson, along with DC of the Bear football program.

East Texas high school basketball coach Alex Cloudy is quickly gaining the respect of his peers and fans after building Garrison to a state power. Now he’s ready to take the next step in his coaching career after being hired by the Timpson Independent School District to assume the THS boys head coaching position, as well as defensive coordinator for the Bears’ football team. He will also coach track in some capacity.

Cloudy has spend the last five years at Garrison High School, serving as varsity boys head basketball coach and turning the program into a state-ranked program. He was also the defensive coordinator for the past two seasons for the Bulldogs’ football program, working as co-defensive coordinator the previous two seasons. He also worked with the GHS varsity boys track program for the past four years, serving as head track coach the past two seasons.

A 2009 graduate of Center High School and a 2013 graduate of East Texas Baptist University, Cloudy has been in the coaching profession for the past seven years. He said coaching boys football and basketball is difficult at times, but with time management, it has provided him with a strong resume and a close relationship with his student-athletes.

“The biggest thing is you have to coordinate your time,” Cloudy said about coaching the fall and winter sports. “It would be one thing if I were a position coach (in football), but because of the demands of being a DC (defensive coordinator), I have to give so much time and effort to football. And, of course, we’re asking the kids to do the same.

“So I had to figure out how to utilize my time in the summer. I had to be ready for football season, but I also had to prepare for the first couple of weeks of basketball because we assumed that every year that we’re going to make the (football) playoffs. So we have to start (basketball) on a Saturday after the football playoffs are over and usually have a game the following Tuesday. That takes planning.

“You just have to divide your time and be prepared.”

Cloudy helped the Bulldog football program to five straight playoff appearances in as many seasons, including a district championship and a third-round run in the postseason in 2018. Over the past four seasons the Bulldogs football team had a cumulative record of 28-20.

In addition to leading the Garrison track team to the District 22-2A title, the 2A Area championship and the Class 2A Region III title as well in his first year as track coach in 2019, Cloudy’s basketball team rose from the struggles in a powerful district, to roll to a 26-8 record this past season, earning the program’s first playoff berth since 2012 and soaring to a No. 8 ranking in the state.

“The key to turning the basketball program around was changing the culture, which was a big thing,” Cloudy explained. “The kids just need to believe that they could win and buy into working hard every day in practice and then put that work into the process. The product took care of itself.

“I think we truly turned the corner a few years ago and we just didn’t have the talent and we were in a loaded Class 3A district with Central Heights and Central a few year back, with athletic teams with Newton and Woodville as well. We would end up fifth in the district and be just one game away from the playoffs.”

It didn’t get much easier the past two seasons with the two-time Class 2A State Champion Shelbyville Dragons in the league in 2018-19 and 2019-20, along with state-ranked teams from Tenaha, San Augustine and a historically tough Woden squad as well.

“When we dropped back to (Class) 2A, it helped us, but we were young and the district was one of the toughest in our classification in the state,” Cloudy said. “But the kids on our team thought they could win every time they stepped on the court. They worked hard, not just in practice, but in games and during their summer league, playing with Coach (Hiram) Harrison in Center. I think those things helped prepare us for the district this past season.”

Cloudy said because Garrison has such a football-rich tradition, he taught his basketball players — most of whom played on the football team — to bring their athletic abilities to the court.

“It actually really helped to coach both football and basketball because I had so many athletes that played both sports,” he said. “I got them to understand and trust me and buy into what I was teaching them. They also realized that you don’t have to specialize in high school and that college coaches really want to see them compete and work at a high level, no matter the sport.

“As good as they were athletically, they realized that they can be just as successful in basketball as they were in football. And the track program tied it all together because it is the ultimate competitive sport.

“We just took the football players and kind of played football on the basketball court. We played physical. We played fast, uptempo, aggressive ball and let them play free. And they really enjoyed it.”

As for the move to Timpson, Cloudy just saw it as a great opportunity and the timing seemed to be right.

“It was a tough decision, but there were several factors for the move,” he said. “One of the biggest goals in my career is I want to eventually be an athletics director. I just felt like that to move closer to that goal I needed to make a change and that I had reached my ceiling in Garrison.

“When I interviewed at Timpson I was told I would have the opportunity to grow. They were supportive and a lot of people in the community reached out and expressed their excitement at the chance of me leading their programs.

“I’m going to miss the kids and the great relationships I’ve built at Garrison, but I’ll still be in the area and I’ve always been a person who keeps in touch with those here in the East Texas area.”

“I think God obviously put me there for a reason,” he said.

He said he has goals of helping the Bears’ basketball program to the postseason, something it has not achieved in more than six years. Another goals he will aim for is a district title and a strong run in the basketball playoffs.

The Bears will move into District 23-2A in basketball for the 2020-21 year, joining Gary, Joaquin, Martinsville, San Augustine, two-time defending champ Shelbyville, along with Tenaha.

“I look at this as the ACC of high school basketball,” he said. “There are great coaching in this district and it’s loaded with talent. I’m excited to see where God is going to take me.”