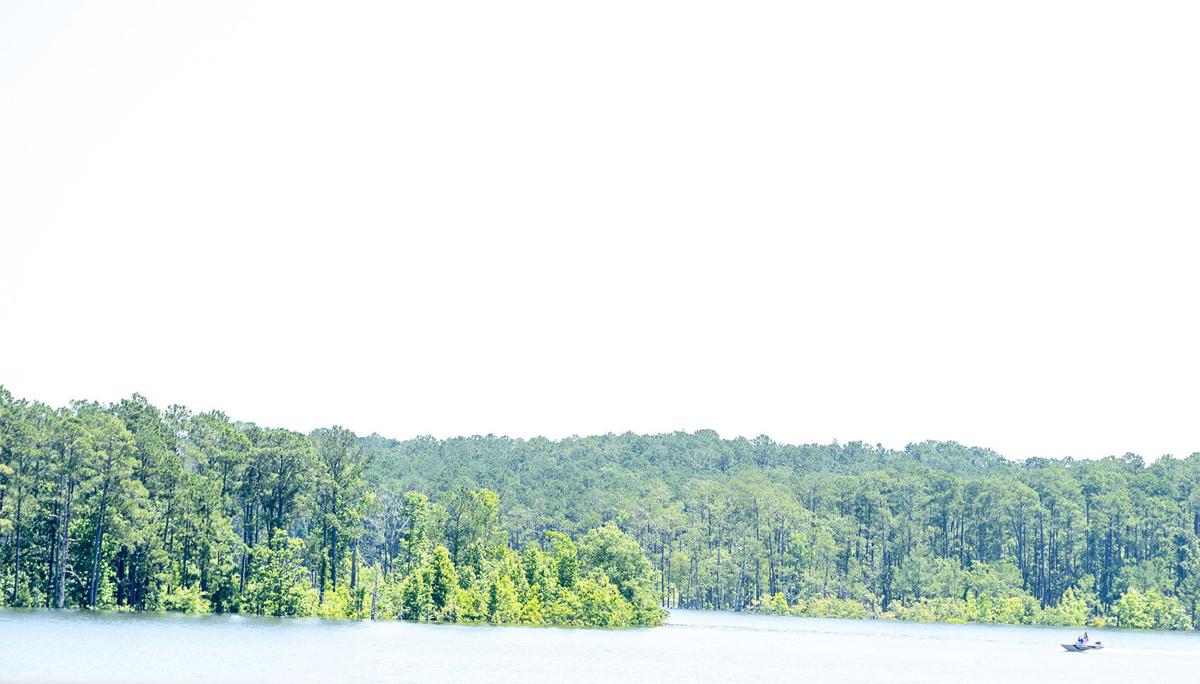 A boater approaches submerged trees Wednesday at Sam Rayburn Reservoir in Jasper County. Heavy rain this weekend could cause record levels at the lake and send water rushing over the emergency spillway. 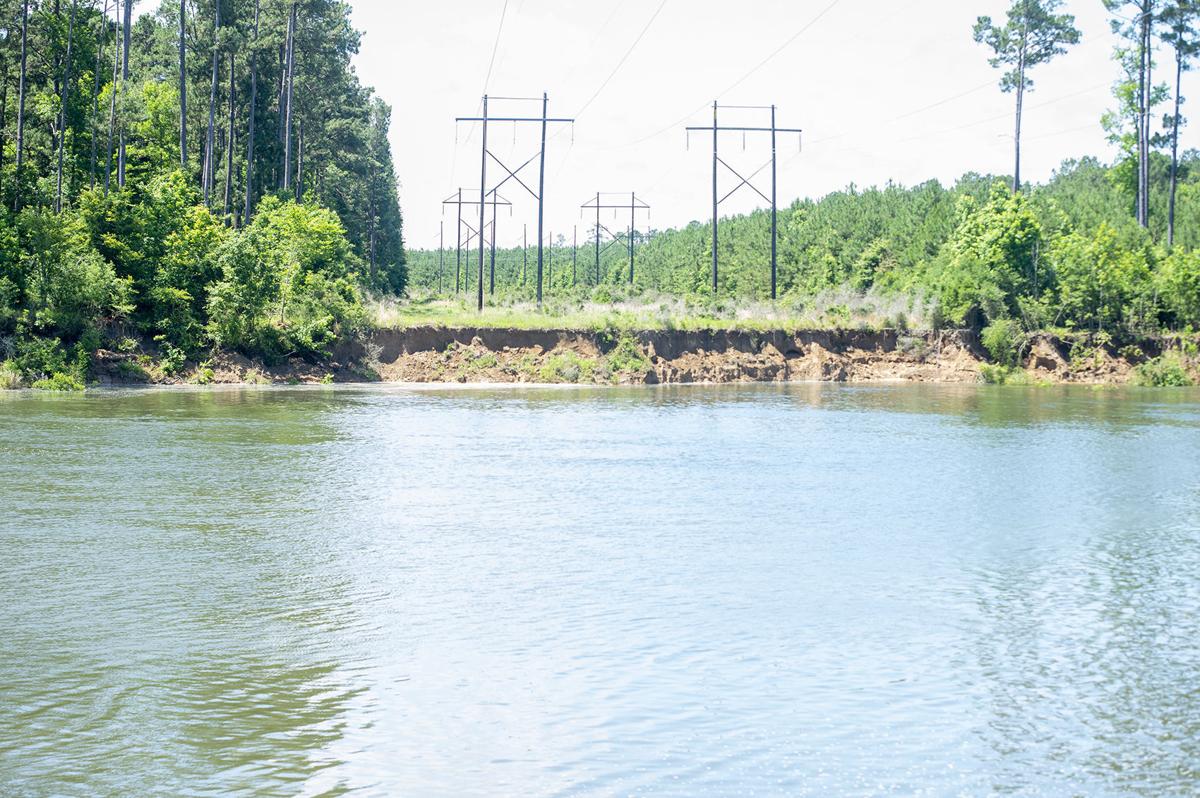 The Angelina River on the south end of Sam Rayburn Reservoir in Jasper County tied record height Wednesday and is expected to continue to rise with coming rain. 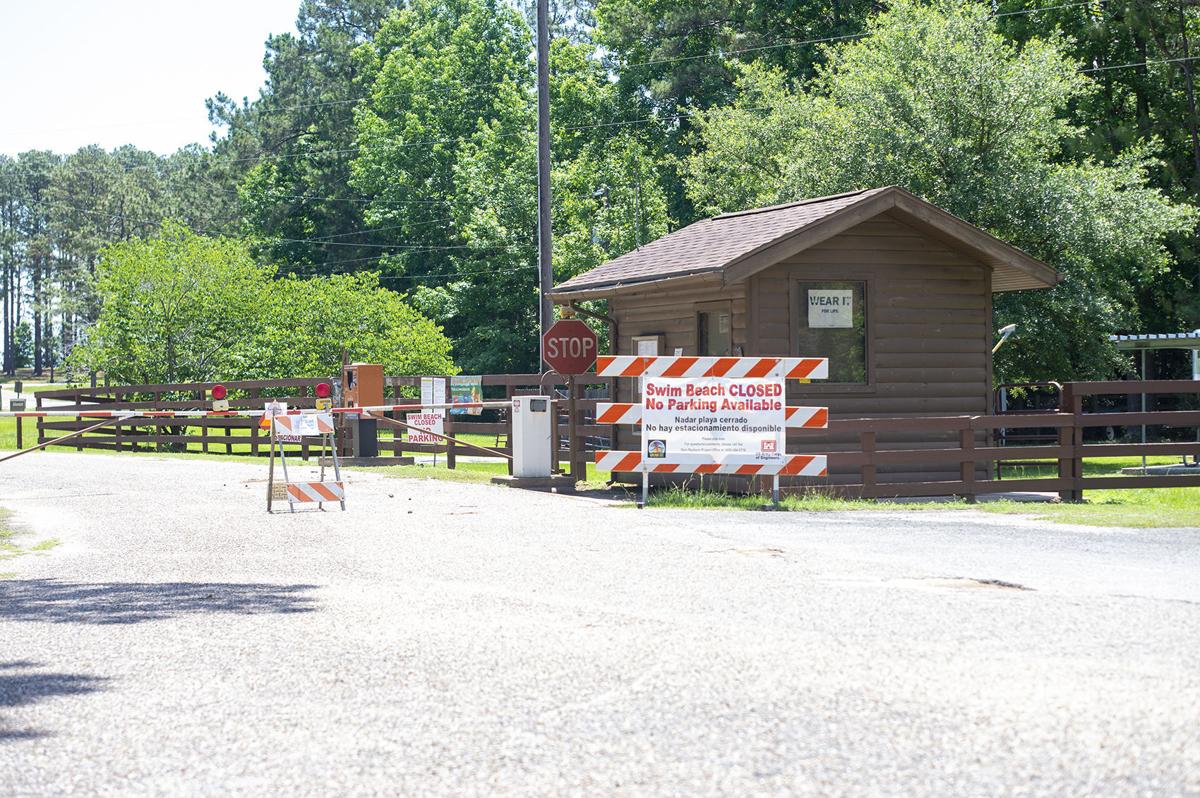 Ebenezer Park near the emergency spillway at Sam Rayburn Reservoir is closed due to flooding. Rain this week could send water over the spillway and set a record for flooding at the lake.

A boater approaches submerged trees Wednesday at Sam Rayburn Reservoir in Jasper County. Heavy rain this weekend could cause record levels at the lake and send water rushing over the emergency spillway.

The Angelina River on the south end of Sam Rayburn Reservoir in Jasper County tied record height Wednesday and is expected to continue to rise with coming rain.

Ebenezer Park near the emergency spillway at Sam Rayburn Reservoir is closed due to flooding. Rain this week could send water over the spillway and set a record for flooding at the lake.

JASPER — Heavy rain expected through the weekend could push Sam Rayburn Reservoir to record heights and send floodwater rushing over the emergency spillway.

The lake was at 175.06 feet Friday afternoon as another round of late spring thunderstorms moved into the region. Record elevation is 175.15 feet set in March 1992 and water flows over the emergency spillway at 176 feet. Lake levels are measured in height above sea level rather than actual depth. Normal elevation at Sam Rayburn is 164.40 feet.

The National Weather Service is calling for high chances of rain and thunderstorms through at least Tuesday, adding to the 21.69 inches recorded at the reservoir in March.

“We think the main rainfall should remain down in the San Antonio and Austin areas, however, across Deep East Texas we expect 1.5 to 3 inches with some areas receiving upwards of 4 inches,” weather service hydrologist C.S. Ross said.

Army Corps of Engineers officials have been releasing water steadily at around 11,400 cubic feet per second. They’ve also been operating the hydroelectric generators at the dam in Jasper County 24 hours per day since May 24 and plan to continue to do so until the lake falls to 170 feet.

Water released from the hydroelectric dam flows into the Angelina River, which was at a record high of 175.1 feet south of the lake Thursday.

“It’s basically been tied with the record for the last 36 hours,” Ross said Thursday morning. The river had not begun to fall by Friday.

Some water began to slosh over the spillway at Ebenezer Park during Memorial Day weekend, but the lake so far this year has remained below the 176-foot crest needed to activate the spillway. Ebenezer is one of 11 parks and boat rams operated by the Corp that are fully or partially closed due to flooding.

An overflowing spillway could cause structural damage to some roads in the area.

Only the power plant access area in Jasper County and Ralph McAlister Park east of Etoile are fully open.

Water released from the lake flows through the Angelina River and eventually into the Lower Neches River via B.A. Steinhagen Lake, midway between Jasper and Woodville. The lake is commonly referred to as “Dam B” and intended to provide flood control along the Angelina and Neches river basins.

Steinhagen was at 81.82 feet Thursday, which is well within its normal elevation.

In western Nacogdoches County, Lake Nacogdoches had fallen significantly in the past few weeks and was less than half a foot into the flood pool Friday. Loco Bayou, where overflowing water is released, had mostly returned to normal elevations after swelling well beyond its banks in late May. On the other east side of the county, the Attoyac Bayou remained nearly a foot above flood stage.

Just how much rain has fallen on Nacogdoches over the past month is difficult to gauge. Just north of the city limits, The Daily Sentinel columnist Dr. Paul Risk recorded just under 17 inches of rain at his home weather station during May. A private weather station on Crestwood Drive in the southeast portion of the city recored around 10.5 inches for the month.

Risk, who is a biologist and professor emeritus of the Stephen F. Austin State University college of forestry and agriculture, said his readings were about 10 inches above normal for May.

“My lawn is so saturated that I have water trickling out even when it’s not raining,” Risk said.

Heavy spring showers and thunderstorms led to flooded roads and toppled trees across the region, forcing school closings in late May as many county roads became impassible. Another possible 3 to 4 inches of rain over the weekend could bring a repeat of those conditions, the weather service warns.

“The ground is so saturated that trees are suffering from a stability standpoint,” Risk said. “Not much wind and they get blown over.”

So much rain following subzero temperatures in late February have taken a toll on fish, birds and burrowing animals.

“We aren’t in very good shape with our our East Texas wild things,” Risk said.

Increased silt and debris in waterways can create harmful conditions for aquatic wildlife, and muddy soil isn’t good for gophers and moles — much to the delight of some lawn owners.

“But on a positive aspect, it’s producing a tremendous amount of leaf and grass vegetation on wild plants and domestic plants that the deer are having a field day with,” Risk said.

Perhaps worst of all is all the standing water becomes a breeding ground for mosquitoes.

“Mosquitoes are loving it, and we’re getting a bumper crop of mosquitoes,” Risk said.