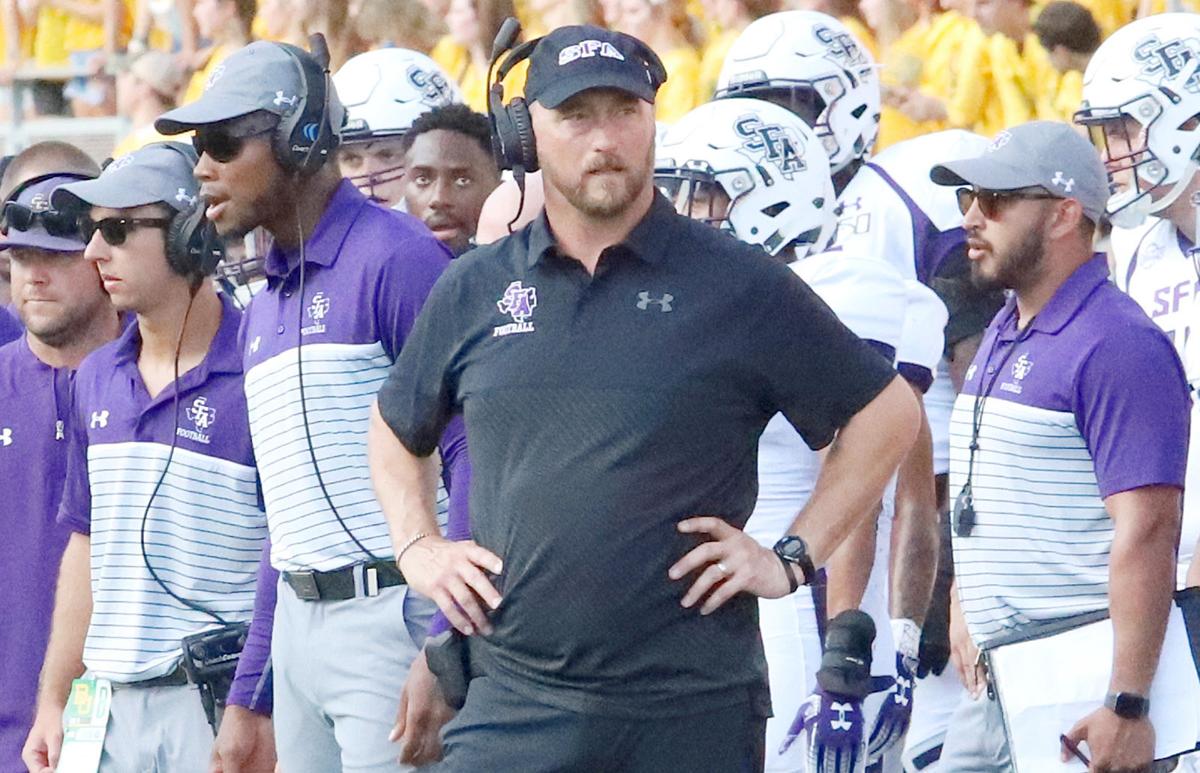 Stephen F. Austin second-year head football coach Colby Carthel announced Wednesday night that he has tested positive for COVID-19. He will not be with the team this weekend when they host Angelo State University Saturday at 4 p.m. Colby’s father, Don Carthel, will be the interim head coach for the game. 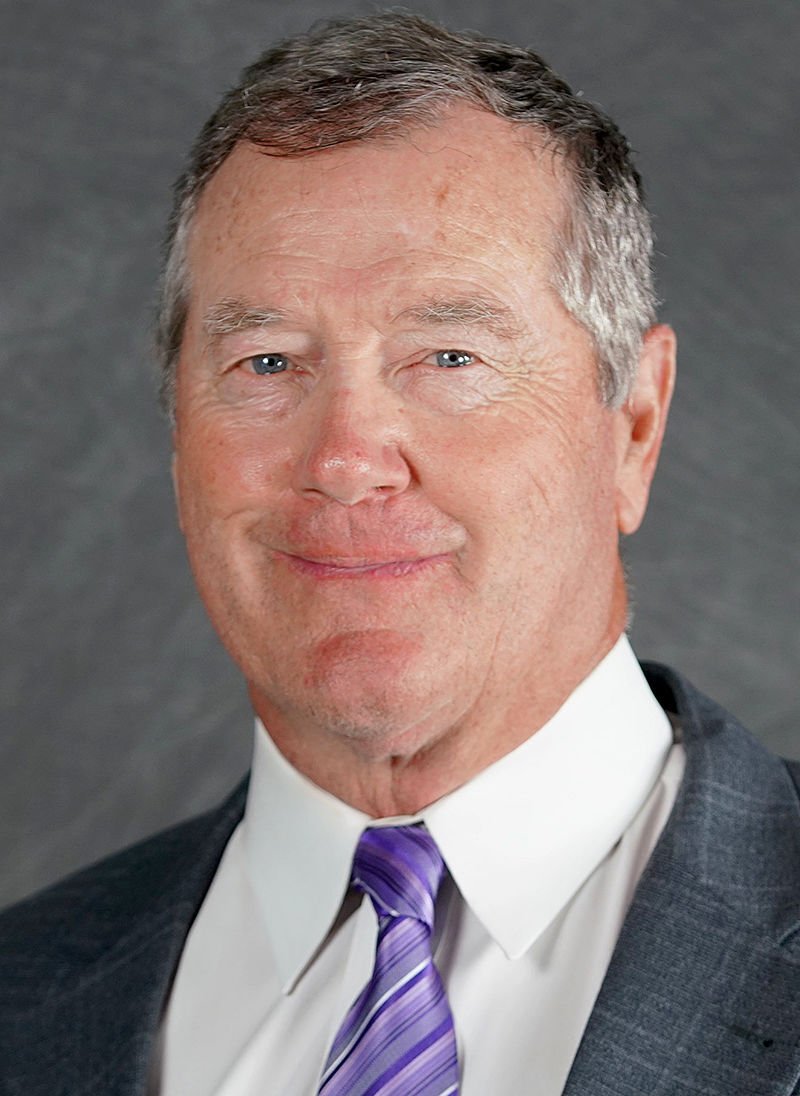 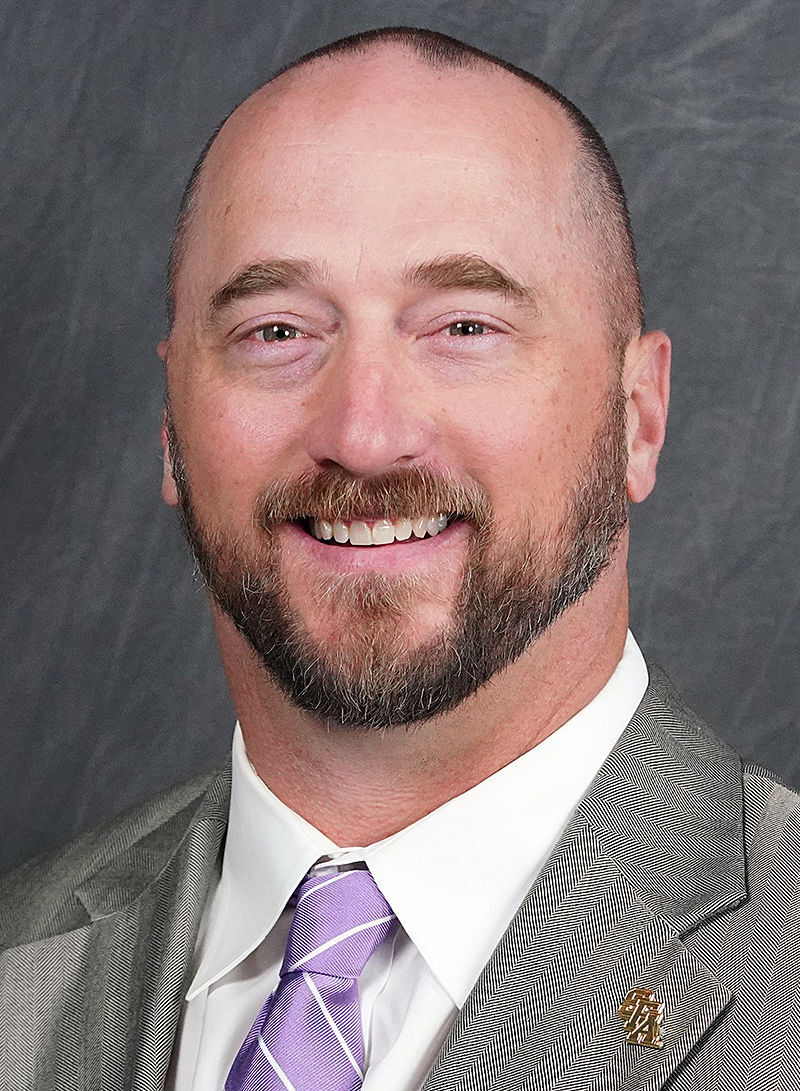 Stephen F. Austin second-year head football coach Colby Carthel announced Wednesday night that he has tested positive for COVID-19. He will not be with the team this weekend when they host Angelo State University Saturday at 4 p.m. Colby’s father, Don Carthel, will be the interim head coach for the game.

Less than 36 hours after saying at his weekly press conference that he told his players last week to treat everyone like they had the coronavirus and to be careful when they interacted with others because of the ease at which the virus is transferred, Stephen F. Austin head football coach Colby Carthel announced that he has tested positive for COVID-19.

Carthel had previously said that he and his staff and the SFA football team have been going through testing three times a week since the summer and that “at some point everyone is going to get it.”

“As part of the COVID testing process, I received a positive test result on Tuesday, during our most recent round of testing,” Carthel said in his Twitter statement posted at about 8:30 p.m. Wednesday. “This result came as a surprise to myself and the rest of the staff, but I am confident in our plan and protocols in place to deal with positive tests.”

Carthel, who is in his second year as head coach of the squad, said he immediately began the quarantine process to limit exposure to others. He added in his Tweet that he was “#FeelingFine.”

“While I am physically distant from the team, I remain involved in our planning and preparation for this weekend’s game against Angelo State,” the coach explained.

Carthel said he is handing over the reigns for this weekend’s game to his father and current SFA Special Teams Quality Control coach Don Carthel on an interim basis.

“The Lumberjacks will be in good hands during the game on Saturday as my dad, the ‘real’ Coach Carthel, will service as interim HC,” Colby said in his statement. “Amidst this process, I remain steadfastly thankful for the support and efforts of our administration, training staff, coaching staff and players, and I look forward to rejoining the team as soon as I am cleared to do so.”

Carthel also stated that since there was a 99.96% survival rate, he likes his odds, which was, in all likelihood, a joke on his part to lighten the announcement.

Colby said during his weekly press conference on Tuesday that he warned his players and staff during their open week last week to be cautious when they went home or when they were out and about.

“We relaxed our five-day quarantine, so people were allowed to go home,” Colby said on Tuesday at his midday press conference. “We’ve been preaching to them for a long time about possibilities of contracting the coronavirus, that everyone has to be careful, no matter where they go. We have taught them to think that everyone that they come in contact with has the coronavirus, and for them to live their life that way, to wear a mask and social distance.

“On Friday we tested and had no positives and hopefully that’ll continue through this week and we’ll roll with the punches if it doesn’t.”

This won’t be the first time 68-year old Don Carthel has been in charge of a collegiate football team. The Dimmitt, Texas, native who played for Eastern New Mexico from 1970-73, has a collegiate head coaching career mark of 124-69-1 (.642), including 2-0 in bowl games and 6-6 in NCAA DII playoff contests.

Colby and Don were part of the same coaching staff — Colby was head coach — that captured the NCAA Division II National Championship at A&M-Commerce in 2017.

It is unclear at this time whether Colby with be back at the helm of his team for their next game on Saturday, Oct. 24, when they battle Abilene Christian University at Globe Life Park in Arlington. That game will kick off at 12:30 p.m.