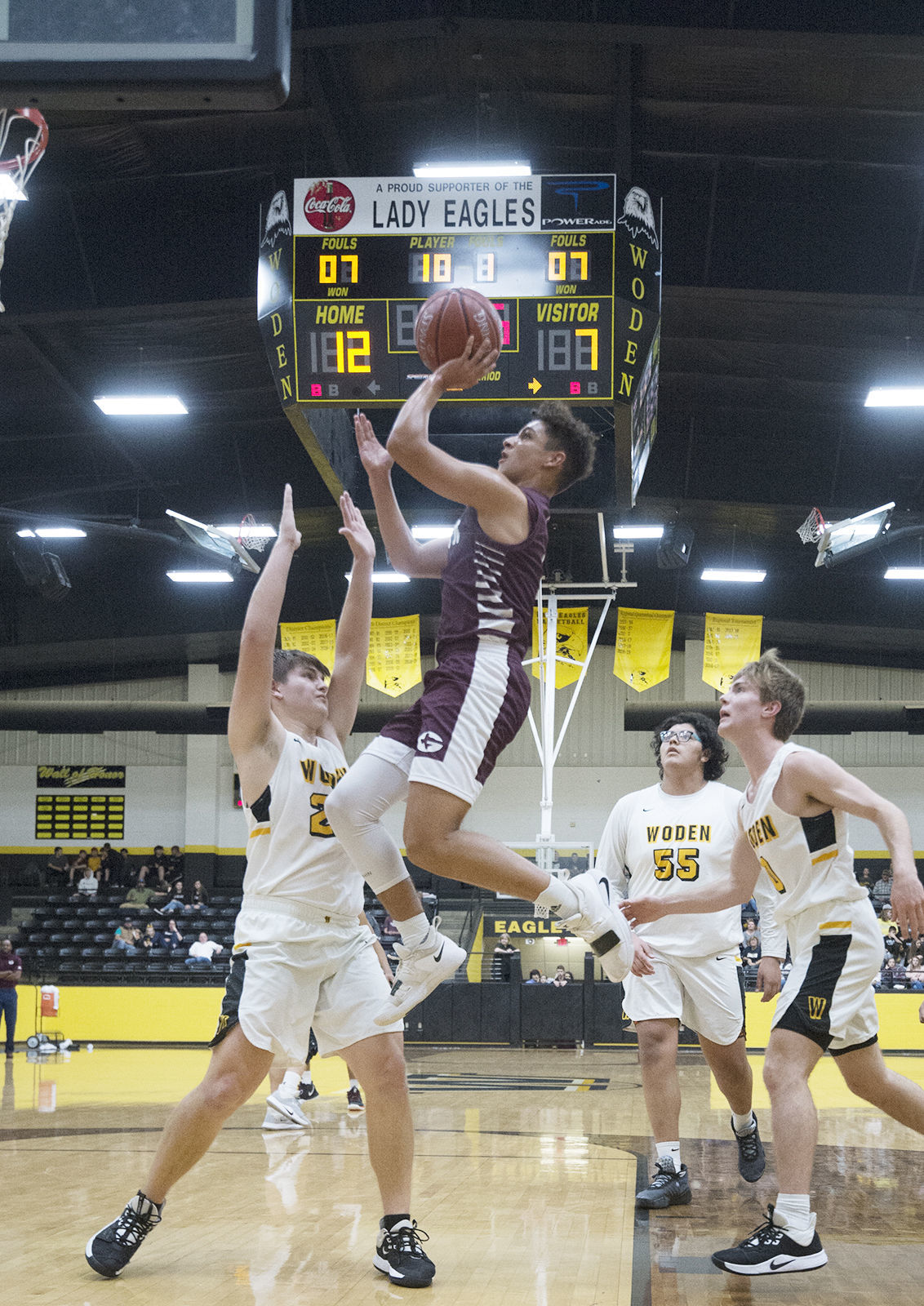 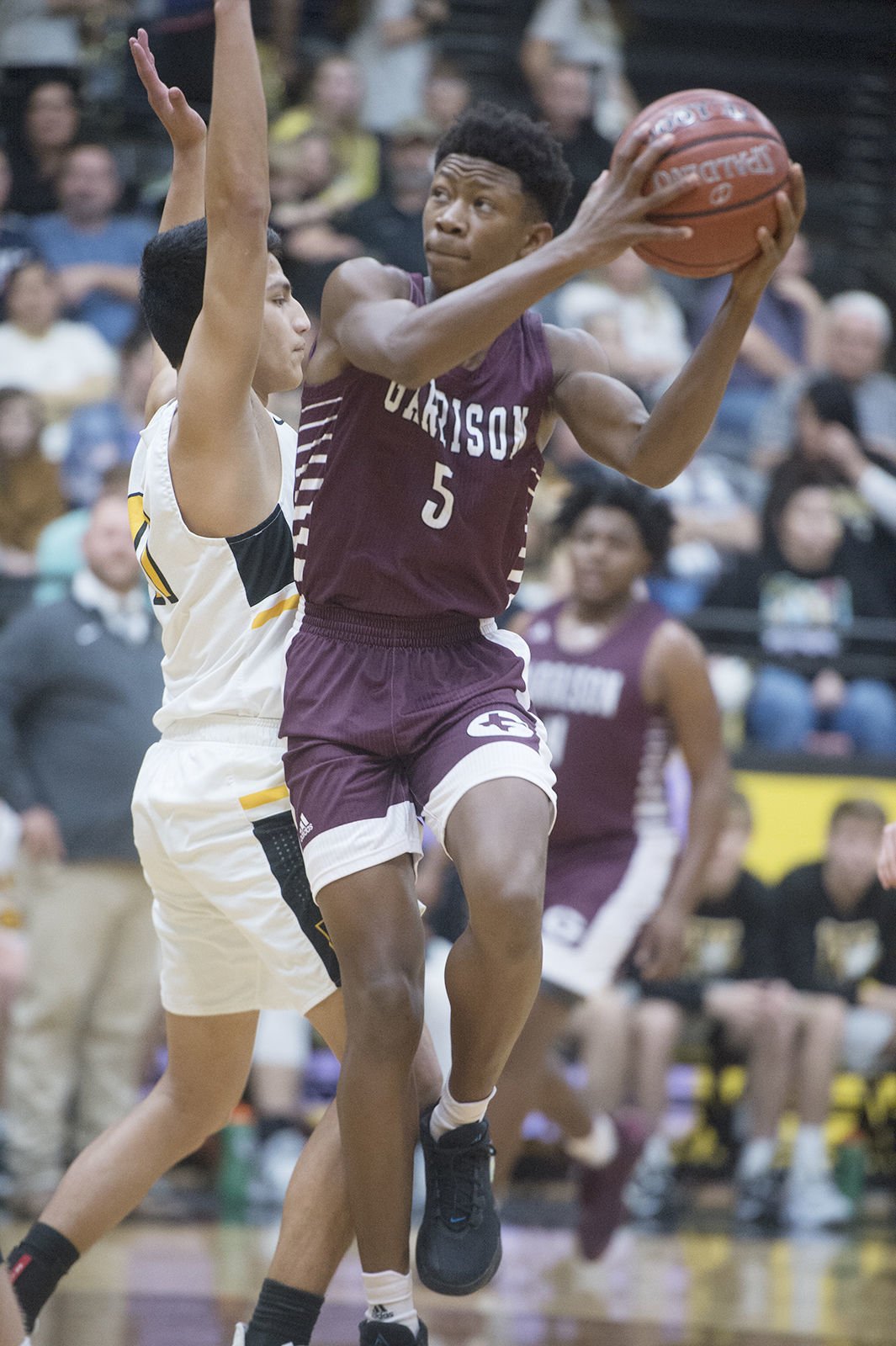 Freddy Christopher Jr. (5) looks over the extended arms of Woden’s Luis Acosta as he drives to the basket during Garrison’s 64-58 win Friday in Ford King Jr. Gymnasium. 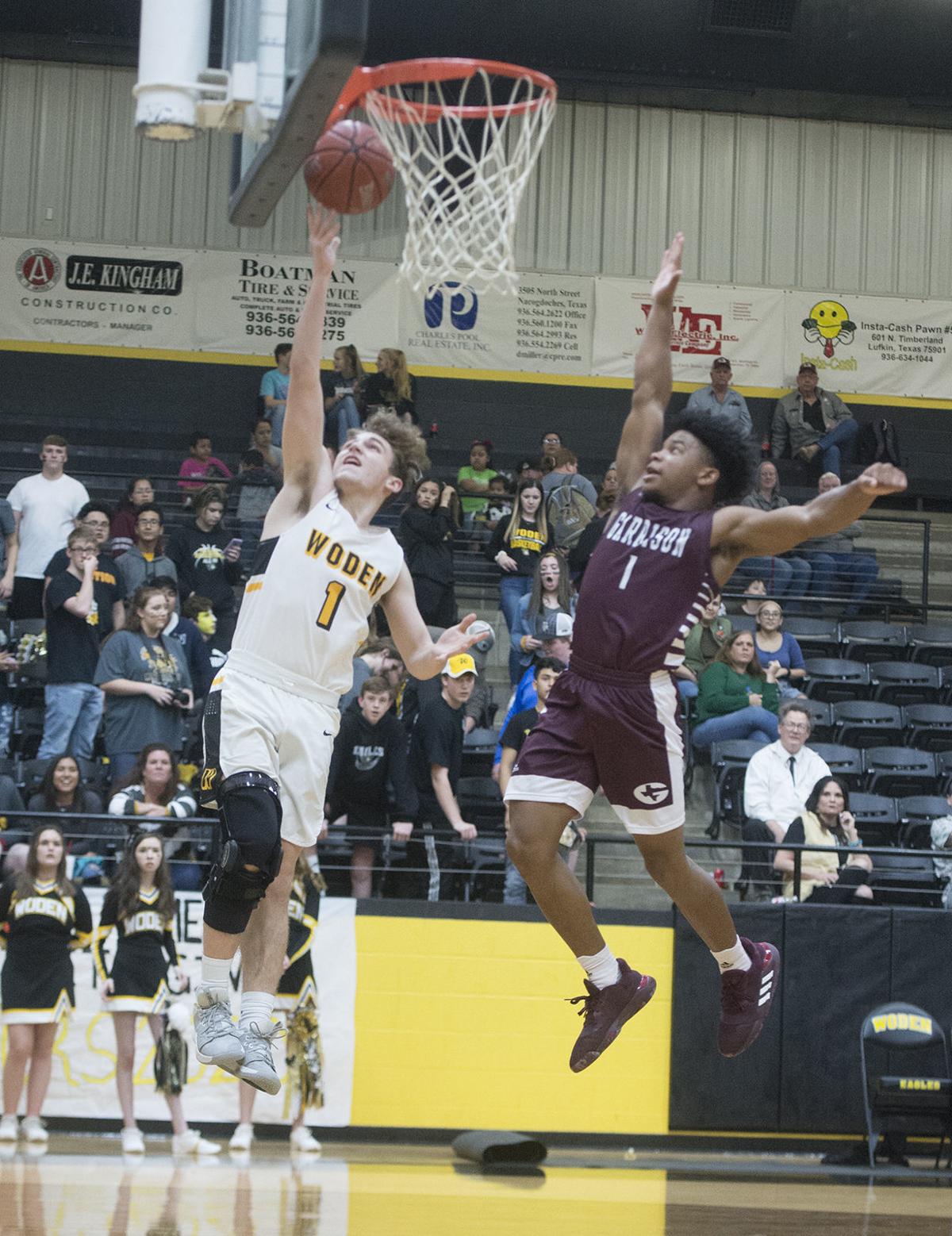 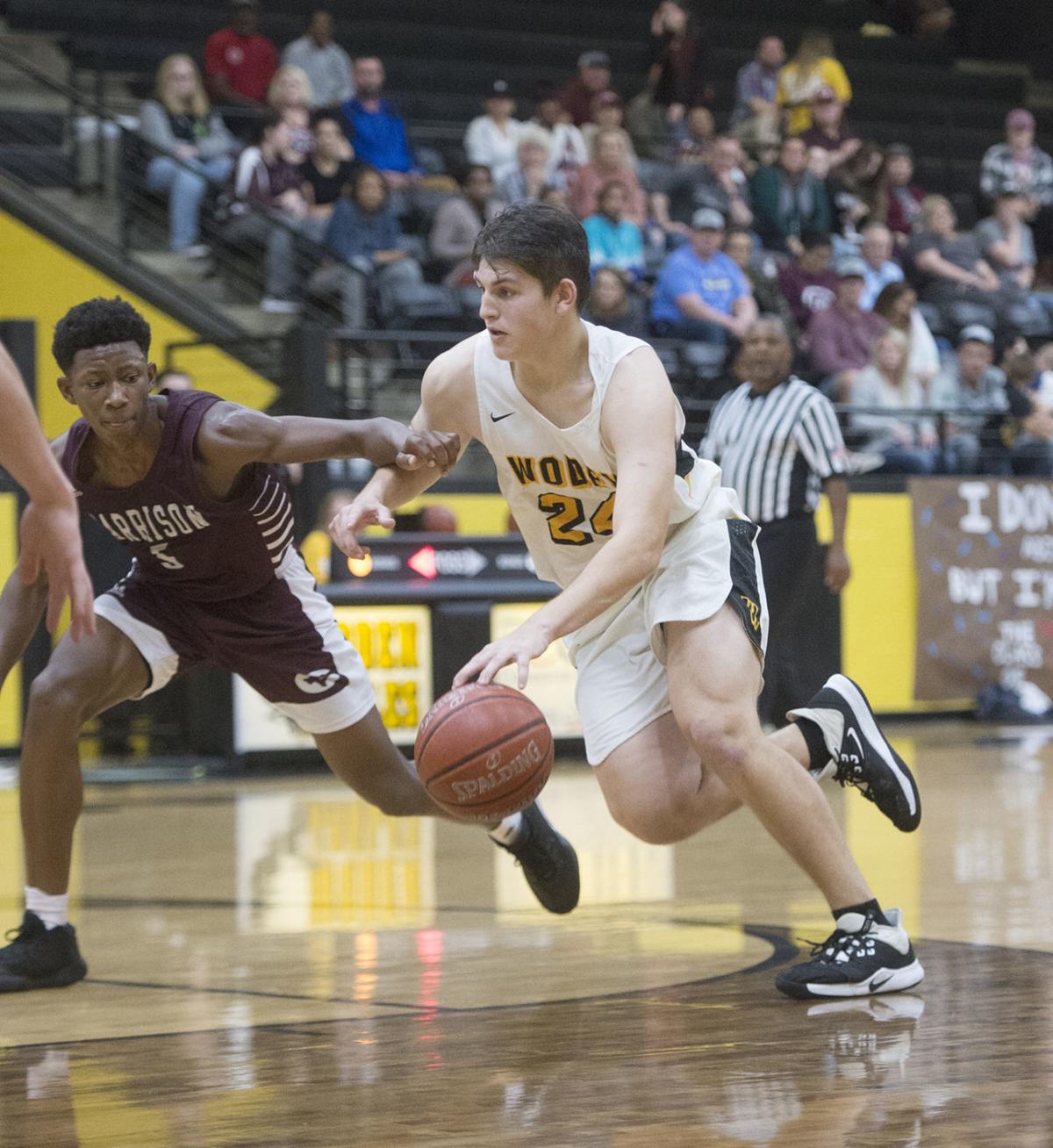 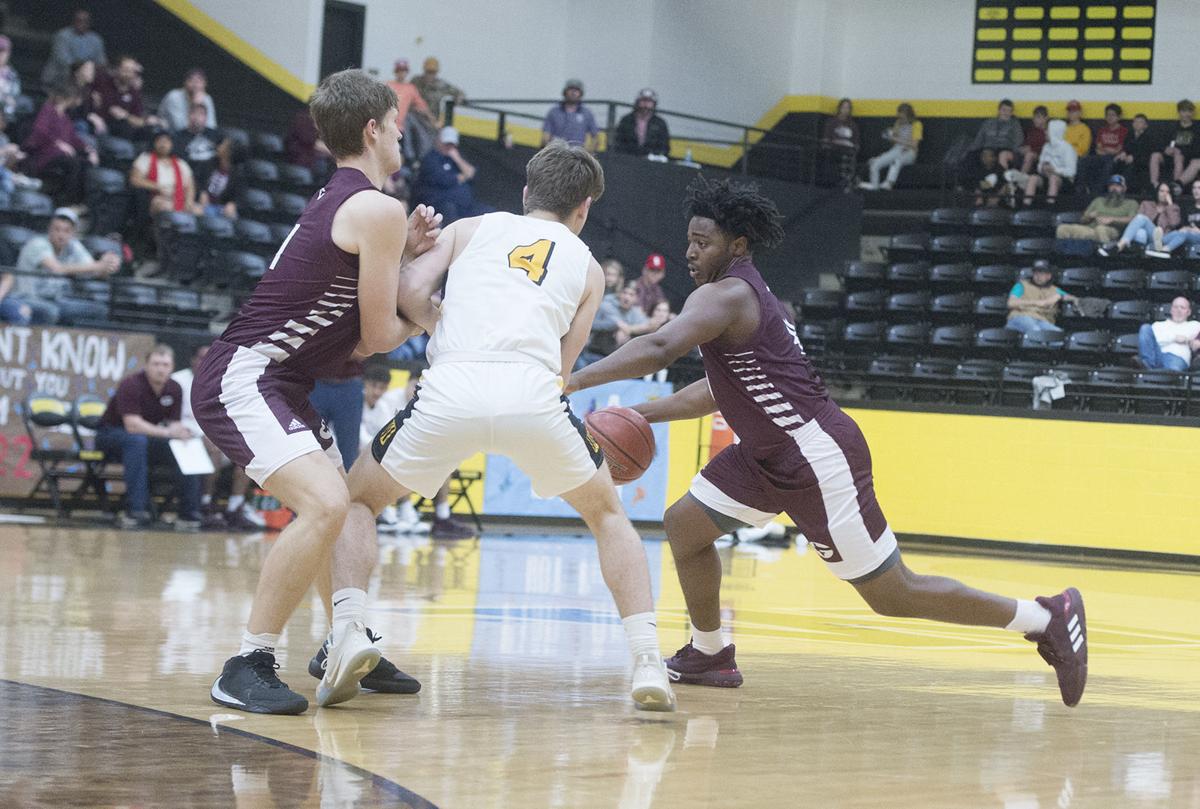 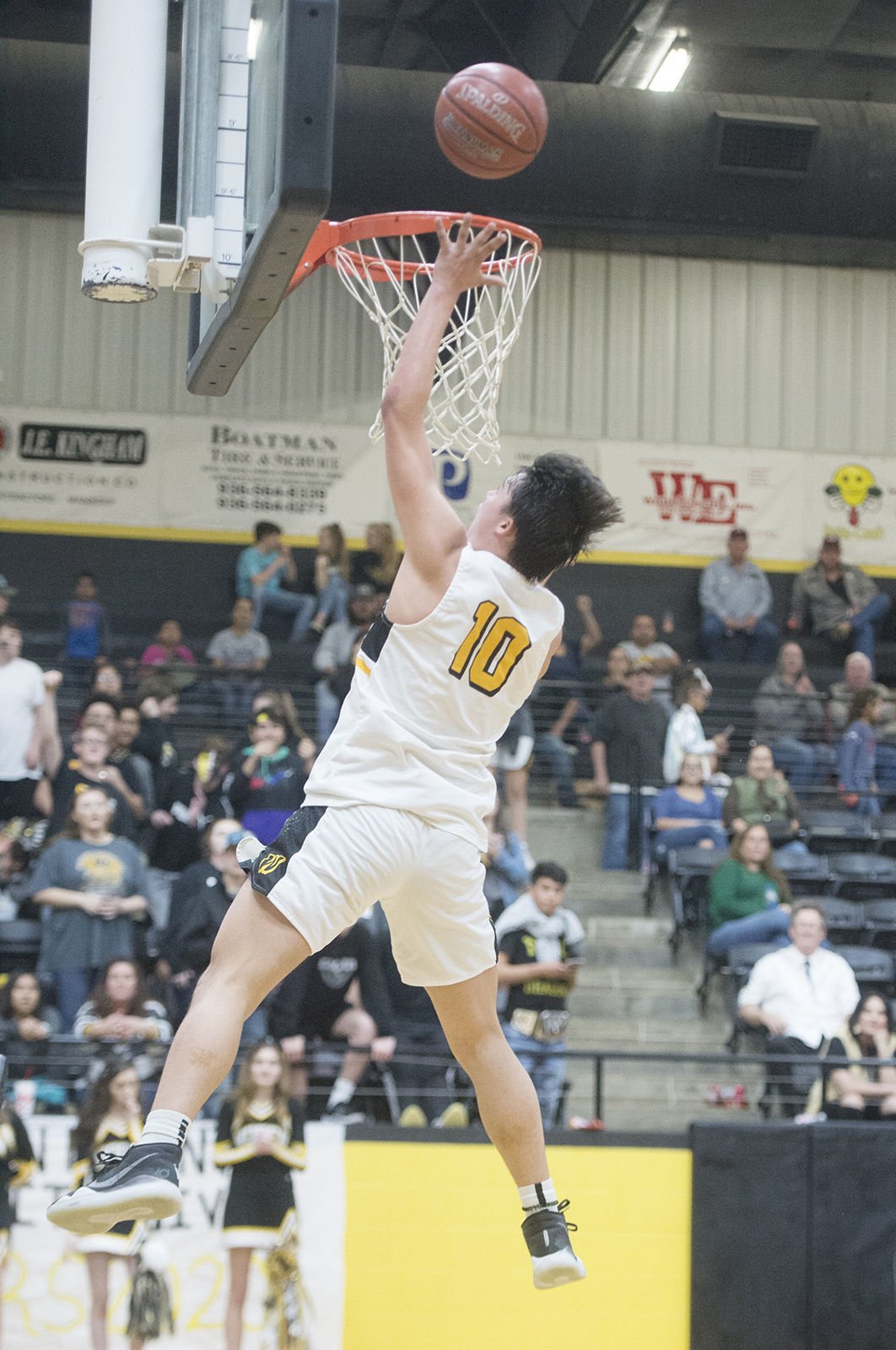 Freddy Christopher Jr. (5) looks over the extended arms of Woden’s Luis Acosta as he drives to the basket during Garrison’s 64-58 win Friday in Ford King Jr. Gymnasium.

With 50 seconds remaining in the second overtime period and Woden leading 58-56 following a 2-for-2 trip to the line from Luis Acosta, Christopher knocked down a three-pointer at the top of the key with a hand in his face to give the ‘Dogs a one-point advantage. On the ensuing inbound pass, Garrison’s Dayton Dewberry picked off the pass and shot an uncontested layup to increase the lead.

Woden hoisted three desperation three-pointers near the end of the overtime period, but failed to convert. Christopher and Sabastion Porter combined for 3-of-4 at the free throw line in the remaining seconds to put the final nail in the coffin.

“Time was running out and we were down, so I had to come through with a big shot. We were under some hot pressure, so I had to do what I had to do,” Christopher said. “I love this team because we never give up. That’s the Bulldog mentality.”

With the win, Garrison move to 18-3 overall and 2-1 in District 22-2A play. They will square off with Joaquin in Garrison on Tuesday night. Woden moved to 7-16 overall and 1-2 in district.

“I’m so proud of our kids,” Garrison head coach Alex Cloudy said. “The adversity they faced, they were just so resilient and fought back. I’m extremely proud of them.”

Woden came out for the overtime period as the aggressors, knocking down back-to-back layups from Acosta and Lawson. Cahl Moorman split a trip to the line with 53 seconds left to give them a 54-49 lead. Garrison made their first basket with 32 seconds remaining courtesy of a Watts three in the corner.

After getting the ball back with 20 seconds remaining and down two, Christopher was called for a traveling call. However, he made up for it a few seconds later by stealing the ball near mid-court and knocking down an open layup to send the game into the second overtime.

In the fourth quarter, Garrison made five quick points to increase its lead to 47-42. But four quick points from Woden’s Joseph Ramirez, followed by back-to-back made layups from Luke Frazier gave Woden the lead heading into the final two minutes. A made basket from Garrison’s Ja’Kadric Watts with 40 seconds remaining eventually sent the game into overtime.

Woden controlled the game in the first half, heading into halftime with a 21-17 lead. In the third quarter, both teams traded blows until Justin Malnar made a close range shot to give the Bulldogs their first lead since the first quarter. Dayton Dewberry knocked down a three to beat the buzzer to cap off a 25-point quarter.

Leading Woden in scoring was Acosta with 22 points, followed by Reid Taylor and Ramirez with 10 apiece.

Watts led the way for the Bulldogs with 19 points, followed by Christopher with 13 and Dewberry with nine.