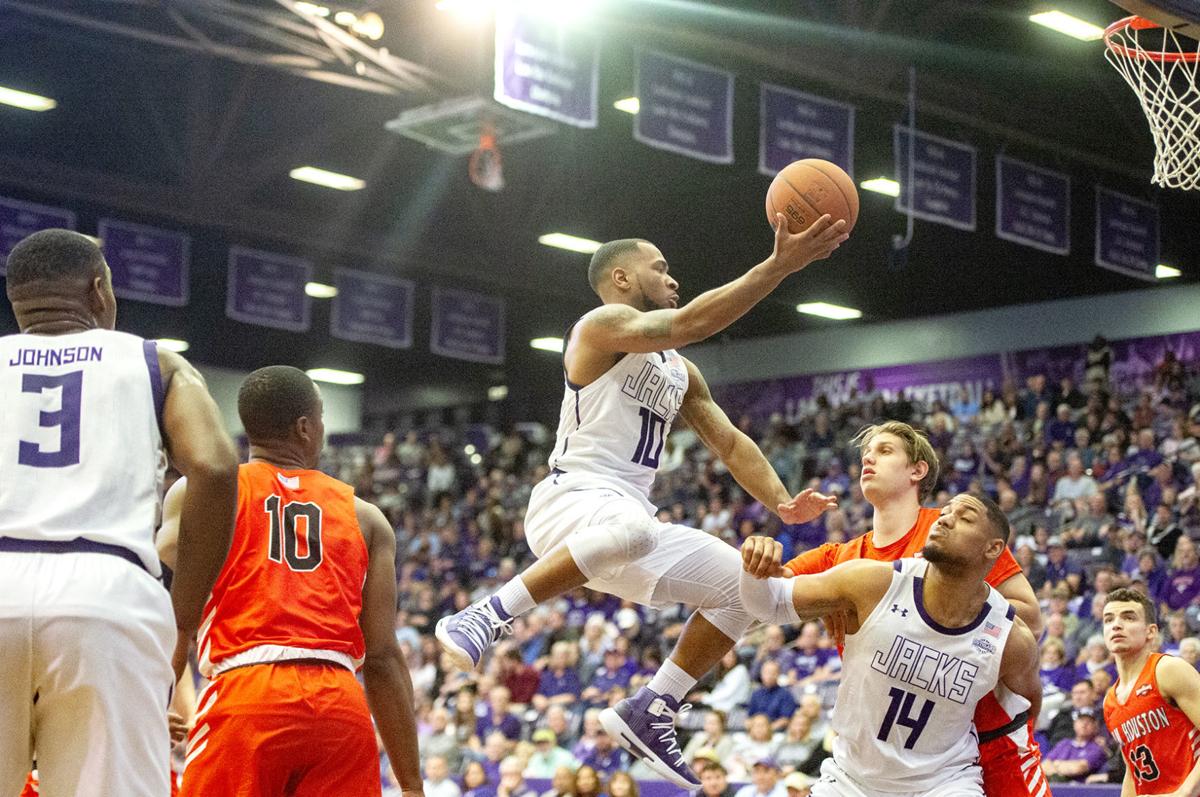 SFA’s John Comeaux glides in and takes a shot during Saturday’s game against Sam Houston. 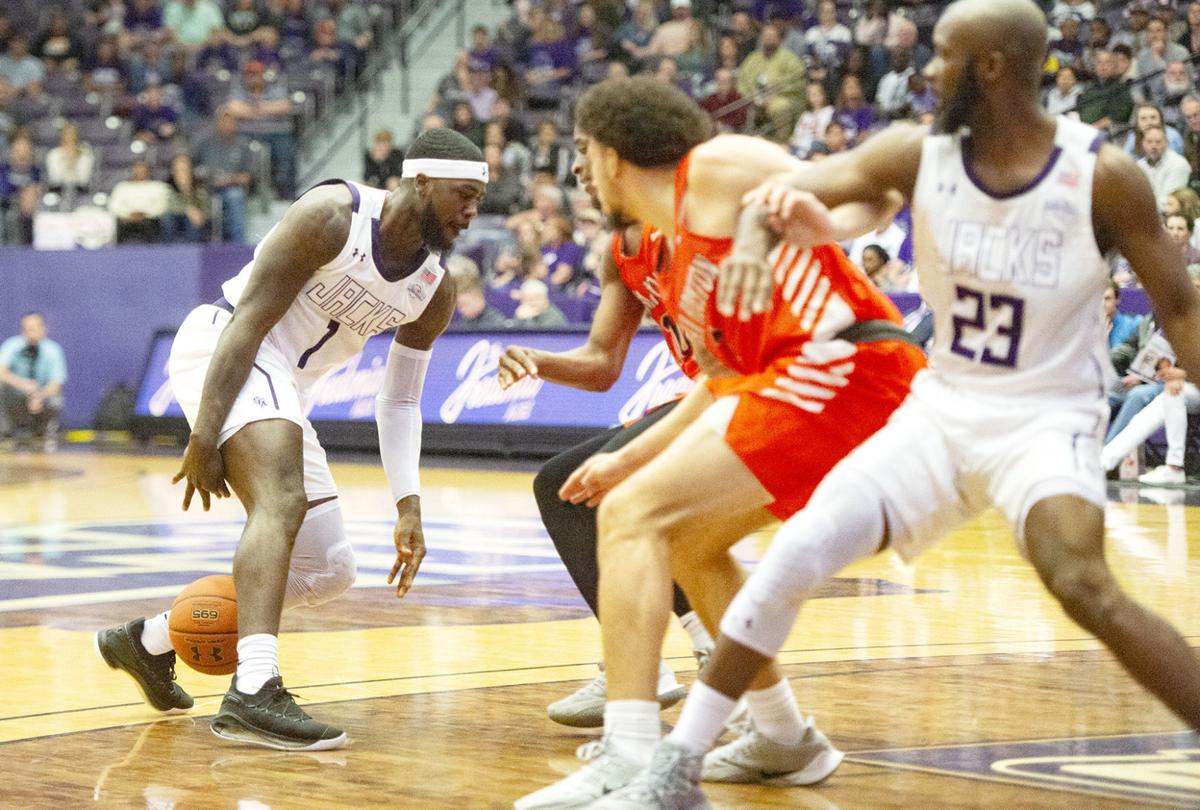 ‘Jacks’ Kevon Harris dribbled between his legs as he swings around Sam Houston’s defense during Saturday’s game. 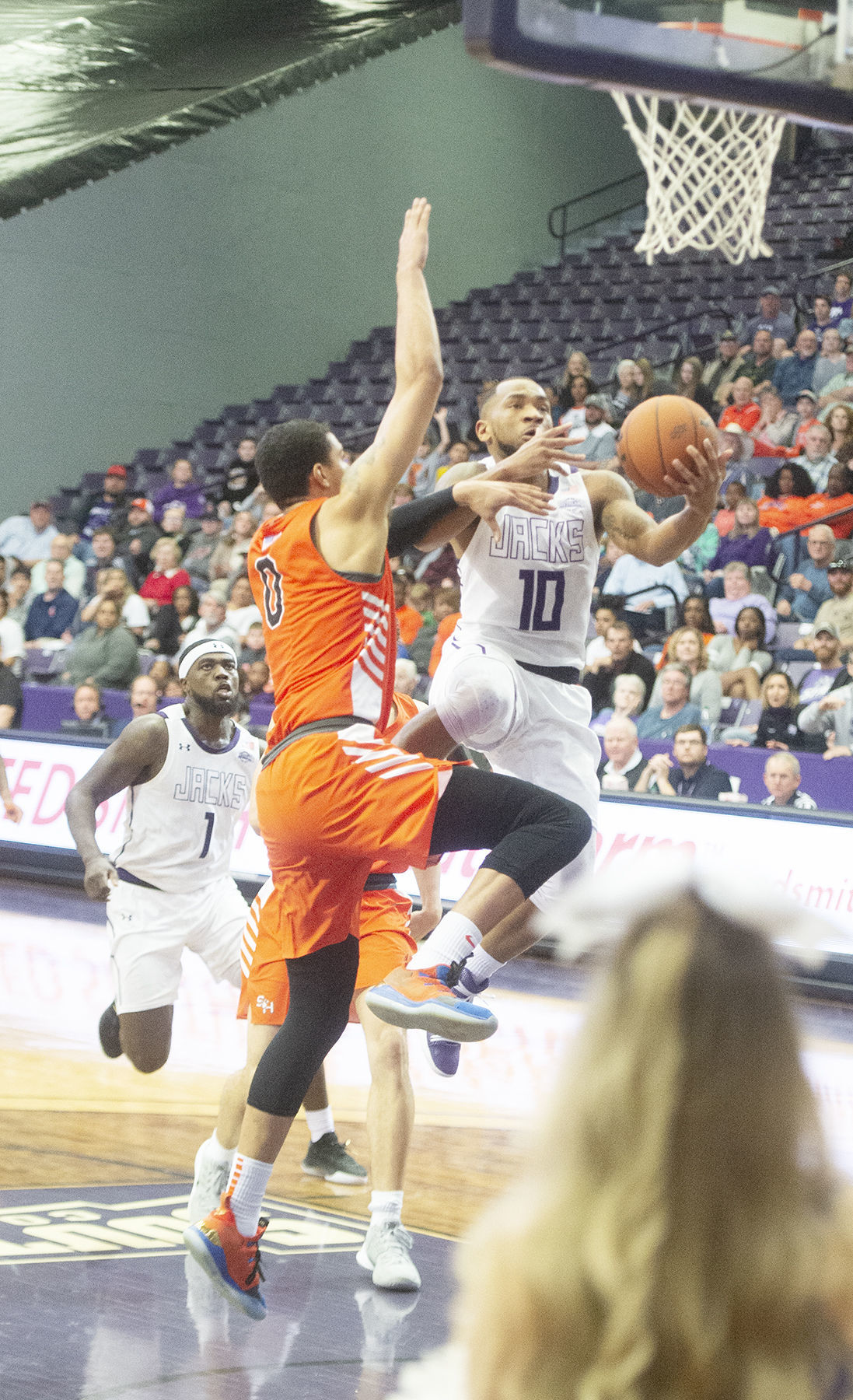 ‘Jacks’ John Comeaux puts up a shot during Saturday’s game at SFA. 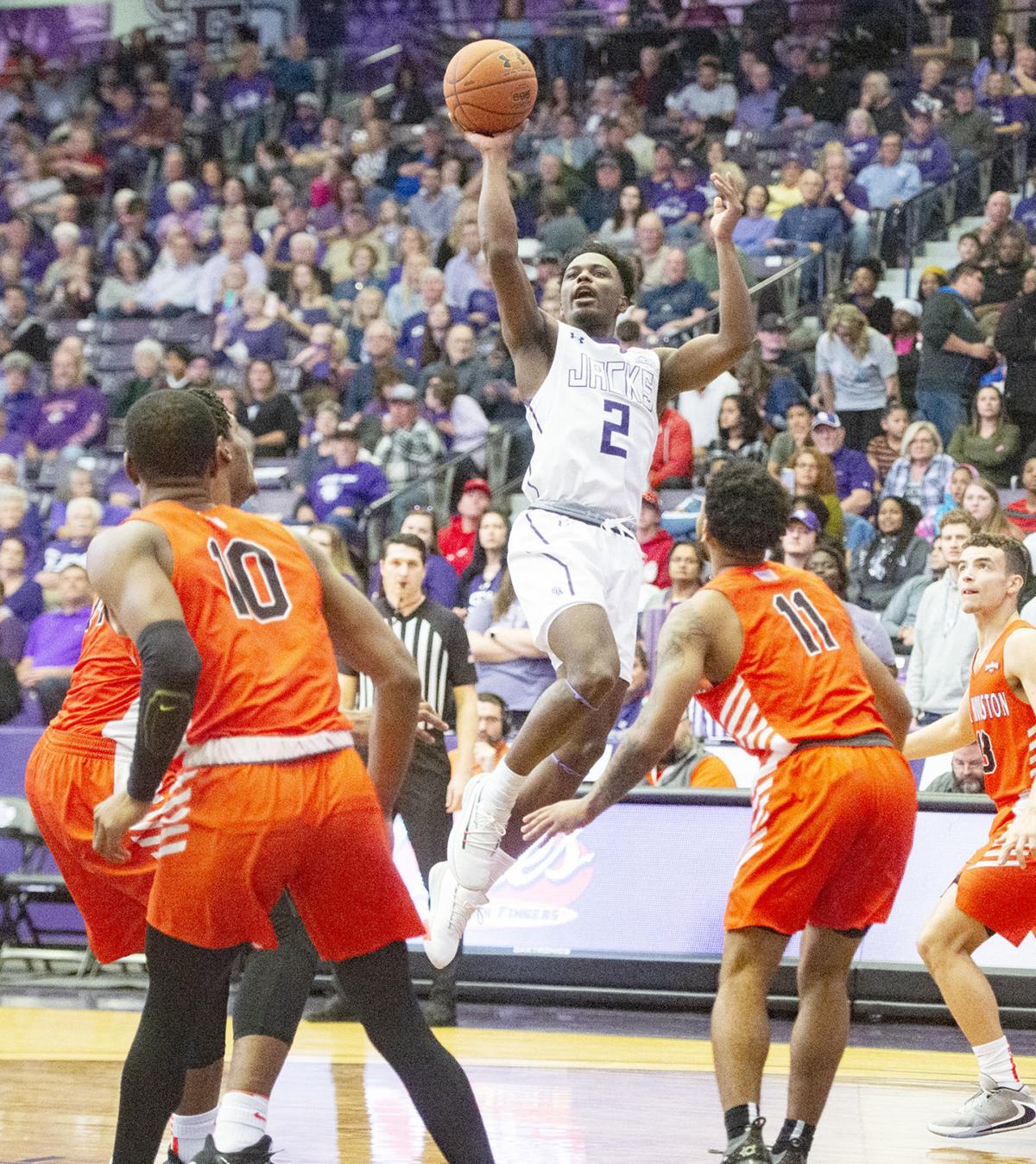 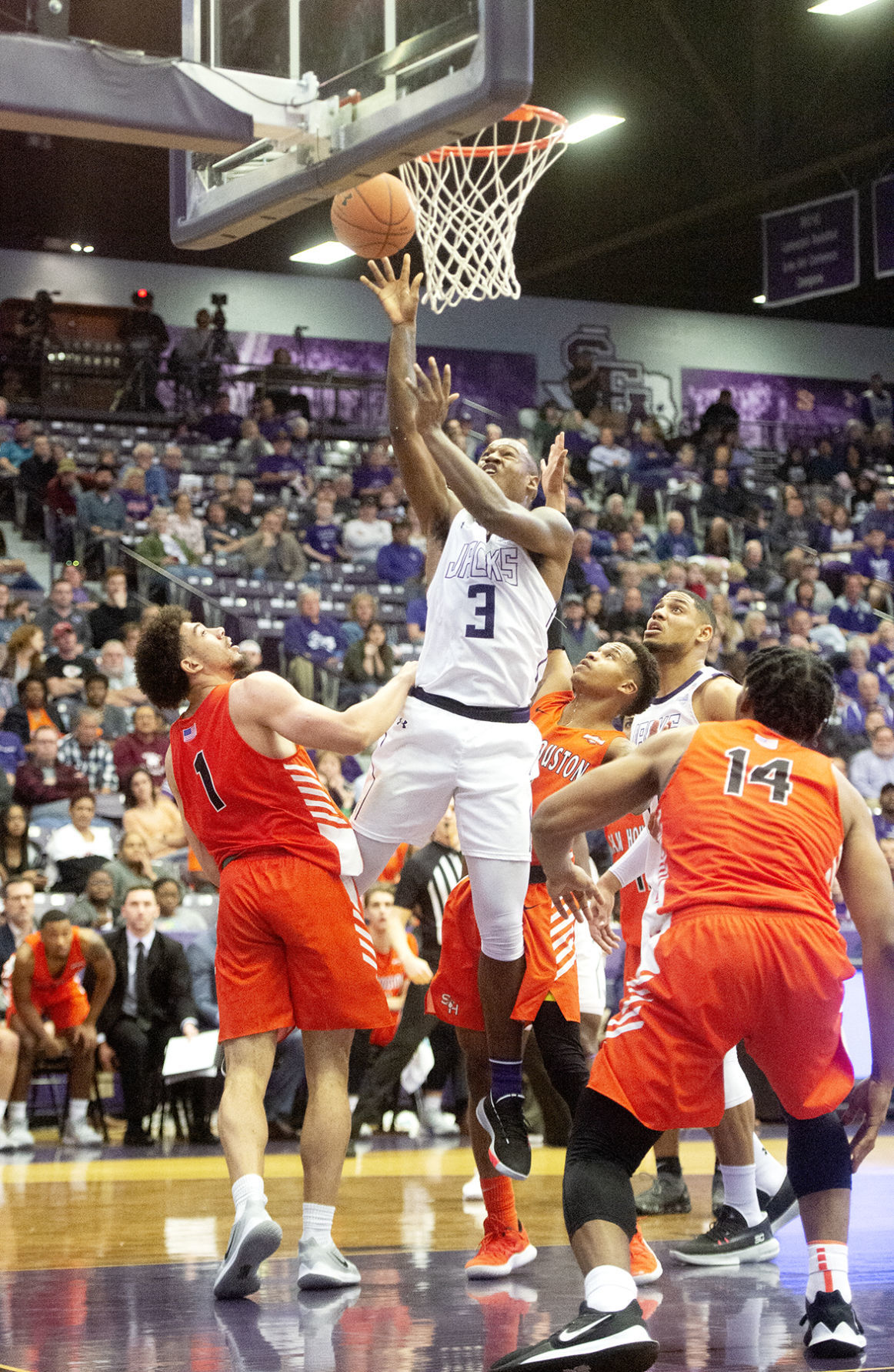 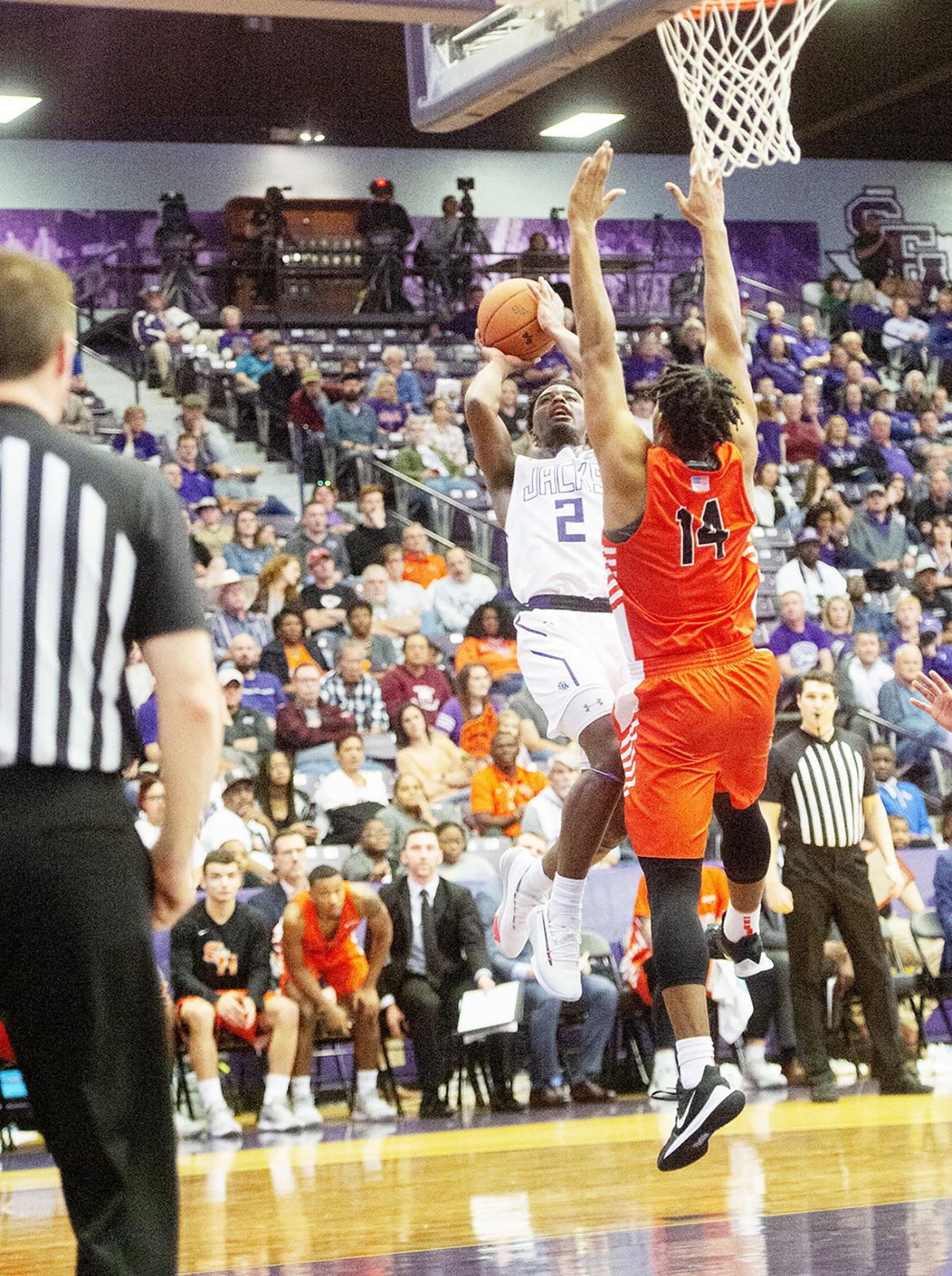 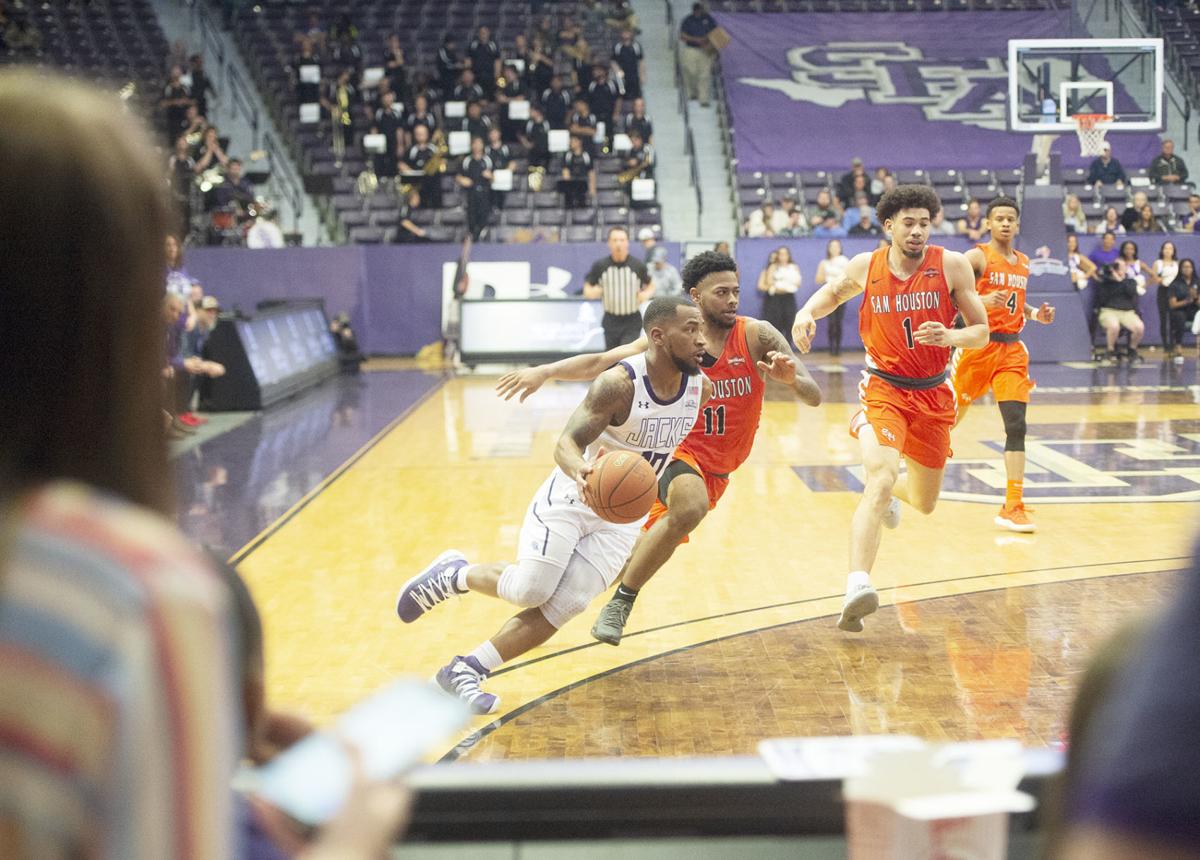 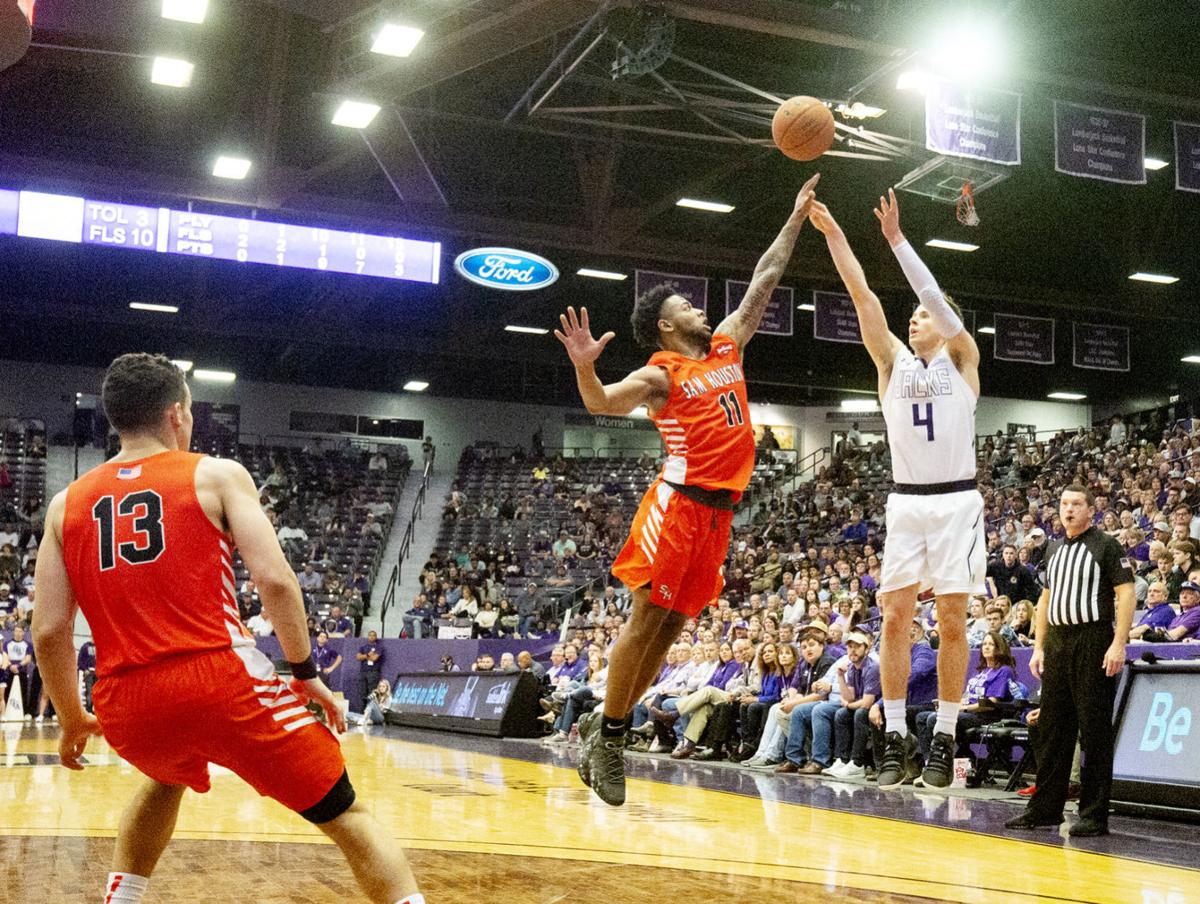 SFA’s John Comeaux glides in and takes a shot during Saturday’s game against Sam Houston.

‘Jacks’ Kevon Harris dribbled between his legs as he swings around Sam Houston’s defense during Saturday’s game.

‘Jacks’ John Comeaux puts up a shot during Saturday’s game at SFA.

On a emotional night which began with three seniors playing their final game on the home floor of The Sawmill with the Southland Conference Championship all sewn up, and ended with one of the celebrated players — senior Nathan Bain — requesting and receiving his girlfriend’s hand in marriage in front of his and her families at the end of Senior Night ceremonies, nothing could be better for the Stephen F. Austin Lumberjacks.

Despite a jittery start and only a one-point halftime lead over arch-rival Sam Houston State, the ’Jacks exploded out of their fog midway through the final half with an 18-0 run over a span of 5:32 to complete a dominating 19-1 Southland Conference mark and stretching their winning streak to 15 games with a 68-57 victory over the Bearkats in William R. Johnson Coliseum.

The Lumberjacks, who are just three spots out of the AP Top 25 this week, improved to 28-3 on the year and will take the No. 1 seed and a double-bye into the Southland Conference Postseason Tournament this week. SFA will not have to play until the semifinals in the Leonared E. Merrell Center in Katy on Friday night at 5 p.m., when they will be rested and battle either Sam Houston or the survivor of the first-round game between Texas A&M-Corpus Christi and Northwestern State.

SFA, along with No. 2-seed Abilene Christian (20-11) will receive double-byes until Friday’s semifinals. The championship game is set for Saturday at 8:30 p.m.

Kai Mitchell paced the Bearkats with 16 points and eight rebounds.