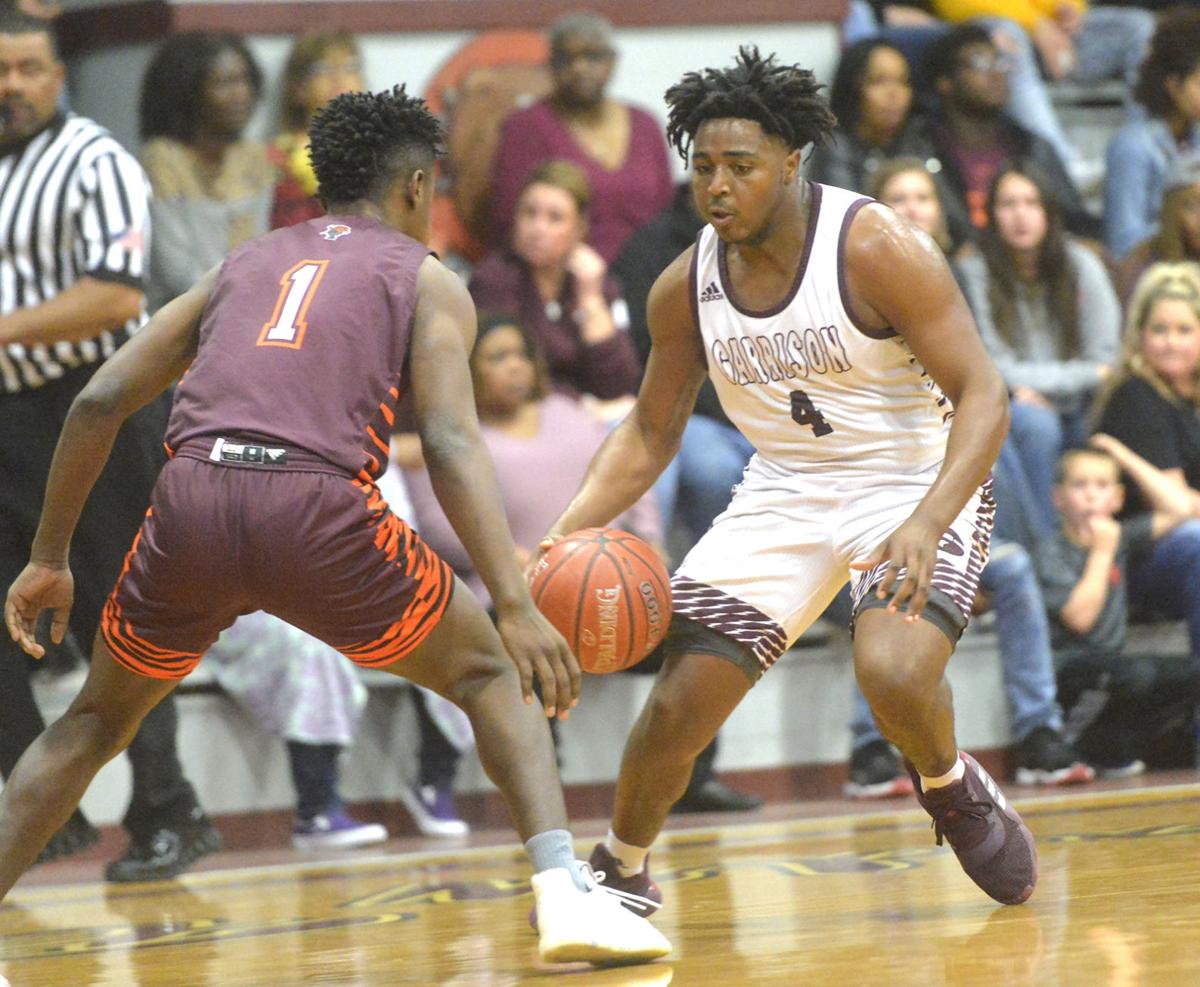 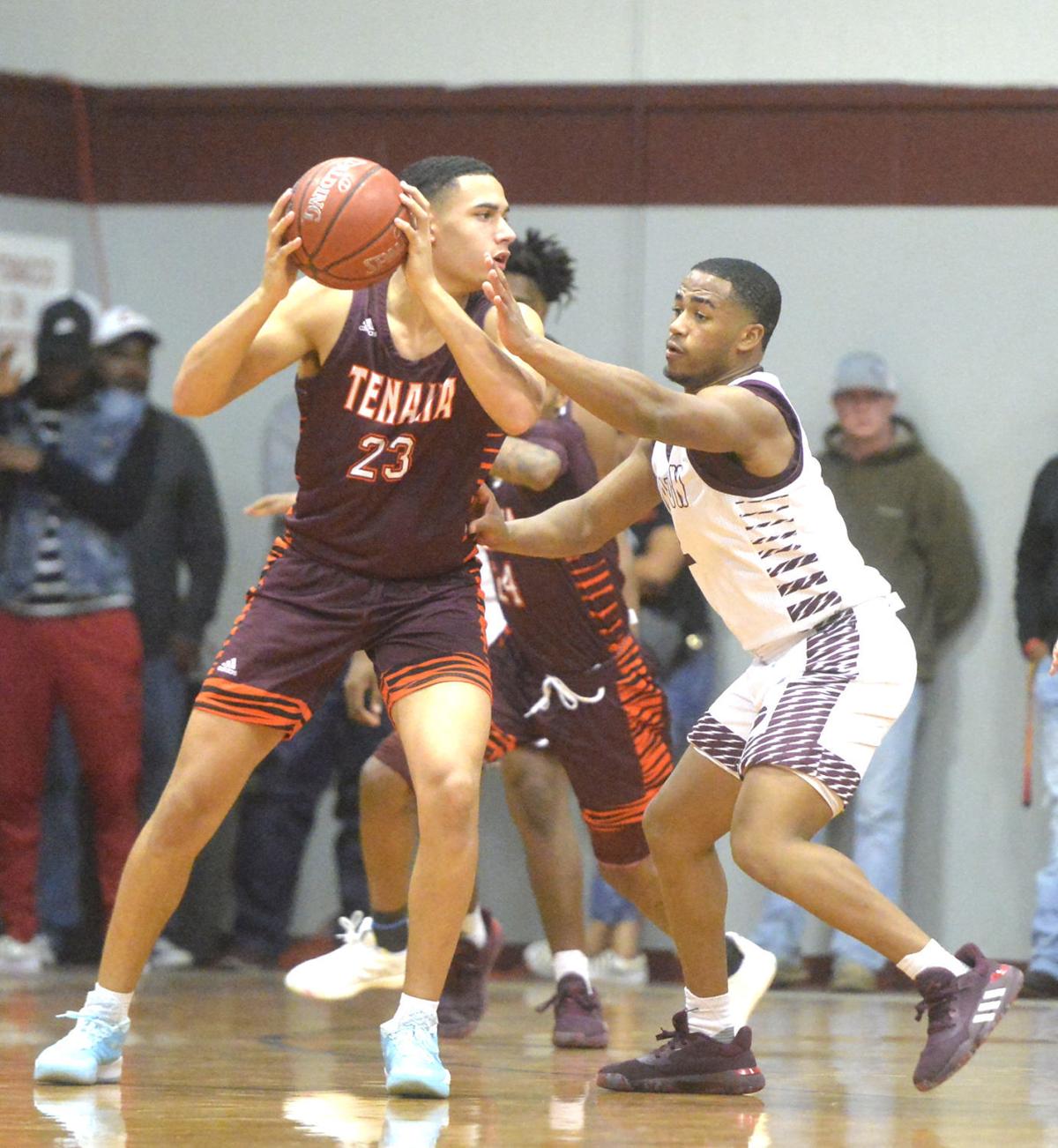 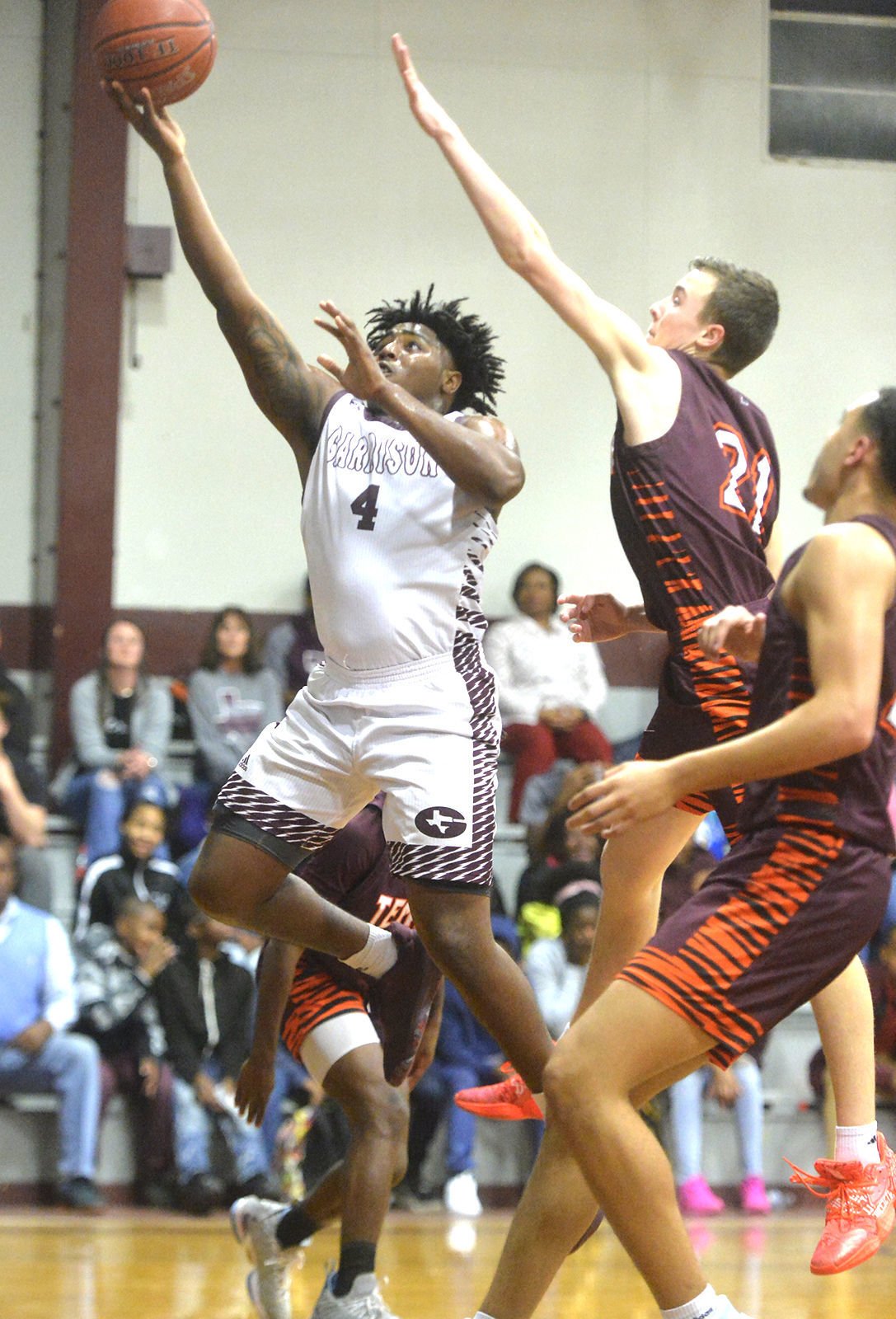 Jaterious McCallister goes for a layup in the second haf. Garrison won the matchup, 81-49, Friday night in Bulldog Gymnasium. 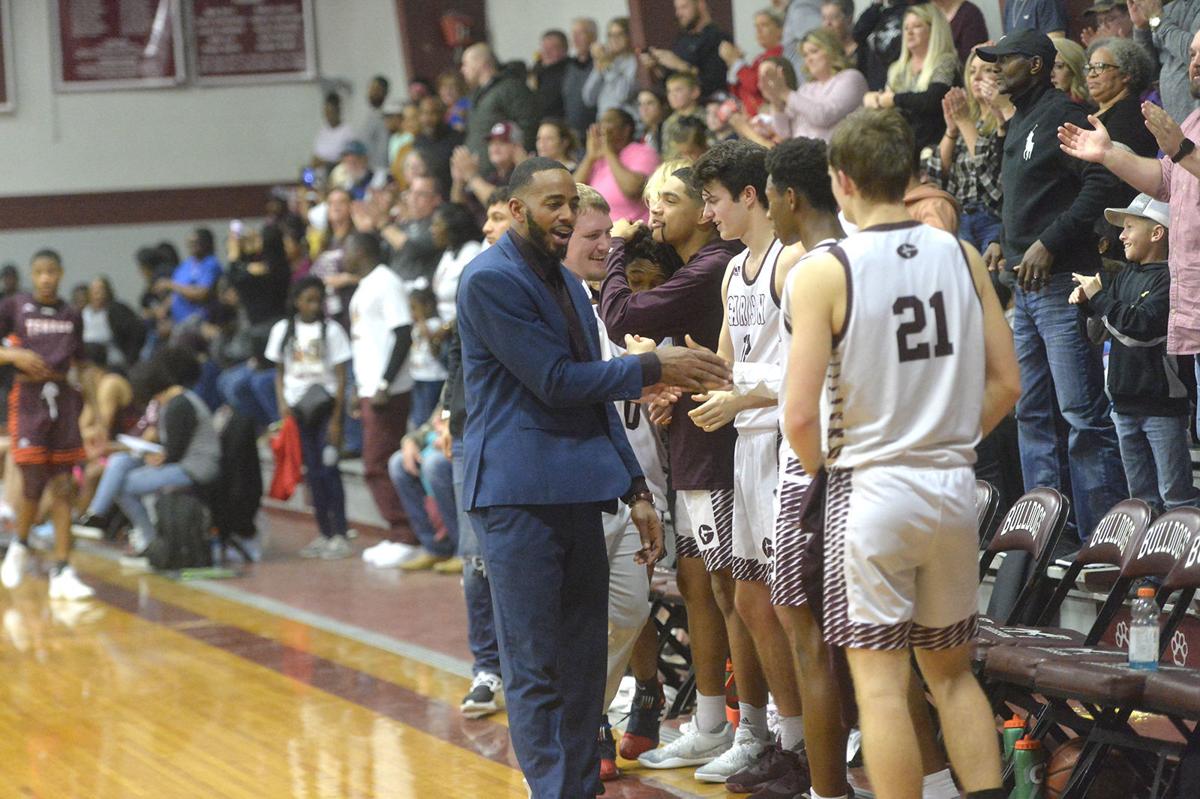 Garrison head coach Alex Cloudy shakes hands with his players near the end of a 81-49 victory over Tenaha Friday night in Bulldog Gymnasium. 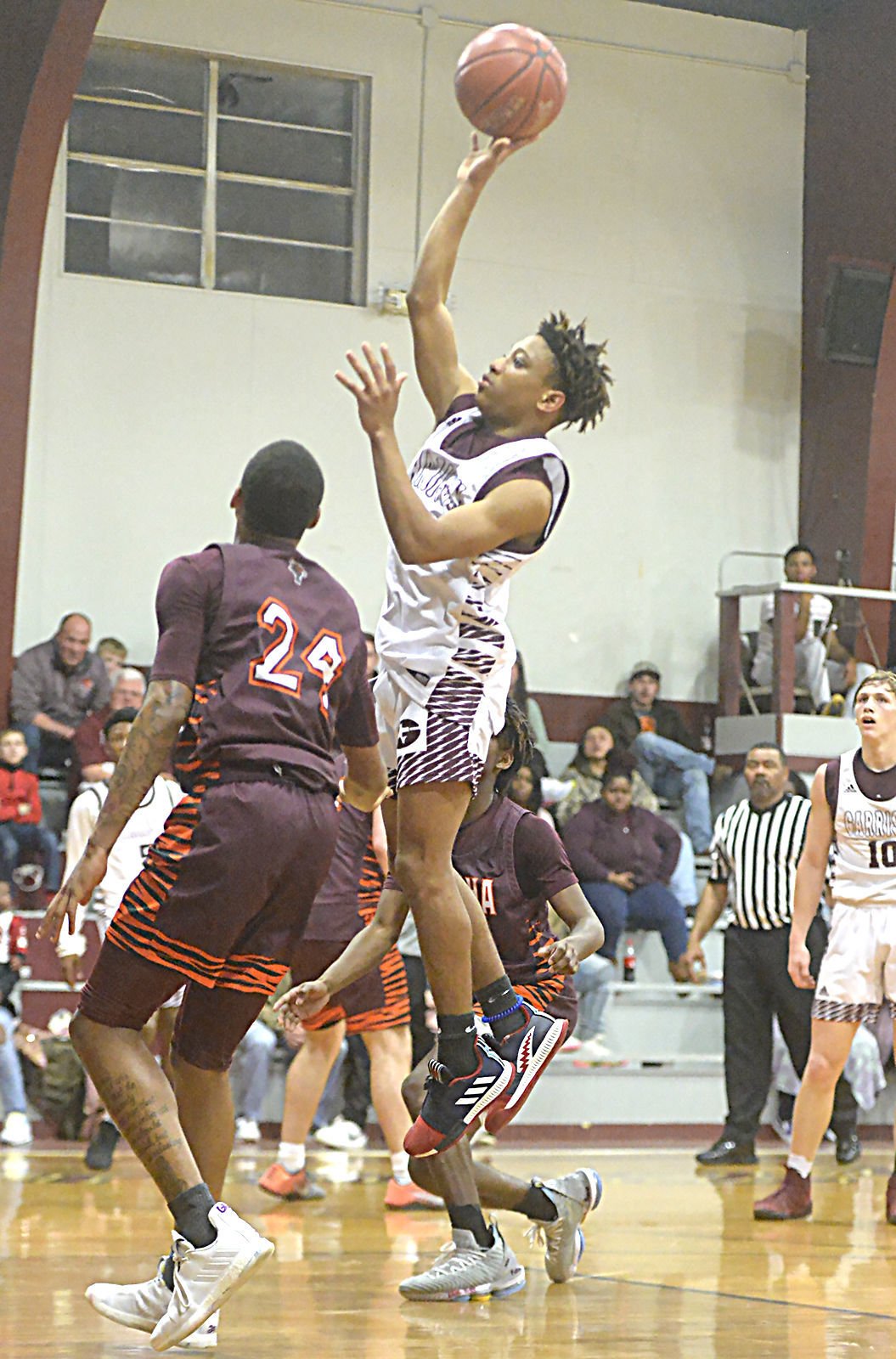 Cermodrick Bland shoots a floater in the second half of Garrison’s 81-49 win over Tenaha, friday night in Bulldog Gymnasium.

Jaterious McCallister goes for a layup in the second haf. Garrison won the matchup, 81-49, Friday night in Bulldog Gymnasium.

Garrison head coach Alex Cloudy shakes hands with his players near the end of a 81-49 victory over Tenaha Friday night in Bulldog Gymnasium.

Cermodrick Bland shoots a floater in the second half of Garrison’s 81-49 win over Tenaha, friday night in Bulldog Gymnasium.

GARRISON — At this time last year, the Garrison Bulldogs were desperate to end the season on a high note to make up for a depleted season that ended with a 4-10 district record.

This year, however, the Bulldog faithful have been graced with a renaissance of late with a team that doesn’t seem to take a wrong step, laying claim to their first playoff birth since 2012 in a win over Joaquin on Feb. 7.

According to Garrison head coach Alex Cloudy, that renaissance starts with the four seniors on the squad — Ja’Kadric Watts, Sabastion Porter, Jaterious McCallister and Christian Jernigan. And those seniors, who played their final game in Bulldog Gymnasium, led 13th-ranked Garrison past No. 7-ranked Tenaha, 81-49, Friday night.

“(The seniors) have been on the other side for so long,” Cloudy said after the lopsided win. “People wanted to play us and we had no reasons to play at the end of the season. They’re extremely excited what’s going on. They’ve turned this program all the way around.”

Cloudy unveiled a new starting lineup to the packed gymnasium, one that featured all four seniors along with sophomore Brad Reynolds. From the opening tip, everything went the Bulldogs’ way.

Tenaha scored first with a close range bucket 47 seconds into the game, resulting in their one-and-only lead in the matchup. Garrison went on to score 22 points in the first quarter, and held the usually potent Tiger offense to 13 points and forced them into six turnovers in the quarter.

The Bulldogs implemented their usual fast-paced offense and stout presence in the paint to maintain their sturdy lead. However, it was the defense that made the difference in the game.

Tenaha, who came into the game averaging 65 points per game in their previous three, were held to 15-for-55 (27.3%) from the field, and were held to single digits in both second and third quarters.

“(Tenaha) is a very talented and extremely well-coached basketball team, we just knew we had to come out and execute,” Cloudy said. “Those kids got after it. Defense is where we lay our hat.”

The Bulldogs were led by Reynolds who scored 26 points, primarily from under the basket. Following Reynolds was Jernigan and Watts with nine points, while Porter, McCallister and Freddy Christopher Jr. each scored seven points.

“(Reynolds) is an incredible sophomore. As you can tell the future of Bulldog basketball is in good hands with him and freshman Cermodrick Bland playing some good minutes. Brad is just a basketball player. He loves the game, he gets after it and is a joy to coach.”

The win breaks a three-way tie for second place in District 22-2A between Garrison, Tenaha and San Augustine. Garrison and San Augustine will square off on Tuesday in San Augustine in the final game of the regular season to solidify the district standings heading into playoffs.