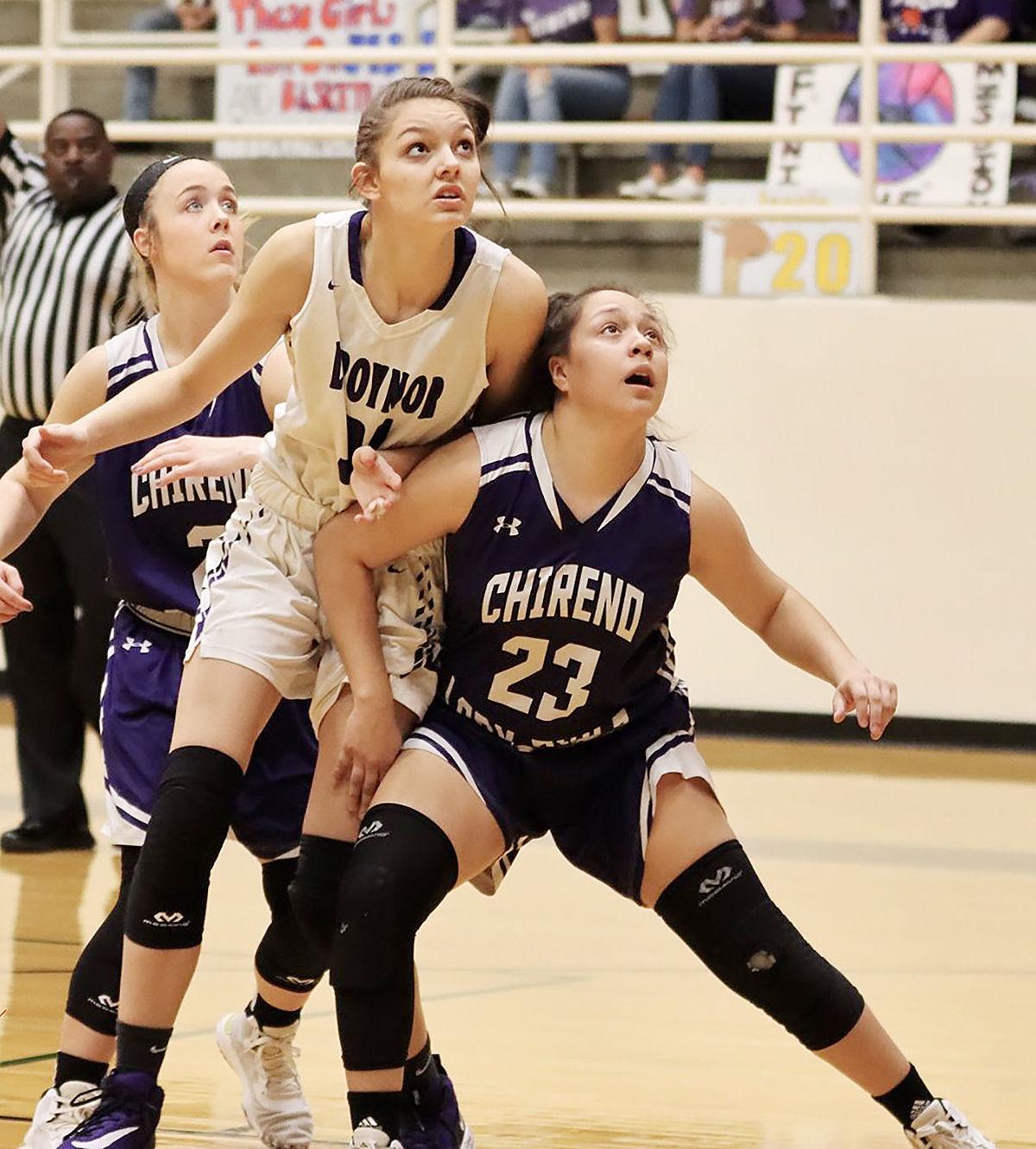 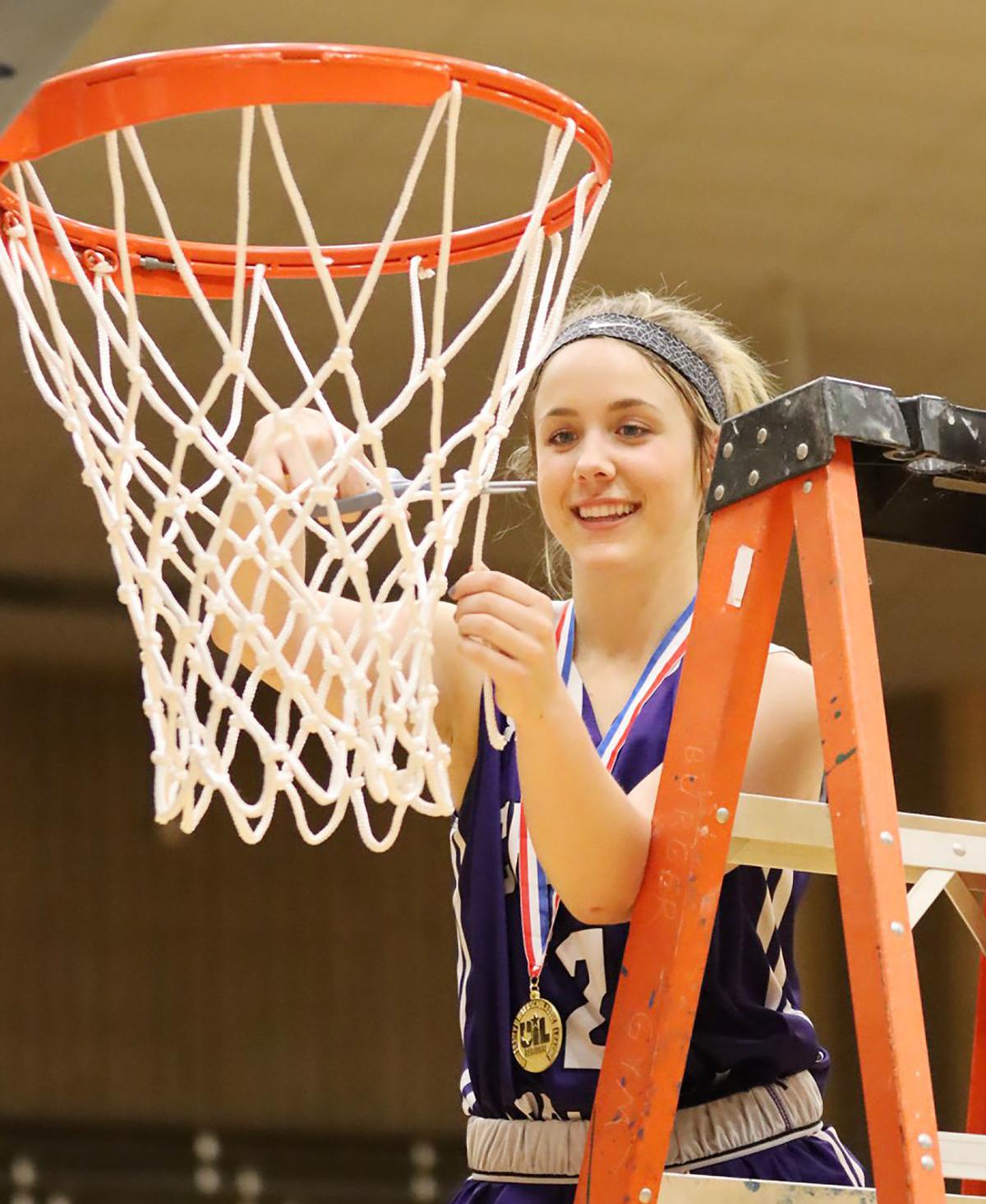 Chireno senior Jaleigh Johnson takes her turn cutting down the net after the Lady Owls captured the Class 1A Region IV Championship Saturday with a 56-45 win over LaPoynor in Burger Gym in Austin. Johnson is one of seven seniors on the squad. 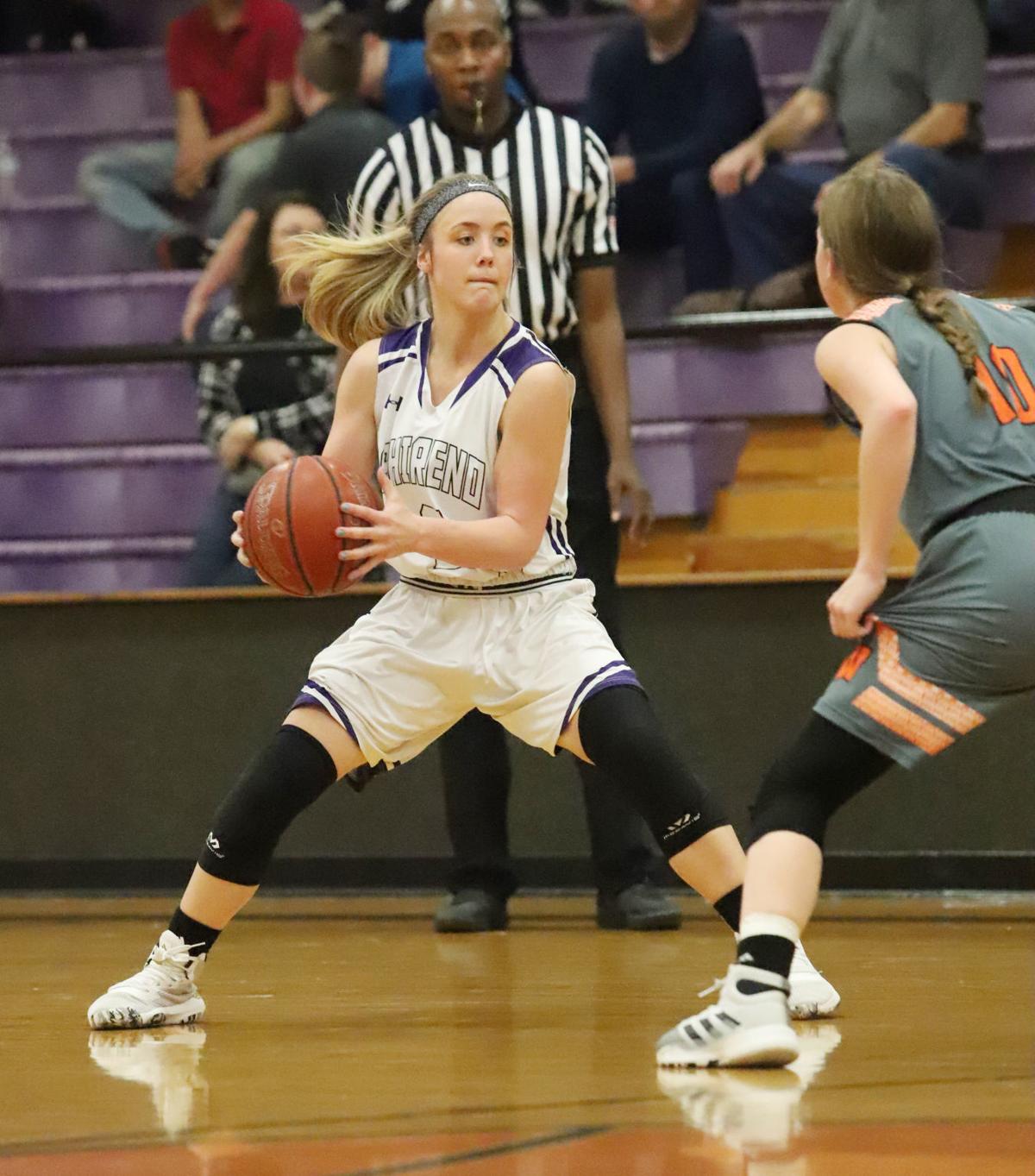 Chireno Lady Owl senior Jaleigh Johnson looks to pass the ball during an earlier regular season game against Wells. Johnson will lead Chireno into the Alamodome today as they get set to face Lipan at 8:30 a.m.

Chireno senior Jaleigh Johnson takes her turn cutting down the net after the Lady Owls captured the Class 1A Region IV Championship Saturday with a 56-45 win over LaPoynor in Burger Gym in Austin. Johnson is one of seven seniors on the squad.

Chireno Lady Owl senior Jaleigh Johnson looks to pass the ball during an earlier regular season game against Wells. Johnson will lead Chireno into the Alamodome today as they get set to face Lipan at 8:30 a.m.

SAN ANTONIO — Last year was one of both supreme excitement and excruciating pain for the Chireno Lady Owls. They came within four points of knocking off Moulton in the basketball regional finals. Then, just two months later, many of the same girls were on the squad that advanced to the school’s first-ever Class 1A State Softball Tournament. They came from behind to defeat Gail Border County, 14-8, in the semifinals, but then came up just short to D’Hanis, 9-7, in the title game in Austin.

Since that time those eight players who were members of that State run in softball have been determined not to leave a championship venue with that kind of hurt again.

Chireno head coach Giff Durham, along with assistant coach Rebel Bleile, who coached both the basketball and softball squads from 2018-19 and return again this year, will bring the 20th-ranked Lady Owls (27-9) to the Alamodome this morning to square off against No. 3 Lipan (33-3) in one semifinal at 8:30 a.m.

Chireno brings an 11-game winning streak into today’s game, while Lipan has won 18 straight. But the senior-laden Lady Owl squad isn’t as concerned about the opponent asthey are taking care of business.

“I guess you could say that because both (the softball team last year and this year’s basketball team) are going to state, we already know what we’re going to do and we know what to expect,” said junior Nelly Vargas, who is a post player on the squad and also played centerfield a year ago in softball. “We’ve been to the championship at State (in softball) and now we’re in the semifinals. We’re one step closer, so I think we’ll be okay.”

This year’s team had its ups and downs. The Lady Owls’ biggest obstacle came in the 1A Region IV Semifinals when they trailed Fayetteville 29-12 at the half. But Chireno clamped down defensively, which enabled the Lady Owls to turn on the afterburners offensively, outscoring their opponent 46-23 in the second half for a 58-52 come-from-behind win.

“We knew we just needed to calm down and play our game,” said senior Jaleigh Johnson, who is a guard on the Chireno squad and played third base on the softball team last year. “We had put in so much hard work to get there, we just put (the first half) behind us and kept fighting and give it all we had.”

Vargas said the key to this year’s team is defense.

“I think if it wasn’t for our defense we wouldn’t have won against Fayetteville,” the junior said. “In the second half of that game we started stopping the ball and creating opportunities and doing the extra things, like making extra passes and blocking out and doing the little things we had to do.”

Johnson, along with Alli Bennett, Emma Bennett, Jadey Hight, Kacee Shaw, Lexie Mooney and Noemi Ceja are the seven seniors who know this is their last opportunity to win the first-ever state title in basketball at the school.

“This is a huge opportunity,” Johnson said before the team embarked for San Antonio this week. “We have seven seniors on this team and I can’t think of anything bigger in our careers. We know we can do it. We’ve had a lot of prayer and have a lot of confidence in ourselves and each other.

“We’re prepared for this and we have the confidence to do it.”

The Lady Owls have had a strong following from their small East Texas town of 386 citizens this season. And their school is small as well, with only 335 total students in Pre-K through 12th grade. Of those, only 102 students make up the entire high school.

“Chireno fans are everywhere in this town,” Vargas said. “They go with us everywhere we go and play, and we know we have their support. We, as a team, are together when we’re up or down, and those fans are there encouraging and cheering for us.”

Giff Durham said this team is one of unbelievable grit and character.

“This whole team has contributed to the success we’ve had in all kinds of games this season,” the coach said. “We’ve got a number of girls that come off the bench and give it all they’ve got and help us to be the team we are.

“And these girls are used to playing in big games and I’m not worried about them having to play in the Alamodome. They’ve never played in a place that big, but the girls know the court is the same size, the goals are the same as they have been all year and the opponents are as tough just like we’ve played before. We’re just like the team in (the movie) Hoosiers. We’re going in there to knock off whoever we play.”

Johnson, Alii and Emma Bennett, Mooney, along with sophomores Jessie Durrett, Alaina Goodwin and Saylor Hollloway and Vargas were all members of the state tournament softball team that will be playing today. The other team member is freshman Olivia Reyna.